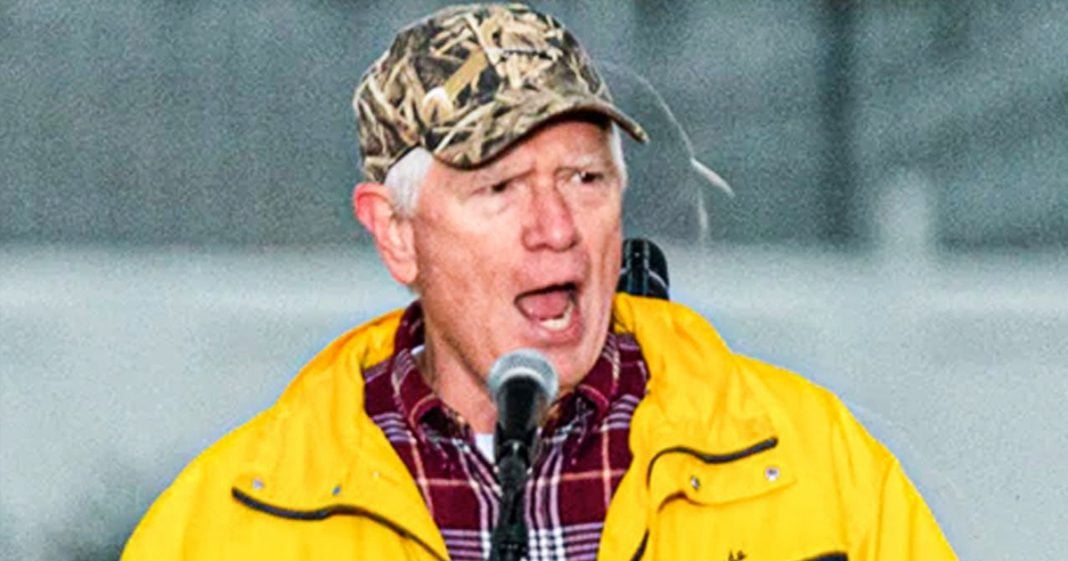 According to new reports, some Republican lawmakers were instrumental in helping to both plan and promote the “Stop the Steal” rally that turned into a storming of the U.S. Capitol. Every single one of these lawmakers should be expelled from Congress and they should be brought up on the same charges that Trump is now facing with his impeachment. This was a deadly day, and people have to be held accountable. Ring of Fire’s Farron Cousins discusses this.

Ali Alexander, uh, one of the founders of the stop, the steel movement, I guess you would call it. Um, now claims that he had help, uh, staging last week’s protest, rally slash riot turned insurrection. Um, he had helped planning this entire event and promoting it obviously by Republican members of Congress and those Republican members of Congress that, uh, Ali has thrown under the bus. Our representative, Andy Biggs from Arizona representative Paul Gosar from Arizona and representative Mo Brooks from Alabama. Those are the three individuals, the three sitting members of the United States house of representatives that Ali Alexander says. Yep. Those guys helped me put all of this together.

Now. I am glad I am absolutely beyond glad that Ali Alexander has decided to name names. Sure. It’s a characteristic of a weak individual. Yeah, absolutely. He’s a rat. He’s a snitch. He’s terrified. He doesn’t want to be arrested again, but we need to know who these individuals are. So thank you Ali, for being such a sniffling coward and uh, you know, ratting out all your buddies on this. I’m sure they’re really gonna appreciate it. They’re totally gonna trust you in the future with whatever your next right-wing grift is going to be. Now here’s the thing, uh, Olly Alexander aside, right? We’ve we’ve, we’ve addressed him. We’ve addressed his, uh, uh, involvement in all of this. We already know all that. Now these lawmakers, that’s the important thing. Ali Alexander is small potatoes compared to these sitting members of Congress. This is why we need to have the hearings.

The hearings have to take place. The hearings have to be televised and they have to sit their own members down in front of them and ask them, what did you know, what did you do? What happened as a result of that? Every one of them should have to answer those questions. And the what happened as a result of that, every single one of these members should have to sit there and say out loud, one police officer was murdered by Donald Trump’s supporters and then four Trump supporters. Uh, three of them died. One of them was killed by a police officer while trying to storm the Capitol and dozens of domestic terrorism cases have now been opened at the DOJ to look into these individuals. That’s what happened. That’s what my actions did here.

There is no way around it. These Republicans, it’s very hard to describe them as anything other than traders. They know, they know in their hearts as does Ali Alexander, that this election was not stolen from Donald Trump. I mean, go back and look at the polls. If anything, Donald Trump actually overperformed in this election. You know, maybe that’s something we ought to start looking at, right? I mean the polls show, Joe Biden dominating Joe Biden was supposed to win the state of Florida by about half a point. Steady lost it by quite a bit, you know, four, 4 million votes, huh? Maybe we should on the left start asking questions about what really happened in some of these Republican controlled States. Actually not opposed to that, by the way, I’m all for election integrity and making sure that there are no shenanigans, but I’m also not about the storm. The Capitol.

I’m going to sit here and talk about it like a rational adult. And that’s something, these people on the right are incapable of doing because they have sold their soul to Donald Trump. That is what they have done. And in fact, they didn’t even sell it. They willingly said, here, just take this thing. I’m not using it. I will do your bidding from this point forward. And that’s why bigs and GOs are. And Brooks, they went out there, they promoted this event. And now that they have seen what it’s done, they’re still trying to act like it was no big deal. Still trying to act like, well, maybe it was Antifa. Huh? Think about that. No, you know, it wasn’t Antifa because you were the one promoting it. You were at the rally. You saw who these individuals were. They’re not just Trump’s followers, they’re your followers. And you have to answer for this. And hopefully you get kicked out of the house of representatives for good, for your involvement in this.