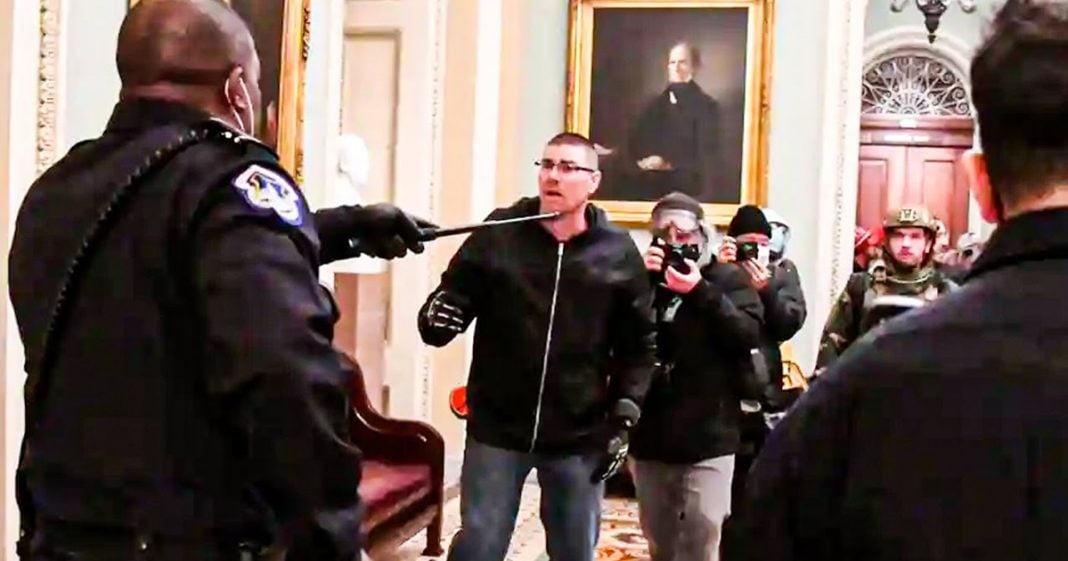 According to officers with the Capitol Police force, many of them were actually sent home EARLY last Wednesday, even though they had all been warned about the incoming threat to the Capitol. The police intentionally stood down so that the Trump supporters could do their worst, and now one of their own has died from the police force’s own negligence. Ring of Fire’s Farron Cousins explains what happened.

According to one of the police officers who works on Capitol Hill, he and many of his colleagues were actually actually sent home early, early last Wednesday, January six, the day of that stopped the steel riot. And then he says in an interview with business insider, uh, while he remained anonymous, uh, he says that we were never called back. We were just sitting, watching this from home, wondering why our phones weren’t ringing telling us, hi, um, kind of a situation we’re going to need you to come back into, But nothing. The officer says nothing. I think to me, the biggest problem with us obviously is they were sent home early. There is no excuse for what happened on the Capitol last week or the lack luster. You could call it response from Capitol Hill police. We have all known that this was going to happen. Okay? These stop, the steel people were very adamant that they post every, every detail about what they were going to do online. Prior to the event happening. It didn’t take a super sleuth. You didn’t have to have Sherlock Holmes come out and try to crack the case of what may or may not happen on January six.

No, they were very explicit about it. All you had to do was spend four minutes over on parlor, and you would see the psychos over there saying that they were going to storm the Capitol that they were going to take it back. Some even saying that they were going to kill people. So the cops knew the cops knew they had been warned. They knew what was coming Plain and simple. There is no other way. They knew they made the choice. And this is what we all have to come to terms with at this point about these Capitol Hill police officers, they made the choice To lay down And let those psychotic Trump supporters storm the Capitol. They made that choice. That was a decision that they collectively came to, or at least those at the top collectively came to. And what happened as a result, One of their own, an officer murdered by these Trump supporters.

Another officer had to murder one of the stop, the steel people. So he’s going to live with that. Knowing I just shot a woman in the neck, in the U S Capitol. All of this violence could have been prevented, had the Capitol police heated the warnings, hell, I mean, we were doing segments on it, on what was going to happen on what they were saying online days before any of this happened. And I openly questioned why the police weren’t going out and arresting these individuals. Now, why were they waiting? Why were they letting them go into DC? In the first place? They’re issuing death threats on their social media and the cops are just sitting back Mo they’re probably probably empty threats. It wasn’t an empty threat. And now a police officer’s dead. Four other individuals are dead because Capitol police made the decision to not do anything proactive to stop what happened last Wednesday.