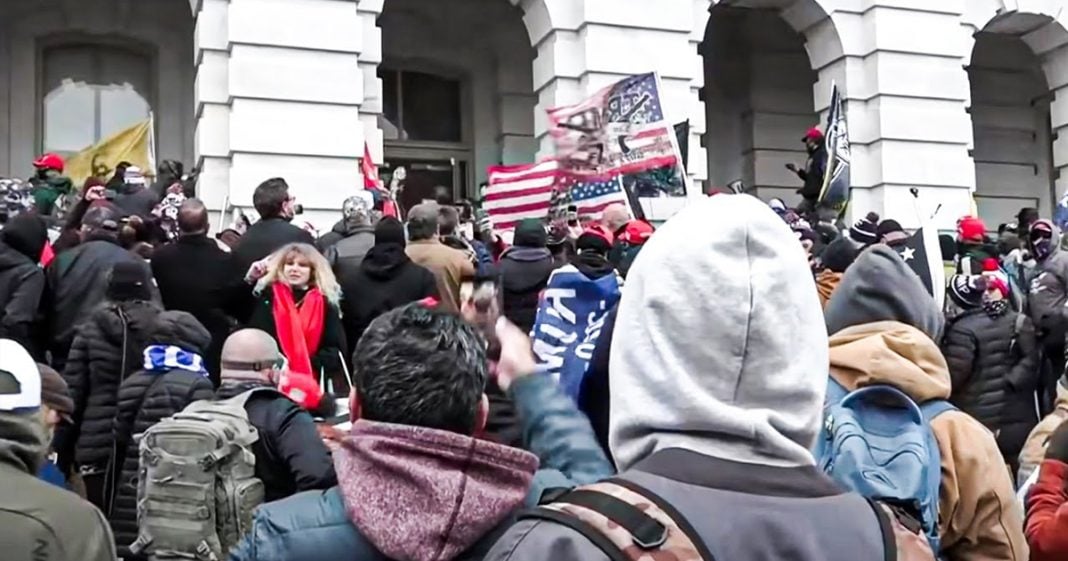 The right wing morons who uploaded their videos and photographs of themselves storming the Capitol last week have found out the hard way that this was an incredibly stupid move. And now Parler could be in the unfortunate position of having to turn over all of this information to law enforcement officials who are still trying to track down all of the insurrectionists. Ring of Fire’s Farron Cousins explains what is happening, and how ironic it is that Parler is what could take down so many Trump supporters.

The FBI is asking for people’s help to identify certain individuals who stormed the capital, uh, last Wednesday. But what the FBI should be doing is just asking parlor for their information, which as a federal law enforcement agency, they are absolutely allowed to subpoena from that company. Here’s what’s already happened so far. You see a lot of these individuals who stormed the Capitol uploaded footage of themselves. They’re doing these things. You know, here’s a video of me. Here’s a picture of me. I’m posting it to my account with my name on it. And it had their GPS coordinates when they uploaded the footage, it revealed to parlor, not to the public where the individual was located when they uploaded the footage. That’s what happens. You know, that’s part of the reason we got to do a better job with cybersecurity here in the United States. But nevertheless, your data’s there.

Your information is there and parlor has it. And now law enforcement officials have been doing a fairly decent job of identifying these individuals through the videos they have posted under their own names. So they’ve got a lot of them. You’ve got 25 open domestic terrorism cases right now at this point, that number is expected to increase. Uh, there has been a couple of hundred arrests, I think at this point. And yes, they’ve gone through, they’ve looked at these people’s social media and it turns out the vast majority of them have been long time. Trump supporters, no evidence at all, by the way, contrary to what Republicans say that any of these people were members of Antifa or any other left-wing organization. Nope. They’re Trumpers and parlor holds the key parlor by allowing these people to upload these videos and photographs has already unknowingly, uh, allowed some of them to be arrested.

So thank you parlor for that. And even though you’re kind of in limbo right now, not knowing whether or not you’re going to continue to exist. The information that you have is valuable and lawmakers know that, you know, I’m not giving away the game here by saying this publicly, uh, not the lawmakers, excuse me, law enforcement officials. They know you have it. And if you haven’t already been subpoenaed for, it might want to buckle up because you’re going to have to go ahead and rat out to the feds. Every single person that used your platform form to promote their crimes, to brag about their crimes. How great is that poetic justice, by the way, this right wing organization there’s right wing platform put together because Twitter was allegedly not a place for free speech is going to be the downfall of a hell of a lot of Republicans that my friends is poetic justice at its finest.