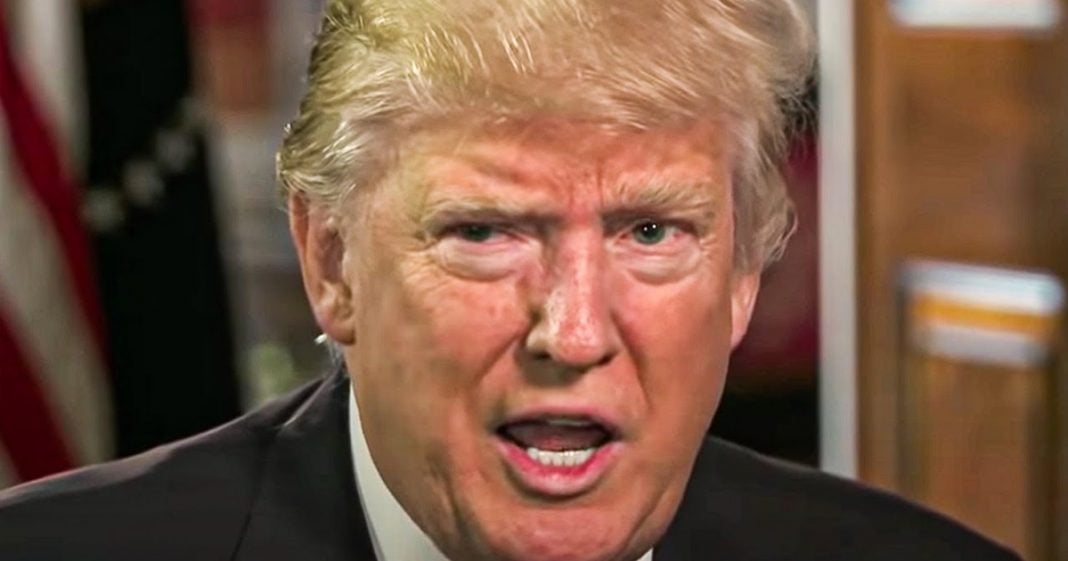 On Monday, Democrats put forward their resolution to impeach Donald Trump a second time, this time for inciting the riots and the insurrection that took place last week on Capitol Hill. This motion came after Democrats in the House tried to get Republicans to do the right thing and use the 25th Amendment to immediately remove Trump from office, but the Republicans refused to take action. Ring of Fire’s Farron Cousins explains what happens next.

On Monday, Democrats in the house of representatives, uh, released their single article of impeachment against Donald Trump. And that single article is for inciting the violence, the riot, and the insurrection, for lack of a better term that took place on Capitol Hill. Last week. Now, before they introduced this article, they gave Republicans an opportunity. They gave Republicans the chance to do the right thing. They introduced a resolution to call on Mike Pence and the remaining members of Donald Trump’s cabinet to invoke the 25th amendment to remove Donald Trump from office Republicans in the house, rejected that resolution after the resolution was rejected, Democrats then moved forward, introducing their single article of impeachment and, uh, as evidence for their article of impeachment, they cite. One is nonstop lies about election fraud that got his base all riled up and to his speech that morning, that last Wednesday morning at the stop, the steel rally as inciting the violence that then took place.

I wholeheartedly support this impeachment effort. I think it is absolutely necessary. I think it’s going to be wonderful, uh, for Donald Trump to be the first president to be impeached twice. Uh, obviously not optimistic at all that the Senate is going to remove him, but Hey, stranger things have happened, right? I mean, Cleveland Browns beat the Steelers on Sunday night. So Hey, we’re living in a world where anything is possible at this point, but I want to hit back on the original point. The Democrats ever playing nice with Republicans actually gave them the opportunity with that initial resolution to do the right thing. They gave Republicans in the house, the chance like, Hey, you can do it right now. You can call on your party. The guy Mike Pence, the vice president, the guy that your supporters, uh, are, are now saying should be hanged. Ask him to take care of Donald Trump to get him out of office.

And even though Pence has now been the subject of death threats, his own party says, Nope, Nope. We’ll stand with Donald Trump Crump. Uh, that’s going to be hard for Mike Pence to live with like Pence has to understand right now you have no friends since you have no friends, which by the way also means you have nothing to lose. Mike, hence you still have the opportunity to be the hero they already hate. Gotcha. They all hate you. You could just ahead and say, screw it. Y’all going to be like this boom 25th amendment. You got four days to prove to us that you’re fit enough to be president. You can’t do that, obviously. So Hey, get on out. But he won’t. Cause even though he’s the recipient of all this horribleness, he’ll just go right along with it because Republicans are spineless. And even though they’re watching in real time, as their party gets destroyed, they still won’t stand up to Trump. Even when they have nothing to lose that. Ladies and gentlemen is how pathetic Americans’ Republican party is.