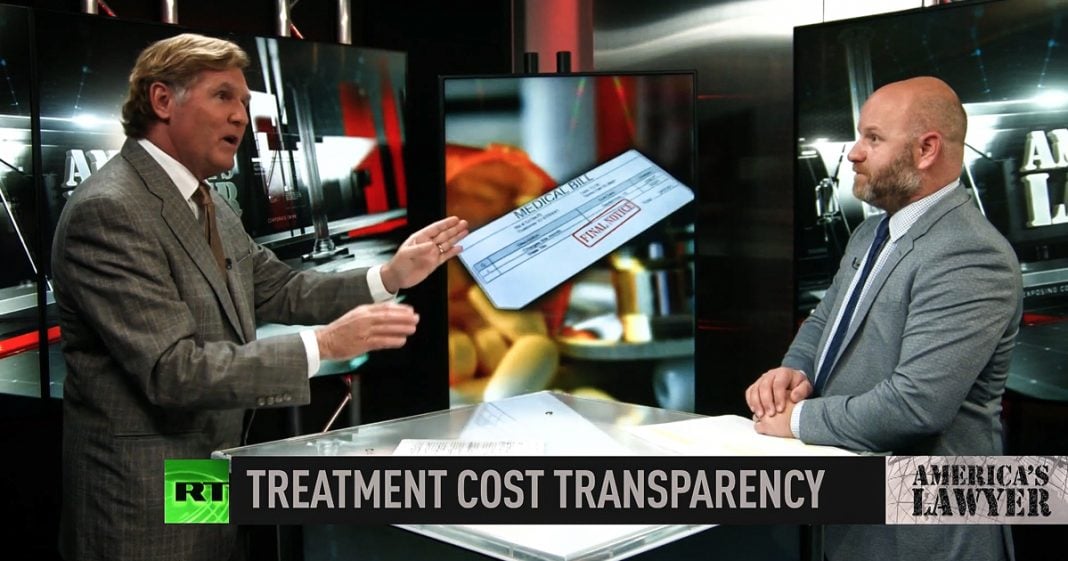 Via America’s Lawyer: A federal court has ruled hospitals must disclose all healthcare costs to patients before they undergo treatment. Mike Papantonio & Farron Cousins discuss more.

Mike Papantonio:             And finally tonight, some good news. The federal courts ruled that hospitals can no longer hide their costs from consumers, at last. I’ve got Farron Cousins talking, to talk to me about that. You’ve done stories on this in the trial lawyer magazine over the years. This is, this is important because transparency has never, ever existed in the hospital setting has it?

Farron Cousins:                  Right. And that’s one thing people need to understand, you know, it’s, it’s not just enough to know, you know, stop surprise billing, which is something we still have to deal with, but we have to understand how much we’re being marked up. And that’s what this is about. This is not about actually lowering the costs for anybody. It’s just, you need to see how badly you are getting worked over by these hospitals. And that is a good thing because as soon as the public can become aware, as soon as you can get that outrage, from outrage comes action. And then we can see some real movement on the cost saving procedures.

Mike Papantonio:             In other words, that’s what they get to see. And, and we also get to see that hospital’s scam and the scam is charging different amounts, according to who’s paying.

Mike Papantonio:             If the insurance company’s paying is X, if there’s no insurance, it’s, it’s Y. So this, this procedure of, this idea of, of transparency, when it first hit, started hearing about it, I thought that it had no chance because I, you know, Republicans and Democrats alike, they don’t want to mess with the pharmaceutical industry. They don’t want to mess with the device industry or the hospital industry. But this seems to be both sides on the side of this. What is your take on that?

Farron Cousins:                  Well, I think it’s because the argument coming from the hospital associations, who fought against this, was just so weak, you know, trying to say, no, it’s our first amendment right to not tell you how bad we’re working you over here. I think everybody had to look at that and say, look, I probably would be on your side, but you have come with the weakest, absolute weakest argument you could imagine, that was almost designed to fail at that point.

Mike Papantonio:             Yeah. Under this, you’re going to have a detailed, a transparent detailed bill. It’s going to say aspirin $50, wipe, sanitary wipe, a hundred dollars. You’re going to see that. That is going to drive the outrage. I think, the insurance industry already knows about it, but I think mom and pop need to understand how badly they’re worked over by a new entity. It is the hospital, hospital corporation, the hospital corporation, when they started developing both you and I have talked about.

Mike Papantonio:             You used to be able to go to hospital and get care that you could be proud of, not with the hospital corporation, just like another corporation. Got about two seconds.