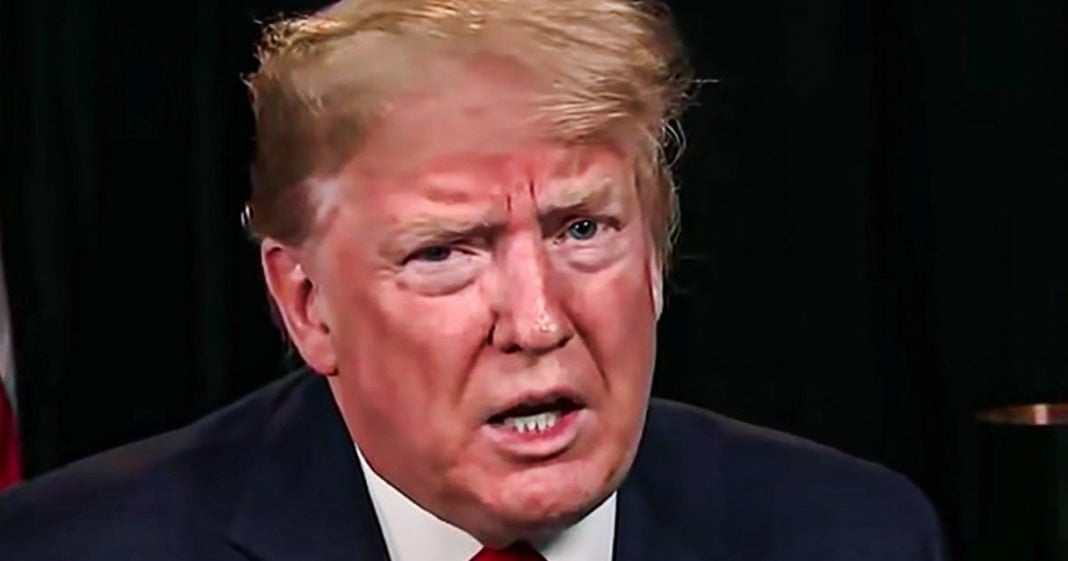 According to a new report, Donald Trump asked investigators working for the Georgia Secretary of State to go and “find” evidence of voter fraud in the state. He then proceeded to tell the investigators that whoever could find this evidence would likely be forever regarded as a “hero” for their efforts. This could easily be viewed as further election interference by the President, making prosecution far more likely than it previously was. Ring of Fire’s Farron Cousins discusses this.

It was revealed by 60 minutes on CBS this past weekend that Donald Trump did in fact speak to other people in the state of Georgia, including investigators working for Georgia, secretary of state, Brad Raffensperger. And he specifically, according to people familiar with this phone call, asked these investigators to go out and find evidence of voter fraud in their state. Now, if that were the end of it, if he said, look y’all know what happened, go out there and find it. Okay. And Oculus enough statement, right? That’s not something for anybody to get worked up over. That is what you do. Tell investigators, Hey, go find this stuff. This is what you’re hired to do. Go, go find the thing. You know, if it’s not there, you don’t find it whatever, but go and do your job basically is, is what it could be construed that he is telling them if that was where that conversation ended.

Uh, but according to those familiar with the call, that’s not where the conversation ended. Trump. Didn’t just say, all right, y’all go out there. And you find that evidence. Nope. He took it a step further into what is likely according to a court of law, uh, to be considered interference, a person briefed on the call said, Mr. Trump then told the investigator that they would be a national hero if they found evidence of fraud. But no evidence was found that would change the outcome of the election. Still on the call with the Georgia secretary of state, Mr. Trump badgered reference burger with fantasies of criminality. Oh yes. There was plenty of criminality, right? Including telling somebody who was actually trying to find voter fraud that, Hey, I tell you what, if you can do this, you’re going to be a national hero, right? Yeah. You know that, right?

Yeah. It could be seen as coercion that could be seen as almost a form of bribery. Yeah. That phone call is a problem for Donald Trump. The man who could already be facing charges in the state of Georgia, this phone call is not going to do him any favors Dow. It is unlikely to yield him, uh, any additional charges. But what it is going to show is the desperation of a man who so wanted that state to flip that he was willing to do anything in his power to do it. If it was coercing a state official, a state investigator with these lofty promises of you’re going to be a national hero, Oh, everyone is going to adore you. You’re going to get all of the admiration that you have ever wanted. All you’ve got to do was just find evidence of voter fraud by adding in that other part, the you’ll be a national hero. Suddenly the find evidence of voter fraud could be interpreted to me, uh, to mean go out and create it, find it by any means necessary. And you will be a hero. Every word matters in court. Every statement from an individual matters in court, the words they use, the inflection on those words matters. And if Trump had just said, go out there and find that evidence of voter fraud, there’d be nothing wrong with that. But by saying, go out there and find me some voter fraud and you will forever be a hero. Yeah. Kind of hard to mistake what he was telling them to do there.