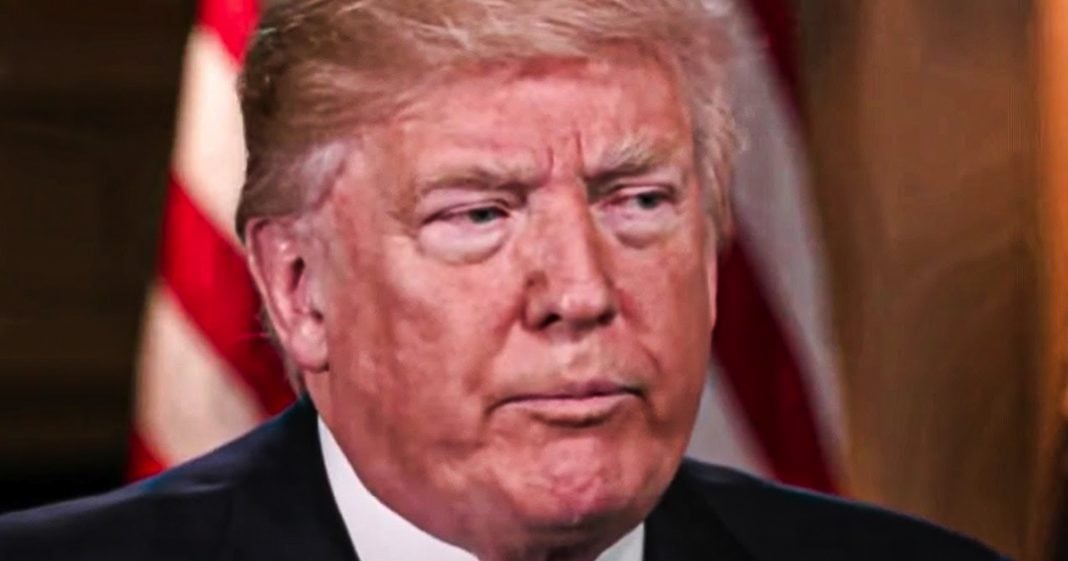 Republicans are now claiming that impeaching Donald Trump for a second time would just be too darn divisive at a time when the country just needs to heal. The real reason they are against impeachment is because it is going to put them in the tough position of having to publicly stand up to the President, or publicly admit (with their vote) that they are secretly ok with everything he has done. Ring of Fire’s Farron Cousins discusses this.

Now the Democrats are really kind of uniting around the fact that we have to do something to get Donald Trump out of office before his term ends. Republicans are suddenly terrified. Please, please. Mr. Mrs. Democrat, do not move forward with a second impeachment hearing. We had this time they’re telling us need to heal unity, not division. And unfortunately an impeachment is all about division and you don’t want that. We, we all want to get along together. It’s what we’ve always wanted. Democrats, please don’t do this. There’s a letter signed by a bunch of spineless idiotic, uh, Republicans, including, uh, Ken buck from Colorado Thomas Massie from Kentucky. Uh, Tom McClintock from California, Nancy mace from South Carolina chip, Roy of Texas Kelly Armstrong in North Dakota and my Gallagher. Um, and they all send a letter to Joe Biden and it said in the spirit of healing and fidelity to our constitution, we asked that you formally request that speaker Nancy Pelosi discontinue her efforts to impeach president Donald J. Trump a second time, a second impeachment only days before Republican Trump will leave or president Trump will leave off.

This is an unnecessary is as unnecessary as it is inflammatory. Yeah. You know what else is pretty inflammatory. Uh, the fact that his supporters murdered a cop in the Capitol building the other day. Yeah, that was pretty inflammatory. Huh? You’re pretty silent about that though. You know, you’re, you’re supposed to be the blue lives matter group and then your own killed a cop in your house basically. And your son and the cops are silent too about it. That’s interesting. Right? Very interesting. I think that the cops have been so silent about this, huh? Yeah. We’re not going to listen to you by the way. I don’t care if it’s divisive. It’s really not majority of people. 56%, according to ABC news, zip SaaS, polling of majority want Trump out before his term’s over. So shut the hell up about being divisive because most people actually want this.

What’s you’re scared about is that you would have to vote against Donald Trump and that terrifies you because you know that in order to create more Goodwill with the public, you would have to go along with the impeachment. But that is going to off Donald Trump, who you still love, and you’re not willing to do that. So you would then vote against impeachment. You would off the public and Oh my God, you don’t know what to do. You’re torn. So you write this pathetic little letter showing how weak you are to Joe Biden. Begging him, please, Joe, please don’t do this. I can’t think for myself, a Republican impeach him, convict him, remove him, then send them up to the courts in New York to go for his depositions and his trials up there. That’s what needs to happen to this man. He should not be allowed to finish his term.

And do you want to know why? If he finishes this term, even though he already did go through one impeachment, he still gets his pension. He still gets a secret service protection. Taxpayers will still for the rest of his life, pay for a staff and office for him. We’ll be paying for this man for the rest of our lives. If he is removed from office before his term is over, he gets none of that. No pension, no secret service, no office, no staff, nothing that alone to me as petty as it is, is one of the best arguments for making it happen. Get him out and get him off the taxpayer’s dollar. That should be the priority for Democrats this week.