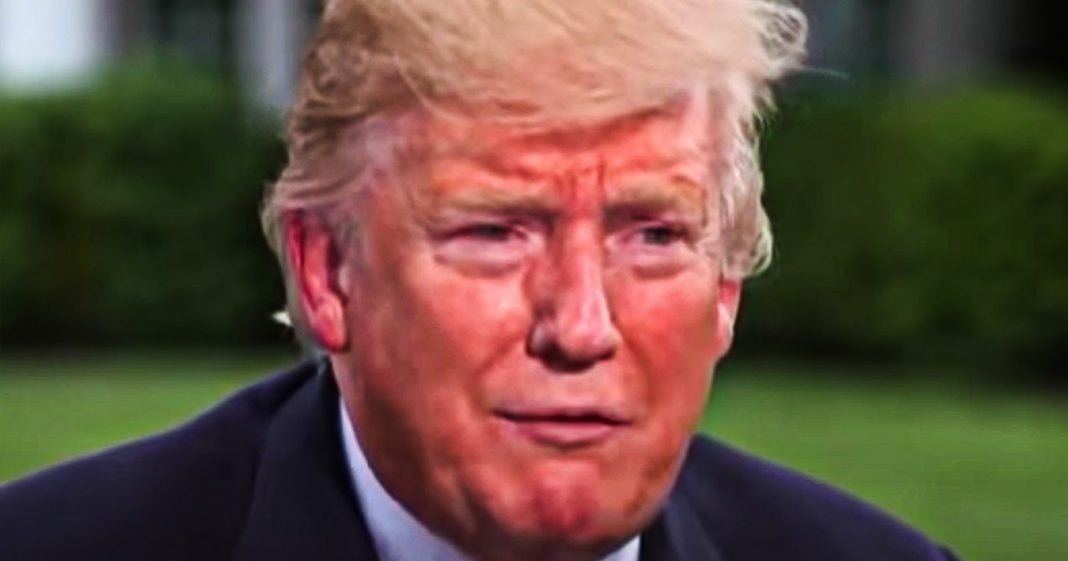 Hindsight is 2020, and we’re beginning to see a lot of that right now among Republicans. According to a new report, Republican senators are now “anonymously” saying that they wish they would have done more to stop Trump over the past four years. This is likely less about his recent insurrection and more about the fact that his actions hurt their party, as Ring of Fire’s Farron Cousins explains.

Republican senators are now starting to learn that maybe it was a bad idea to just go along with every single thing Donald Trump said and did for the last four years, a new report from the Hill says that many Republicans are now regretting not doing more to reign in Donald Trump. And who are these brave Republicans who finally understood that hindsight is 2020? Well, we don’t know because they spoke on the condition of anonymity. That’s right. These, these brave Republicans who had this change of heart, this sudden realization that we have to stand up to Donald Trump, refuse to tell us their names. So not going really well with the whole standing up to Donald Trump thing right here is what one of them had to say. We should have done more to push back both against his rhetoric and some of the things he did legislatively, the mistake we made is that we always thought he was going to get better.

We thought that once he got the nomination, and then once he got a cabinet, he was going to get better. He was going to be more presidential. Cool. I’d love to know who to attribute that quote to though. See what I mean here, folks. This is all empty hollow rhetoric. That means absolutely nothing. And the Hill put out like a nearly seven page report on this. Why it’s a waste of space. Don’t allow these Republicans, the opportunity to rehab their images like that. This is ridiculous. This is pathetic. These Republicans do not deserve the opportunity to even go out there anonymously and say, Hey, we may have screwed up over the last few years. And here’s the thing. They don’t think they screwed up because they disagree with his policies. They don’t even dis uh, think they screwed up because they disagree with the insurrection.

They think they screwed up because they see the damage that what happened last week is causing to their party. That’s what this is. This is about, self-preservation not self realization that, Hey, we need to do more to help the working class. I see it. I get it now. No, they didn’t have some kind of spiritual awakening. What they have is poll numbers. That look pretty, pretty bad right now. And they understand that they’re going to have to run for office. Again, most of them are. Some of them, those in the house are going to have to run for office in just two short years. That’s not a lot of time for the public to forget what happened last Wednesday. So sure. They’ll speak out, but I guarantee you much like this report here, we’re not ever going to know who they actually are. It’s going to be these anonymous Republicans who swear, swear on everything that dang it. If you give me another chance, I’m going to be so brave. I’m totally going to take on Donald Trump, please. For the love of God, don’t tell anybody that I’m telling you this though. Yeah. They totally found a backbone. They’re totally going to change right now. You want to make the world understand that you’re serious about what you’re saying here. Then how about you start with telling us who you are until then nothing in these reports should be believed.