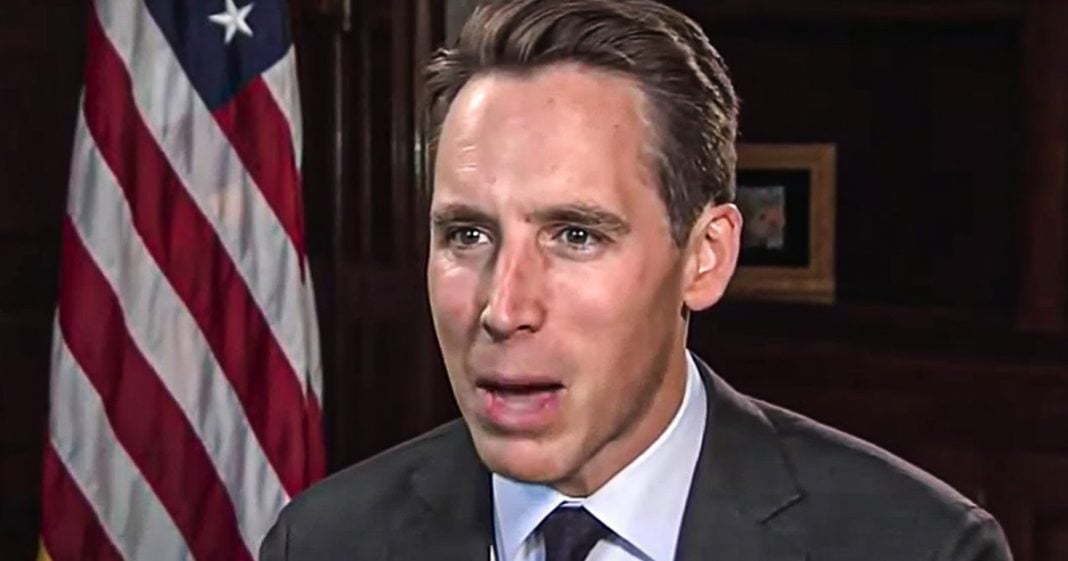 Corporations and donors across the country are starting to turn their backs on the Republican lawmakers who put up challenges to the electoral college votes last week. This could be a huge problem for Republicans with 2024 Presidential aspirations, and it also shows just how much power these donors have over our entire political process to begin with. Ring of Fire’s Farron Cousins discusses this.

I’ve always said that if you wanted to send a message to the Republican party, the best way to send that message to them was through their wallets. And that is exactly what some of the Republican party’s biggest donors decided to do over the weekend. Uh, now we had already talked about the fact that Josh Holly had lost his biggest donor, a guy out in Missouri who had given him over $4 million, uh, for his first campaign, which basically amounted to about half the money that Josh Holly had raised for his first Senate campaign. His donor spoke out about Holly’s challenging. The electoral college said, I will not support this anymore. You just lost me after that.

That’s how the cycle works. Look, we just came off of an election and I know we’re all suffering from a little bit of election fatigue, but these politicians turn right back around and start raising money for their next run. I mean, the house of representatives, those elections are two years away now, like it’s right around the corner. They have to start raising money and losing the financial well of these companies here is going to significantly hurt them. So they’re going to have to shape up and do whatever it is that JP Morgan or Citi group or whatever want them to do. But that’s not how the system should work either. Look, I am all for Republicans changing the world way. They are. I’m also all for getting rid of any and all corporate money in our politics. 100%.

And I do not believe that withholding corporate money is the tool we should use to force Republicans to do whatever it is. They’re trying to get Republicans to do here. Corporate money has no place in politics. And that’s what this story is really about. Yes. Ha ha. It’s funny. Republicans are losing money from their corporate donors. Great. That’s wonderful. Democrats are too cool. We don’t want them to be taking banker money anyway, but at the end of the day, these bankers withholding their money from these individuals is going to force these individuals to change their behavior, but it’s not going to be changed their behavior to benefit us. It’s going to be changed their behavior. If you’re to benefit these corporate donors, That’s the problem. That will always be the problem until we get corporate money out of politics forever.