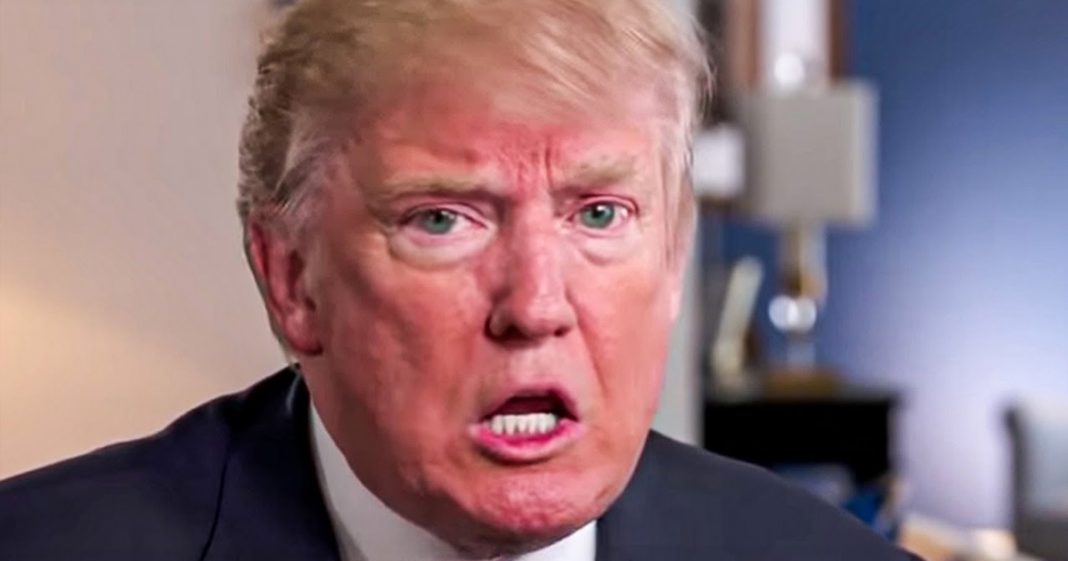 Donald Trump lost a very powerful microphone this week when Facebook and their affiliates removed his accounts from their sites and issued an “indefinite suspension.” This is devastating for Trump, as his power comes from being able to talk at people. While he still has his Twitter account, the chances of that one being taken away after he leaves office are increasing by the day, and Ring of Fire’s Farron Cousins explains what that could do to Trump.

Well folks, I got some sad news for you. If you sent Donald Trump a friend request on Facebook this week, he is not going to accept it because I’m sure as anybody who’s been reading the news this week understands Donald Trump has now been indefinitely suspended, which is just a fancy phrase for banned from both Facebook and Instagram, which by the way, is owned by Facebook. So that’s that now Twitter on Wednesday, the day of the insurrection, um, suspended his account for just 12 hours and they deleted three tweets that he had sent out a 12 hour suspension of his whole account. It’s weak T but the fact that Facebook, uh, effect Mark Zuckerberg, I mean, here’s the quote. He said, uh, Trump used the platform to incite violent insurrection against the democratically elected government. I mean, that’s from Mark Zuckerberg. Sarker Burke said that. And he said, where did we’re not going to have that? Like, you’re out, you’re gone. You’re done, dude. Good bye.

Now there’s two things I need to talk about with this first and foremost, the microphone issue. And I have mentioned this plenty of times in the past, but I’ll say it one more time here just to refresh memories or talk to any new people who may not be familiar with it. Social media has Donald Trump’s biggest microphone. Had it not been for social media, Donald Trump would not have been nearly as loved or as successful, uh, in his campaign. Absolutely not. That is how he talks to people. That is how he lies to people. That is how he manipulates people think about it this way. Most people on this country are not going to a Trump rally. However, a lot of people in this country, tens of millions, follow him on Twitter. They see what he says, and they either use it to be enraged or use it to praise him.

Facebook is not quite as powerful as Twitter, but it is powerful in its own. Right? And now he’s lost that one. So all he has is Twitter and Twitter has made it clear that they’re pretty much planning on banning him as soon as he leaves office. So yeah, I mean, they did issue that statement again, I think a week and a half ago saying that, yeah, January 20th, just to remind your buddy, he loses protections and he has just the same rights as you, if he screws up, he’s gone. So I think Twitter eventually will end up banning him and taking those microphones away from him is absolutely going to destroy any political future. This guy thinks he may have. But the second thing here, why is Facebook suddenly like, all right, screw it. Get him out of here. Zuckerberg’s mad. Zuckerberg is very mad. Zuckerberg has spent the last four years bowing down and licking the boots of Republicans so that they wouldn’t come in and break up his tech giant. And how did they reward him? Even after he gave money to their campaigns. And he met with them in private, I mean, hell Zuckerberg even met with Tucker Carlson and Glenn Beck. He went to the white house to meet with Trump. And how was he rewarded for his loyalty to them?

Well, the DOJ antitrust law suits. So yeah, Zuckerberg is. Now Zuckerberg deserves the DOJ antitrust lawsuit, absolutely 100%. And I hope he loses everything, but it’s also kind of fun to see. Like, Dude, that’s what happens when you cast your lot in with these Republicans, they want everything from you, but they won’t do a thing to help you in return. So I’m glad you’re turning on them. Problem is you never should have been on their side in the first place. Uh, you also should never have engaged in monopolistic behaviors either, but Hey, that’s a conversation for another day. It’s karma karma all the way around karma for Zuckerberg, karma for Trump and karma for everyone in between there, because Zuckerberg is still angry. And I have a feeling of he’s going to ban Trump for this. Some of these other Republicans out there still pushing for it. You may be next.