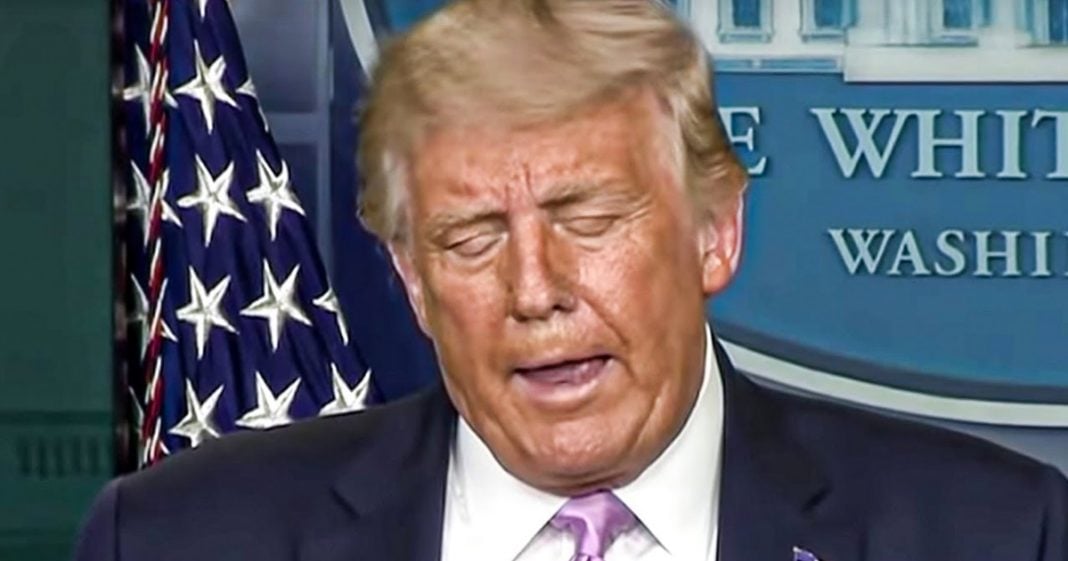 According to the numbers, the last time a political party lost the White House, the House, and the Senate in a single term was in 1932, meaning that the Republican Party being ruled by Donald Trump was the biggest political loser in the past 100 years. This isn’t surprising in the least, as the Party hasn’t had a new idea in 40 years, and the public is quickly catching onto that. Ring of Fire’s Farron Cousins discusses this.

Do you remember back when, uh, Trump told us that there was going to be so much winning that we were actually going to get tired of winning? Well, it turns out now, according to the latest numbers and those latest numbers are from Georgia. Donald Trump has actually been the biggest loser in American politics in a hundred years, not since the year, 1932, which I know is a little under a hundred years, but it hadn’t happened a few years before that either, but not since 1932 has a president lost the house and the Senate and then their own reelection during their first term. So yes, Donald Trump, the man who loves to call other people, losers is officially the biggest political loser since 1932 in the United States. Think about it this way. Folks, when Donald Trump took office, what did he have? He had the house, he had a good majority in the house.

He had the Senate, he had everything he needed. And then we started having some special elections here and there. And he decided to throw his hat into some of these and say, Hey, I support this person. Boom, they’d lose. Well, I supported this one. Boom, they’re gone 2018 midterms roll around the blue wave that at first didn’t look that big. But as the days dragged on, it got bigger and bigger and bigger. As more elections were certified. Democrats swept it. Now 20, 20 Republicans had to hang on to just enough to keep a majority in the Senate and they failed. They even got a second chance on two other seats with Leffler and Purdue and they failed sure. Democrats lost Doug Jones to crazy person, Tommy Tuberville, but that was expected. We all knew that was going to happen. And yeah, they gained a couple of seats in the house. They didn’t gain enough to control it. And then of course the big one certified yesterday, Donald Trump lost the 20, 20 presidential election, the biggest political loser and almost 100 years here in the United States. So any time somebody says magaz about winning mag is a winning strategy, magaz, a winning formula, or this is Trump’s Republican party. Yeah. No one in our lifetime has ever lost as much as a politician, as Donald Trump did in just four short years.