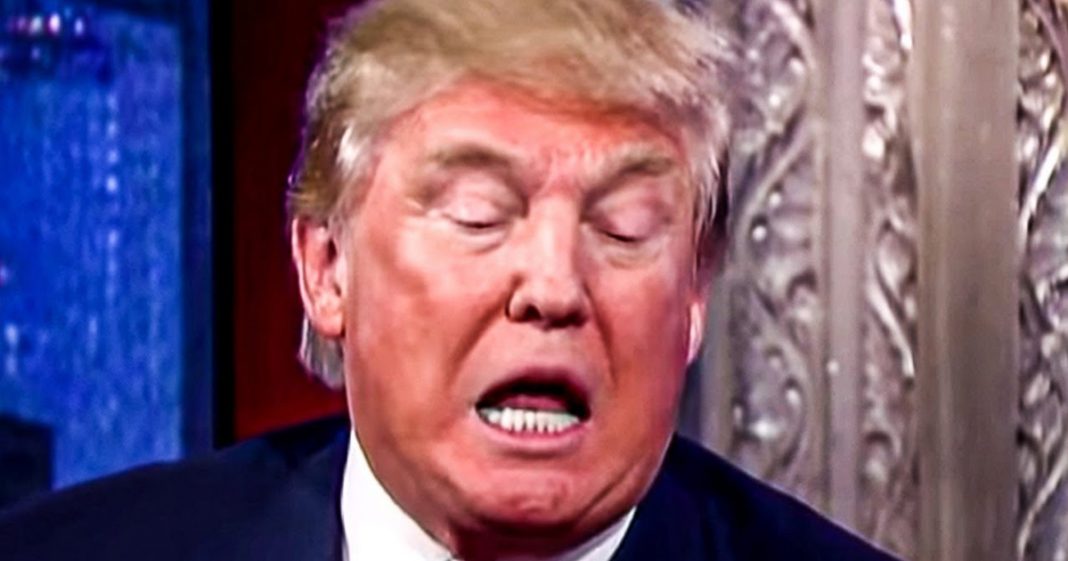 This week provided further proof that the Republican Party has absolutely no idea who they are anymore, and they don’t know which direction they are going to be heading. This is a big problem for the Party, and it isn’t a good thing for the United States, either. We need more than one functioning political party, and right now we don’t even have that. Ring of Fire’s Farron Cousins discusses this.

The Republican party is facing a very big question right now. And that question is who the hell are we? Are we the people who stormed the capital on Wednesday? Are we the people who go out there and put big Trump flags on the back of a boat and drive around and actually sink other Trump boats and or are we of individuals who believe in deregulation and lower taxes and lying about what those lower taxes will do for the working class? That is actually the decision the Republican party has to make as they move forward with Trump out of the picture and with them losing the Senate, they’re the minority party. Now in the legislative and executive branches, they got to judiciary. The judiciary is locked up for Republicans for a generation or more, but they have no power. Wow. They have limited power in the legislative side and that’s, what’s going to bug them.

So yes, they do have to find this identity right now. They have no direction. They don’t know which way they’re going to go. You have members trying to emerge as leaders. You have Ted Cruz, you have Holly, you have cotton, all of them trying to take control of the party and say, we are this. No, we are this. And none of them really, truly, no, they all cast their lot in with Donald Trump. But so some of them I think are smart enough to understand that this is not a sustainable path for the party or for their personal political career. Ted Cruz is barely hanging on to his Senate seat. I mean, we all remember the race against him in Beto, very close. Ted Cruz is still one of the most hated politicians in the United States. So he understands he has to do something. Unfortunately for Ted, his idea was to embrace the manga hat wearers, the Trump supporters.

He wants them to strengthen him cotton. On the other hand, as we saw this week said, listen, I’m not going to support the insurrection. I’m not going to support the election challenges. That’s not me. I’m not that kind of guy that could win cotton a heck of a lot of moderate support, which is terrifying because cotton is a deeply dangerous individual. As a politician, look at his voting record, look at his stances on issues. Look at his history. It is not pleasant. It is terrifying, but he’s playing it in my opinion, smarter than Ted Cruz or Josh Hawley who is playing it exactly like Ted Cruz and Holly got a, the wind knocked out of him metaphorically, uh, on Wednesday after the video photograph, excuse me, of him greeting the protestors. Yeah, yeah. That photograph could injure career. I hope it does. I really, truly hope it does.

Um, but either way, the party has to figure out where it’s going to go. Are they going to be the Trump party or are they going to go back to being the Republican party that you know, is what it is slightly evil. They lie a lot, but occasionally serve as a balance to the United States. Cause here’s the problem. Folks. We only have a two party system. And when one of those parties is in functioning, we’re left with just one. And I’m sorry, even though I am on the left, I do not want just a democratic party. Being able to function here in the United States. That’s not good. We need more functioning parties, not, not fewer. And unfortunately it looks like that is actually where we’re headed because the Republicans are so dysfunctional.