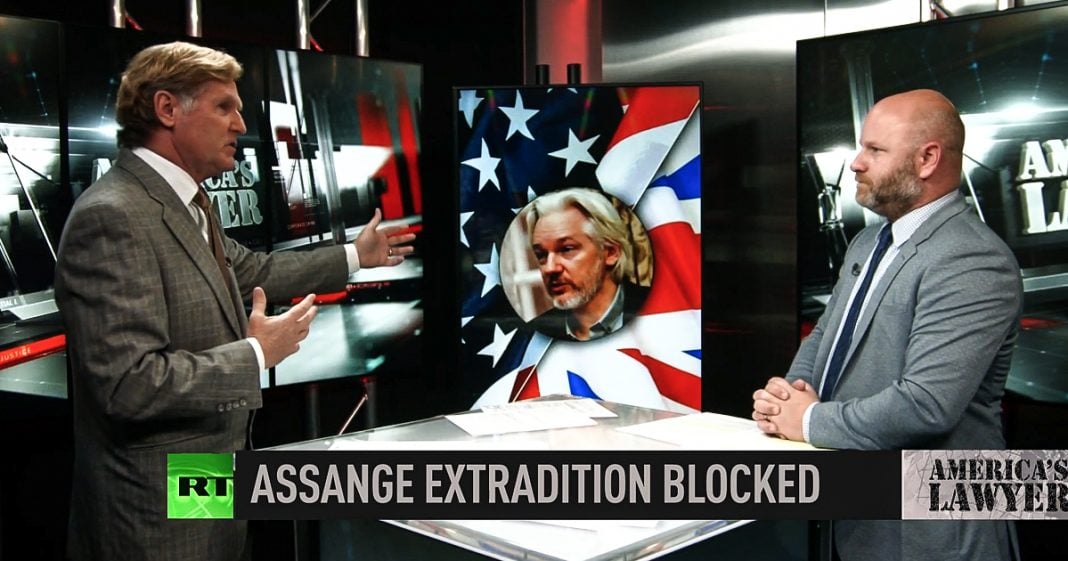 Mike Papantonio:             A UK judge denied the United States’ extradition request for WikiLeaks founder, Julian Assange, this week as a matter of fact, which is the best thing for Assange and for journalism. Look, you know, let me tell you the ugliest part of this story is the woman who, the, in Sweden says that Assange, that he raped her. They made a movie out of it, and then they find out it was all trumped up crap. Okay. But it was run by the government. Okay. That he was a hero. The, you know, the American public looked at him like, well, this guy, he told us things we didn’t know. They were spying on us. They were carrying out executions in other countries where they shouldn’t have been executing people, things like that, that kind of seem important. And he made it public. So they, they trumped up this, this deal on him. But what’s your take on Assange overall?

Mike Papantonio:             Do you think you could go to wall street journal and say, hey, wow, I just found out that the American public is being spied on in their homes without any kind of warrants. That they’re, they’re spying on us by way of our computers. They’re spying on us by way of our telephones. I think people should know that and here we have some documents that we want to release. And so, I mean, you can’t get, you’re not going to get, you’re not going to get corporate journalists to do anything like that because they have zero courage. If it doesn’t bleed, they don’t care. If it doesn’t create hate, they don’t care. Division, they don’t care. It’s not going to be something that sells. But this guy said, look, I, you, you can do with it what you want, but I’m going to release it.

Farron Cousins:                  Right. And part of the reason too that the judge won’t extradite him, which again is a very good thing, is because the judge said, listen, if he goes to the US there is nothing to protect him from harming himself, you know, or from, you know, anything else happening to him. Which, you know, we, we know what that kind of strong implication is when the judge says it. But they understand overseas how, how messed up our judicial system is, how messed up our prison system is. And they understand what happens in our prison system to people like Julian Assange. So at least they had enough sense to say, we’re not sending him to you, but to literally say in your ruling that this man is not a journalist and therefore is not protected by freedom of the press. That’s ridiculous. And that’s a lie.

Mike Papantonio:             Yeah. And they call it journalism the, over in the UK, maybe the some morning edition, which it looks like it’s a tabloid, it’s tabloid garbage. And here, this guy put information out that actually has an impact on our culture where we can say, yeah, this it’s important that we know what the government is doing. What the spook industry is doing. That’s fairly important. Chelsea Manning’s information would have never been released would it?

Farron Cousins:                  No, absolutely not. There, there’s no other group that would have done this. And part of the reason Julian Assange gets demonized here in the US too, is because he’s gone after both sides.

Farron Cousins:                  He, he’s not, and I know that, you know, it’s going to get some hate here, but hey, he’s not picking sides. If he releases stuff about Democrats it’s because there’s stuff about Democrats that needed to be released. Stuff on Republicans and their war crimes, it needed to be released. He’s not doing it because he’s got an agenda. He’s doing it because the truth needs to be heard and that’s what people have to understand. The truth isn’t always what you like, but that doesn’t make it any less true.