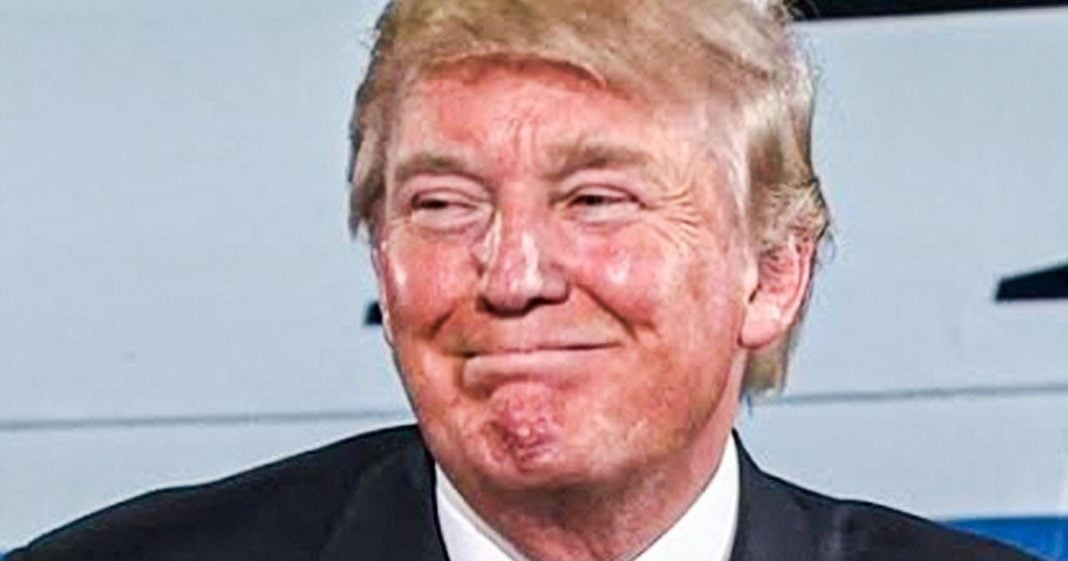 According to a new report from Politico, a friend that has spoken directly to Donald Trump about the matter says that the President fully understands and has come to accept the fact that he lost the election, but he continues to push an opposing narrative because he wants his name to “stay in the news.” This could certainly be a possibility, but it is incredibly stupid for the President to behave this way when every single thing that he does gets picked up by the news anyway. Ring of Fire’s Farron Cousins discusses this.

According to a report from Politico this week, Donald Trump absolutely understands that he lost the 20, 20 presidential election. And after a couple of weeks of coping, Donald Trump now accepts the fact that he lost the 2020 election. He’s just doing all these challenges and saying all these crazy things and spreading all these conspiracy theories because, you know, he wants to stay in the news. Who’s that is what Politico was told by their source. Who claims to have been told this by the president of the United States himself. Here’s the quote, the point is to still be relevant and still be talked about in the news. According to somebody who spoke to Trump, this is someone who’s been on page six of the New York post for 40 years. He’s beyond embarrassment. So Trump is still under the belief that no news is, Oh, excuse me. That there’s no such thing as bad publicity in as long as they’re talking about you, excuse me.

As long as they’re talking about you, you’ve done something right? That is what Donald Trump firmly believes. And to be honest, there’s some truth to that for a guy like Donald Trump. It doesn’t matter if the attention is negative attention or positive attention. Attention is attention. Attention itself is its own reward. Whether it’s positive or negative. I am sure those with degrees in psychology could easily explain to us what that means about his childhood facetious. Of course, obviously we all know what that means. The dude didn’t get enough attention. Daddy didn’t love him. Mommy didn’t spend any time with him, yada, yada. We understand it. Unfortunately. Now the country is paying the price for Donald Trump’s daddy issues. And that’s sad. Nevertheless, I don’t know how much I believe this though. I do believe Mary Trump though, who is by the way, mental health professional, Mary Trump said that Donald Trump in the early days did not believe his own lies about the election, but he has repeated them so much, excuse me so much.

And he has surrounded himself with so many individuals like Sidney Powell and Rudy Giuliani and, uh, uh, uh, Michael Flynn who have convinced him. You didn’t actually lose. And along with his repeated statements that he didn’t lose, he gas lit himself into believing his own lies. And that’s what she said, uh, over a month ago that the president managed to Gaslight himself into believing his own lies. And that is why he continues to perpetuate them some small part of him. Yes, definitely understands he didn’t when it’s over and there’s nothing he can do, but I think there’s also at least a very small part of him that truly believes he did win. Truly question is which piece is bigger. We know one rules the day, and that is the side that says I won. I won, but eventually he’s going to have to realize that he didn’t, he’s going to realize that obviously January 20th, when he is escorted out of the white house, if he doesn’t leave before that, there is nothing he can do.

And he’s going to, at the very least have to come to grips with that reality. Maybe he won’t ever accept the election results. That wouldn’t be surprising, but he is going to have to accept the fact that he is no longer the president of the United States. And that is going to be a very hard pill to swallow whether or not he’s gaslit himself into believing the opposite. It’s over for him. There’s nothing he can do. There’s nothing any Republican can do. It’s time to move on. It’s time to move forward and it’s time to leave. Donald Trump sitting a top, the Ash heap of history.