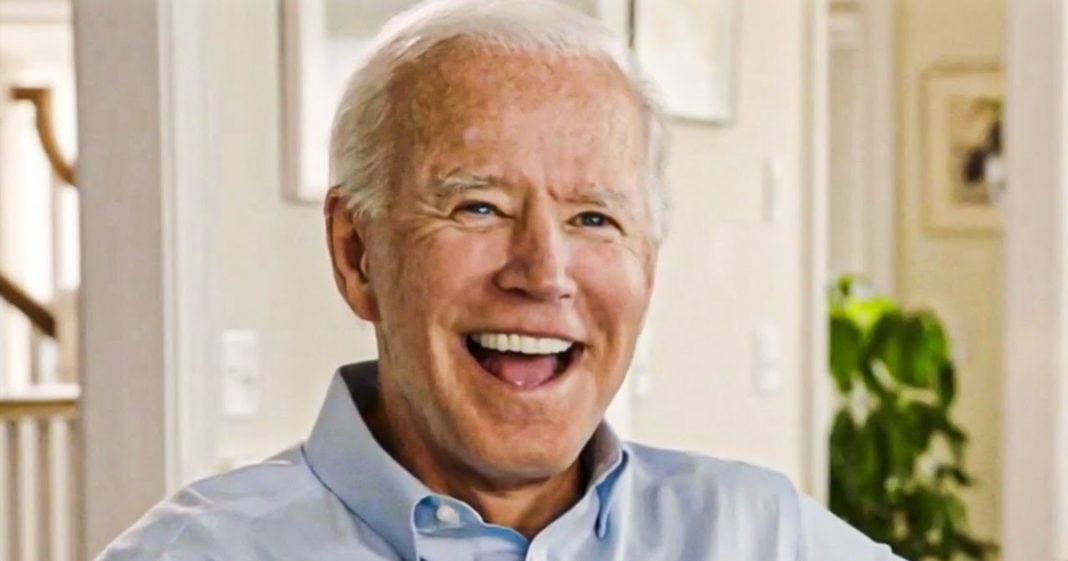 After two weeks of shutting out the Biden transition team, the Pentagon has finally resumed giving them the daily intelligence briefings that they need in order to prepare for their jobs. This is especially important given the tensions that the U.S. is escalating against Iran. Biden will have the task of repairing the relationship between these two countries, as Ring of Fire’s Farron Cousins explains.

It was announced this week that the Pentagon has finally finally resumed giving the Biden transition team. The daily intelligence briefings that the president receives. This comes after a little more than two weeks of the Pentagon, just going dark, not giving the Biden team anything. And if you’ll remember, uh, cause we talked about it at the time they went dark right around the time Donald Trump sent his first first little show of strength over to the Persian Gulf, threatened Iran to do something about it this week, actually last week it was, uh, he did the same thing. Again, sent a couple of B 52 bombers to fly along the Persian Gulf, basically goading Iran into attacking them. But now Biden is getting those briefings. And again, this is a, this is a good time for that to resume because tensions between the United States and Iran are heating right now, the media that loves a good war is pushing.

These reports that are ran is, is, is enriching uranium at almost 20%. They’re violating the Iran nuclear agreement. And yeah, the one we pulled out of that, we no longer have a say in, and we’re going to be at them for not following it because we already didn’t follow it. Sure. I guess that makes sense in bizarro world, but here on planet earth, we understand that we pulled out of that. We cannot hold them to something that we didn’t even hold ourselves to. They’re saying Iran has seized it tanker. Okay. One our tanker, we, we have no authority over that.

That’s the problem folks. Cause I talked earlier this week about Trump flying these planes over Iran. And that there’s really no reason for this. And people were quick to point these things out. And so I’m calling it out here again. Iran has done nothing that would warrant a United States attack. They absolutely have not. We, this admin [inaudible] has destroyed the progress that had been made with Iran. Everything that is happening, everything that we’re accusing them of doing is because of what Trump did to, to them. We can’t be angry about that. We can’t walk around pushing around the rest of the world and then if they slightly pushed back or even we think they may have pushed back, go and attack them. That is not how this works. So Biden has a huge job in front of him. He has to deal with the Iran situation.

Obama did a good job of it. One of the few real foreign policy successes during the Obama years was that Iran nuclear agreement Biden has to reinstate that. And he has to do it early in this administration. He cannot sit back, wait and say, well, they may no, no everything that’s happened up to this point. Consider it null and void. I’m sorry, but we have to do that. We have to start over and say, listen, let’s both start at zero. We had this agreement, let’s get back into the agreement. What do you need from us? Here’s what we need from you. You know, it goes both ways and make it happen. He was part of it administration that did that once. And for the sake of this country, for the sake of all the civilians who would end up paying the ultimate price over in the middle East, let’s hope that Biden can do this, but it starts with getting those daily briefings back. So thank goodness that’s finally happening.