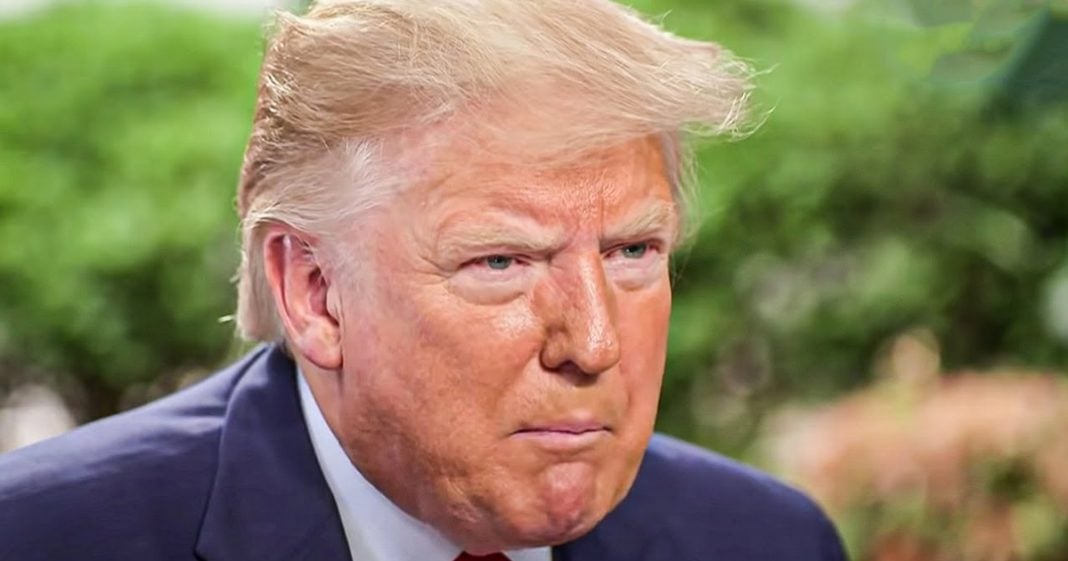 According to Yale Forensic Dr. Bandy Lee, Donald Trump’s behavior over the past few weeks would have absolutely landed any other American in a mental facility under an involuntary hold pending a psychological evaluation. The truth is that we are holding the President of the United States to a lower mental standard than we do members of the general population, and this is absolutely unacceptable. Ring of Fire’s Farron Cousins discusses this.

You know, there is nothing greater, uh, working in this industry than having an expert thought leader, vindicate your own suggestions. Here’s what I mean, couple of weeks I had suggested that Donald Trump’s should be based on his behavior, uh, submitted to an involuntary psychiatric 72 hour hold. He was clearly a danger to himself, a danger to others, a danger to all of those around him. And therefore laws of this country should be subjected to that. 72 hour involuntary psychiatric hold Sunday of this week after Washington post released their audio of the RAF Hunsberger phone call with Donald Trump, a Yale forensic psychology psychiatrist, Dr. Bandy Lee, uh, who put together the dangerous case of Donald J. Trump tweeted out the following. She said, please remember that in every other situation with any other citizen, he would be deemed a danger to himself, others and the public, and would meet criteria for an involuntary mental health hold.

As health professionals. We are bound by our ethics code, not to walk away from medical emergency. In many States, if the authorities failed to contain the dangers, we are required to take steps to protect potential victims. How much longer will we pretend that this is not a mental health issue that requires intervention and rather than a political one that should continue to play out. So yeah, I may not have said it as eloquently as, as Dr. Lee said, but that’s exactly kind of what I said and watching in real time for over two months now, Donald Trump have a public mental breakdown. We have seen him tempt Iran into attacking the United States, putting American troops lives in danger because he’s flying those B 52 bombers right there, along the Persian Gulf, begging Iran to attack them so that we can go attack Iran. That’s a danger to those individuals and he’s doing it because he’s.

He’s doing it because he’s dangerous. He’s doing it because he doesn’t know how to properly deal with his emotions. So that alone would qualify. We have seen him threatened violence. We have seen him, or we have reports of him talking to officials within his administration, his advisors and lawyers about using the military to overturn the results of the election that puts the entire country in danger. This man is a threat. His brain doesn’t work properly. At least from what we’ve seen, the question is, is it [inaudible] or is this permanent? Is this something pardon me? That’s going to go away. Or is this just how he is now? Because he’s not done being president yet. And that really sucks, but there is a good chance he could do something dangerous. And unfortunately at that point saying, I told you, so isn’t going to have the same kind of, you know, gleeful effect that it has about this story. That’s one I told you. So I don’t want to be right about this. Man is a threat to this country, to everything that this country actually is both human beings and on paper. And if we just continue to let this go, then at that point, we just come, uh, uh, become accomplices in his further destruction of the United States.