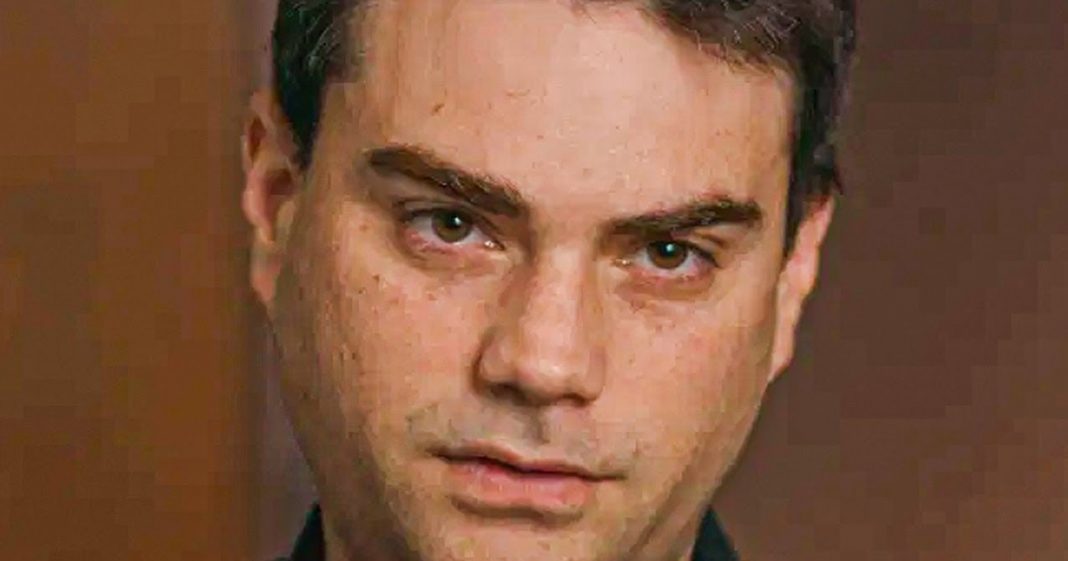 Those who do not understand history are destined to repeat it, and Ben Shapiro clearly doesn’t know his American history, at least not for the past 20 to 30 years. The conservative talking head announced this week that his Daily Wire would be dabbling in the entertainment business in the near future, producing and releasing conservative-themed TV shows and movies. This has proven to be a disaster for others who have traversed these roads in the past, and Ring of Fire’s Farron Cousins explains why.

Whiny conservative pundit. Ben Shapiro announced this week that the daily wire, the website that he co-founded is expanding their horizons and they’re launching an entertainment wing. And this entertainment wing is going to be responsible. I’m assuming, I guess, producing, maybe even full-blown creating and directing conservative themed TV shows and movies. Now it’s not clear what their role is going to be. Um, because he says it’s going to, uh, provide opportunities for films and TV shows that do not promote leftist causes provide opportunities for films and TV. So we’re not really sure what that means. Again, are you is a little Ben Shapiro going to go be a director. All, are you going to produce TV shows about loving, wholesome American families who don’t do anything wrong and never have any problems. And they go to church every Sunday and this fictitious thing that doesn’t exist anymore.

You know, buddy, if you want to do that, maybe just create something called Nick at night and just run reruns of shows from like the fifties reruns of the Brady bunch. If that’s what you’re wanting, bro, here’s the thing, Ben, those who do not understand history are destined to repeat it. And clearly Ben has not been paying attention to what’s been happening with conservative media over the last 20 to 30 years. Now, conservatives do not get me wrong when it comes to conservative media conservative, uh, news pains me to even say that about them. Sure. They’ve got that on lock. They are absolutely destroying, uh, the left in terms of their conservative media apparatus. There is no amalgam of that on the left. They they’ve beat us on that a hundred percent. Um, but every time they get a little too big for their britches over here and they try to branch out and say, well, let’s go into the entertainment industry.

Let’s make some conservative movies. Let’s make conservative TV shows. Let’s call out the liberals and let’s not pan to them, to them by having gay people in movies or gay plot lines or you know, Oh, people with different colored hair. That’s when they always fail. Cause I’m sorry, Ben. You’re not the first person to think of this idea. You’re not the first person to try it. Maybe talk to Rick Santorum about that and see how well his projects go. And it’s simply doesn’t work. Do you know why that is? Because Republicans have a fundamental misunderstanding about what Americans want and entertainment. We want blood and guts and things that we wouldn’t ordinarily see in day-to-day life. Entertainment is an escape from the normalcy. It’s a place where many people, especially repressed conservatives like to fantasize about what could be. They like to live vicariously through, through some of these other TV characters who while they may publicly say, Oh, it’s disgusting.

What they do there? Did you see it last week? I did. That’s what they do. They may say that they hate it, Ben, but they like it. That’s the only way they get to explore these other worlds that they may claim to dislike them. They’re truly fascinated by them. Learn the American public a little bit better. Ben, actually, don’t, let’s be honest. I want to see you waste money on this project, but you can go back. And we talked about this at length here at ring of fire over the years, Republican suck at comedy. You suck at making movies. I mean, who are you going to get to be in your movies? Right? You got the guy that played Hercules on TV, Kevin Sorbo. Uh, you got Kevin Sorbo, uh, Dean Cain and um, Chachi. I can’t remember his name. Scott beyo. You have Scott Mayo.

So you got those three mean do something with that. Cause that’s about all you got. But even if you had a list actors, man, this isn’t going to work because you’re going to make the most bland and boring and stupid entertainment imaginable. And people are going to tune out. As soon as they realize this isn’t an escape from anything. This is just more media preaching to me about what they think I should do with my life. It hasn’t worked at any time in the past, Ben, but I’m sure your project’s totally going to be successful.