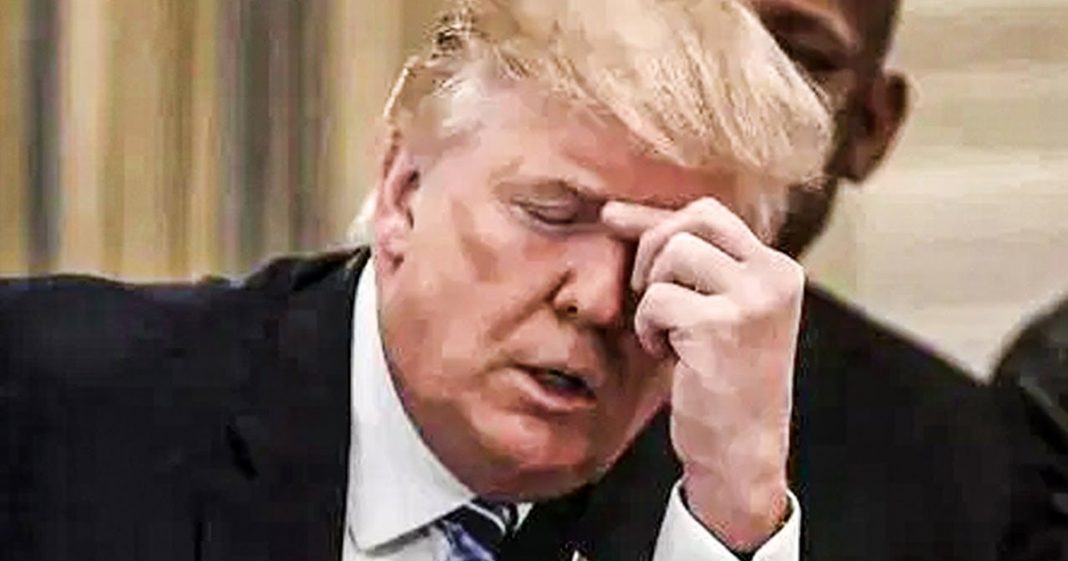 According to new reports, Donald Trump was furious when his insurrection failed, and he has now completely “lost it.” This makes sense: The storming of the Capitol was supposed to be a show of strength for Trump supporters, but instead it showed the world how crazy they are, and it helped to push many moderates away from Trump forever. Ring of Fire’s Farron Cousins discusses this.

According to a report from CNN this week, Donald Trump is quote out of his mind over the fact that his little insurrection this week wasn’t successful. Uh, in fact, it was probably the opposite of successful where he thought it would help him and possibly bring more good will to him. It in fact, did the opposite and has driven people away from him in droves. So here is, what’s seen in reported and I’m laughing because it’s, it’s rather humorous. This is Jim Acosta, uh, CNN’s chief white house correspondent. He says, I talked to a source, a GOP source, close to the president who speaks with him regularly. And I take no pleasure in reporting this, but this source tells me that he believes the president is out of his mind. The quote used by this source source is he is out of his mind. And the source says the president is so traumatized by his loss in the election. It is all he can think about. It’s all he can think about. It’s all consuming for him. And in this sources opinion, he is out of his mind. Here’s the thing. What happened on Wednesday was supposed to be Donald Trump’s last show of strength, not just for him as an individual, but for him as the movement head, right, as the figure head of everything mega related, this was Maggie’s last stand.

And all they did was show the entire world how crazy they are. That’s not what Donald Trump wanted. What Donald Trump wanted was for his supporters to show up millions of them to March on the Capitol, not into the Capitol, but on the Capitol to just show the world we are here. We have the numbers we refuse to back down and we will not be intimidated. Instead they did have thousands of people show up. They stormed the Capitol. They looted offices of United States representatives. They stole things. They broke windows. You know, the things that Republicans tell us are the worst crimes imaginable during a protest. If you steal something or break something and hear their people are doing it. Oh, and there actually have been quite a number of Republicans who have spoken out against this. They say, look, I cannot in good conscience, do this anymore. I cannot support this man anymore. So like I said, this had the opposite effect, so sure. It’s no wonder that Trump is quote out of his mind and furious about the fact that his little insurrection didn’t work. This is one of the last events that going to take place during the Trump administration. So we know that this is going to be one of the last things on the mind of the public. When he leaves office, you know, this is kind of the imprint And it really is the imprint of the entire administration, the chaos, the anarchy, the lawlessness, everything that happened on Wednesday was really just a microcosm of what has happened throughout this entire administration from day one. And that is what he is going to be remembered for.