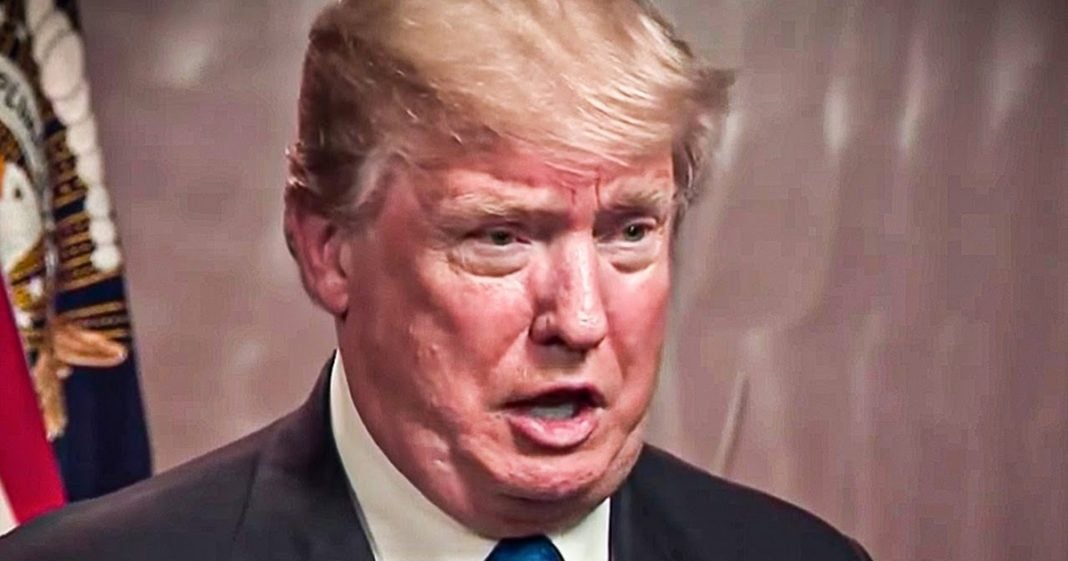 The Idiot Insurrection that was attempted yesterday is EXACTLY what Donald Trump wanted to happen. And that’s why it took him hours to finally tell the people storming our nation’s Capitol that they needed to stop. This is his fault, and part of the blame is also shared by Republican members of Congress who pushed the false narrative that the election was somehow stolen from Trump. Ring of Fire’s Farron Cousins discusses this.

Uh, it’s really hard to figure out where exactly to begin with what took place throughout the day yesterday. But I guess let’s start with the basic, most obvious fact of the insurrection that took place on Capitol Hill. And that is the fact that Donald Trump wanted this to happen. This is the logical conclusion of over two months worth of telling his followers that everything that happened on November 3rd was fake that it was fraudulent, that everything had been stolen from them and that they were going to have to fight to take it back. That’s what they did yesterday, except for the fact that none of it was based in reality, there was not massive voter fraud. There were not instances of vote flipping. You didn’t have a voting machine companies conspiring with Republican politicians to help Joe Biden win, which by the way, is actually something that Sidney Powell has claimed happened.

So that’s where they were at. These people were driven to the point of insanity by Donald Trump and his followers. Because what we saw yesterday on the Capitol was nothing short of insanity. These individuals were gas lit into committing sedition, attempting to violently overthrow. The government, I guess, was the goal. Like what were they going to do if they had gone in there and members of Congress had not been evacuated and they suddenly meet face to face, what was the goal there? That’s what I want to know. Like, what were you going to do if you ran face to face to Nancy Pelosi, were you just going to politely say, Hey, would you mind overturning the election? Or was it going to be something much worse? Cause I think we all know what the answer to that would be. The other thing that happened. Diluting these people are looting a federal building and they just got to walk out the doors with a frickin podium.

I know we’ve all seen seen podium guy posting pictures in offices, in Nancy Pelosi’s office, literally stealing her mail, posing with it on their social media accounts. This is utter insanity. Every single one of these people should be arrested. And this is all Donald Trump’s fault. Oh, and by the way, let’s not forget that executive order that he signed over the summer, which was actually meant to, you know, hurt Antifa people. Uh, if you deface a, a federal monument, uh, you get like 10 years in prison will guess what the U Capitol is. Yeah. Every one of those individuals is now looking at, I believe a minimum of 10 years in prison. And they can think Donald Trump for the overly harsh sentence there. But the fact of the matter is that what these people did was illegal. These were not protestors. I was losing my mind watching corporate media yesterday, refer to these individuals as protestors. That is not what they were. They were not protesting anything. As soon as you storm the Capitol. Yeah. Then it becomes a federal crime of sedition. Like we actually have definitions for that specific kind of event.

There’s a whole branch of law devoted to doing exactly what those people did yesterday. And Trump wanted every bit of it to happen. That’s why you stayed silent about it for so long. That’s why it took him forever to finally come out and release his little video statement where he praised them in one breath, but then said, but if you wouldn’t mind, could you just go home for the day? No, he wanted this to happen. And he has been wanting this to happen for much longer, uh, than before even the election took place. He finally, yesterday got everything he wanted and it resulted in a woman, one of his own supporters being shot dead inside the Capitol building. Nobody wanted that to happen. And I understand the woman broke the law. I do not want anyone to die from this though. And yet that was the end result. Now had the people storming, the Capitol been actually Antifa or had they been black lives matter. You would have had a lot more than just one death. And I think we all know that.

So all things considering, I guess one is better than what it could have been, but it’s still one to many. Even if it’s somebody we don’t agree with, that’s not something I’m going to condone or celebrate in the least Trump did this. Trump has blood on his hands, Ted Cruz who supported the challenge to the election has blood on his hand. Same thing with Josh Holly, same thing with 140 members of the house, Republican members of the house and 11 other members of the Senate that woman’s death is on your hands. You caused it and not one of them will ever express remorse for it.