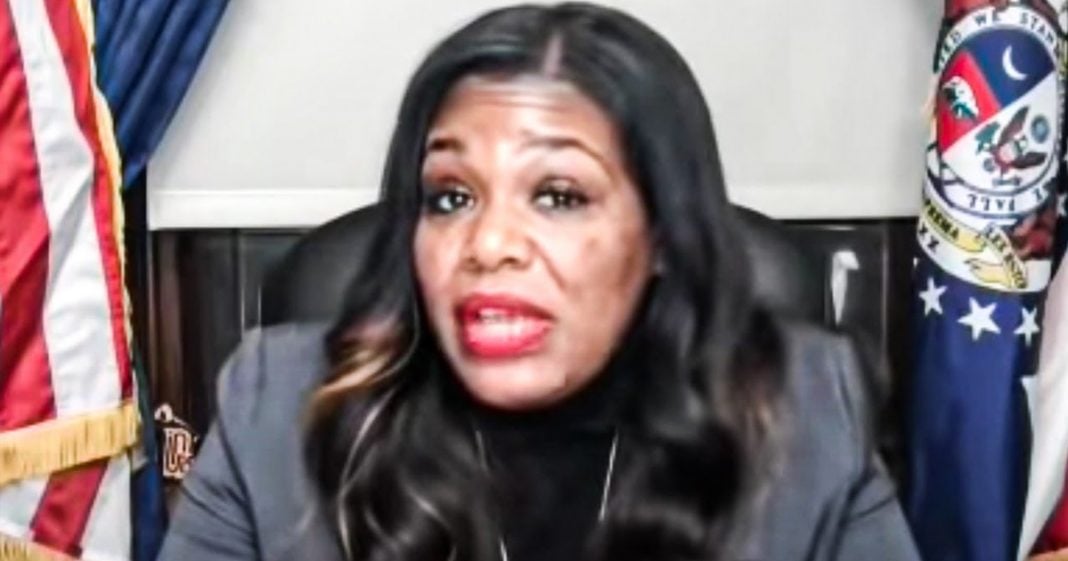 Representative Cori Bush, the newest member of “The Squad”, wasted no time after yesterday’s events drafting legislation that would expel from Congress any member who supported Donald Trump’s calls to object to the certification of the election. The Chamber absolutely has the authority to do this, and this is a measure that, after what happened yesterday, definitely needs to be take seriously. Ring of Fire’s Farron Cousins discusses this.

Representative Cori Bush, the newest member of the squad immediately following the actions that took place on Capitol Hill yesterday, by these craze, Trump’s supporters introduced a resolution [inaudible] to expel any member of Congress sought to undermine the results of the November 3rd, 2020 presidential election. This was without a doubt, the absolute best response to the riots that took place on Capitol Hill. Lots of folks calling for impeachment saying we’ve got to do something to get rid of them. Absolutely. I agree with that wholeheartedly, but that’s just the tip of the iceberg. And that’s why I love Corey bushes proposal here more than I liked the idea of impeaching him again, because even though yeah, Corey bushes thing, it’s not going to succeed. What it does is show that she understands the root of the problem. And the root of the problem is not Donald Trump. The root of the problem is the 140 Republican members of Congress who said they were going to object to the certification of certain electors from certain swings States.

Now eventually only the electoral college votes did get certified yesterday. It’s done, literally done. Nothing can change it. Joe Biden will be the next president of the United States, unless God forbid something happens to him between now and then, in which case Kamala Harris becomes the next president of the United States. Like that’s done. That’s the new line of succession starting January 20th, regardless of what happens at between, uh, between now and then. But Cory Bush understands when Trump leaves the problem of Trump ism stays and it stays with those 140 members of Congress who said, I know there’s no evidence. I know this is a lie, but God screw it. I’m gonna do it. Anyway.

Those people deserve to be kicked out of Congress. And for the record as we have discussed in the past, yes they do. In fact, have the authority to kick members out of Congress. Only problem is it takes a two third majority vote. And obviously since the Democrats do not have a solid two thirds, majority in the house, uh, you’d have to get Republicans to join you. And ironically, you would actually have to get some of the 140 that you’re trying to expel, uh, to join you as well. So probably not going to have it right. And that’s unfortunate because it does need to happen. But I like what I’m seeing here. I like it that Cory Bush understands, this is not just a Trump problem. And to be honest, I’m willing to bet the rest of the squad and most members of Congress. Hopefully now I can’t even say most, I’m sorry, but at least the rest of the squad understands Trump. Isn’t the overall problem. The problem is rooted deep within the GOP. The problem will exist and persist long after Donald Trump has left this world. And until we expel those members, whether expelling them in Congress or expelling them at the voting booth, Trumpism is going to continue to live, live and survive and evolve. And that might be the scariest part of it.