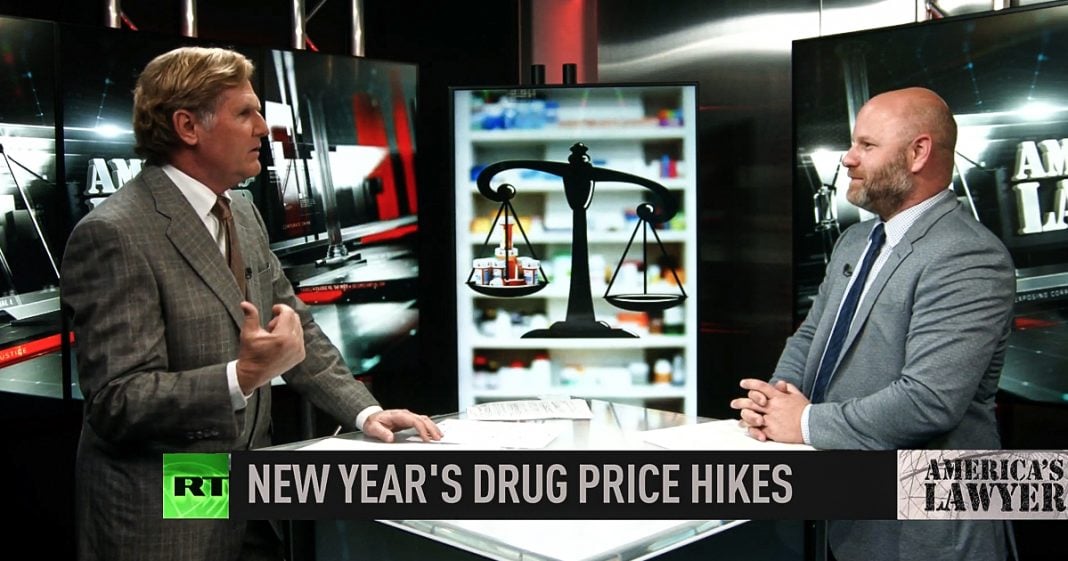 Via America’s Lawyer: Prices for over 300 prescription drugs are set to increase in 2021 as the pandemic rages on. Mike Papantonio & Farron Cousins discuss more.

Farron Cousins:                  So if you had already hit deductible, suddenly you’ve got to go back to paying for your prescriptions in January. Oh, the price is up, but that’s because I haven’t hit deductible. They want you to think that no, no, no. This is probably something with your insurance. Not because we just decided, hey, let’s raise the prices because we can.

Farron Cousins:                  And you actually, you’ve dealt with that firsthand that I, I you’ve told this story so many times. I love it because it explains it all. But you were in a depo over in Europe with a major drug company and you actually called them out to their faces on this and tell, tell us what happened. It’s crazy.

Mike Papantonio:             Yeah. I’m taking the deposition and the price, they had marked up their price compared to the US number, US prize something like 200% higher. And so I was focusing on that, even though it was a defective drug, it was killing people. I thought, well, I got a few minutes. Let me, let me ask this question. And I said, well, what’s the difference? Why do you, why are your prices higher in America, in the US than they are over here in Europe? And he said, because we can, literally. So, because we can means that we get Xanax, for example, a 569000% markup on Xanax. Not because it’s a new drug, not, it’s because they can. Zoloft 11,000, almost 12000% markup. Prozac 225% markup on Prozac. Now there is no argument, gee, we, we had to pay for research.

Farron Cousins:                  They really have. And people have to understand too, when we get these stories, like what came out of Reuters recently saying, oh, well, they’re saying it’s only going to be at most a 10% markup for some of these drugs. When you look at these numbers and it’s okay, but it’s already marked up 225000%. So an extra 10% would be technically, off your costs, 25000%, because it literally costs them pennies to produce each individual pill. The government is paying for more than 75% of the R and D. We pay for our drugs twice because of that, because that’s tax dollars, then consumer costs, the whole system is out of control. And everybody in power has just kind of said, well, I guess it is just what it is.

Mike Papantonio:             Well, okay. So everybody in power, the Democrats and Republicans have allowed this to happen. Simple solution, they, everybody should be able to negotiate the, negotiate prices with these folks.

Mike Papantonio:             He actually put this effort to cut back drugs in place. Got federal judges now they’re trying to interrupt that, you know, what, what’s Biden going to do? What, what’s your call?

Farron Cousins:                  Unfortunately, I don’t know that he’s really going to do anything. You know, he’s come out very strongly against Medicare for All.

Mike Papantonio:             Okay. So the Democrats, are they going to bail us out based on the history of what we’ve seen over the years?