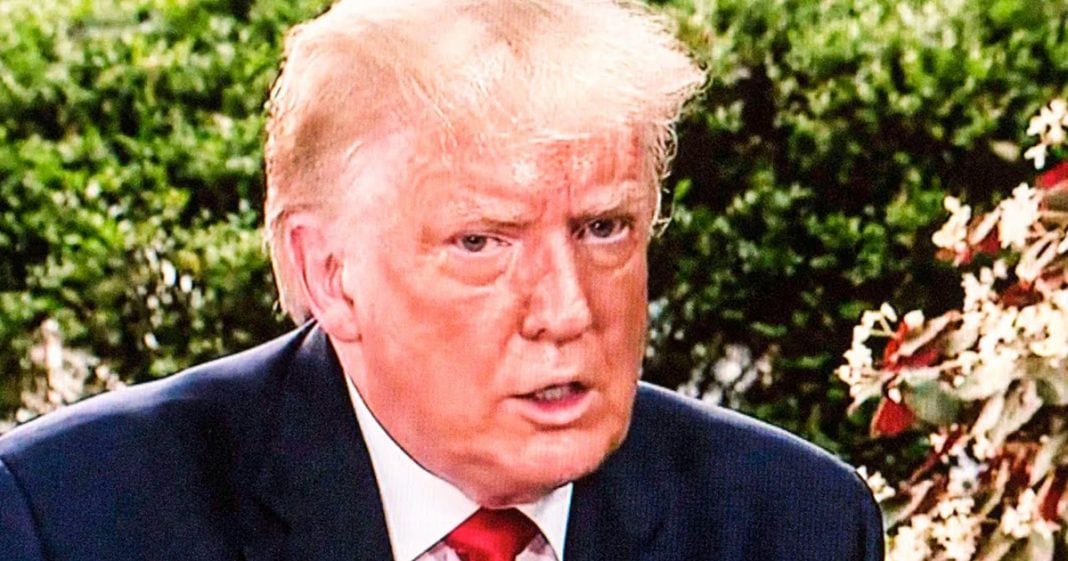 Donald Trump might have a hard time skipping town in order to avoid Joe Biden’s inauguration, as Scotland’s first minister said that he is NOT allowed to enter the country due to Coronavirus travel restrictions. And although the White House has denied that the President had plans to go to Scotland, all of the available evidence suggests that the President was absolutely ready to flee the country. Ring of Fire’s Farron Cousins discusses this.

White house, press secretary. Kaylee McInerney has said that Donald Trump contrary to reports does not have any plans to flee the country on January 19th and go over to Scotland to play golf at his Turnberry golf course. And of course avoid the Biden inauguration. It’s not happening. Kaylee McInerney says to which Scottish, uh, first minister Nicola sturgeon said, you’re right. It’s not happening because we’re not going to let him in our country. You see Scotland right now has pretty strict COVID, uh, guidelines in place that say any non-essential travel into their country is simply not allowed. And Ms. Sturgeon actually issued a statement saying we wouldn’t consider coming here to play golf essential business. Now, for those of you who might be a little confused as to what I’m talking about, let me take you back in time. About 36 hours reports started to come out that Donald Trump was considering going to Scotland on January 19th so that he could avoid Joe Biden’s inauguration.

Now, the reason these rumors were circulating is because, uh, the airport close to Donald Trump’s Turnberry golf course. In fact, it’s the closest airport to Turnberry, uh, was told to expect an official Boeing seven 57 from the United States, which is a plane. This particular plane is one that Trump himself has traveled in. It’s the one the vice-president usually travels in. That’s the one, the first lady usually travels in. They said, this plane is coming to your airport, uh, with some obviously very important people on January 19th. So be prepared for that. Um, also in the weeks prior to now, um, there’s been increased surveillance and security at that airport as if to prepare for somebody’s arrival and Kaylee. And he says, no, no, you silly goofs. We don’t know what that’s about. It’s certainly not about Donald Trump, having such a bruised ego that he can’t even stand to be in the same country as Joe Biden when he’s sworn in as president. But again, all of that is a moot point now because Scotland says, Hey, we don’t care what you think you’re doing. We’re telling you straight up. You’re not coming here. You’re not coming here on essential business. It’s January 19th. So at that point you would only have about 24 hours left of being president. We can finally kick you around if we so choose.

Huh? As part of this story. And that’s the one that all these other stories about it have missed. It’s not just about you can’t come here because of COVID. Cause see, Donald Trump is the president of the United States. He is a world leader. If he wanted to go anywhere on the planet right now, he could do that. But not once he’s not the president anymore. It’s going to be a little bit harder. Sure. He’ll have four more privileges than you and I, you could ever imagine, but he is no longer untouchable. He is no longer invincible. And that is one of the best things about this man, losing him coming, crashing right back down to earth and suddenly realizing that nobody has to kiss his anymore. So if they do it from this point, it’s strictly by choice and he’s going to find out real soon. There’s not a whole lot of people outside of Giuliani, willing to make that choice.