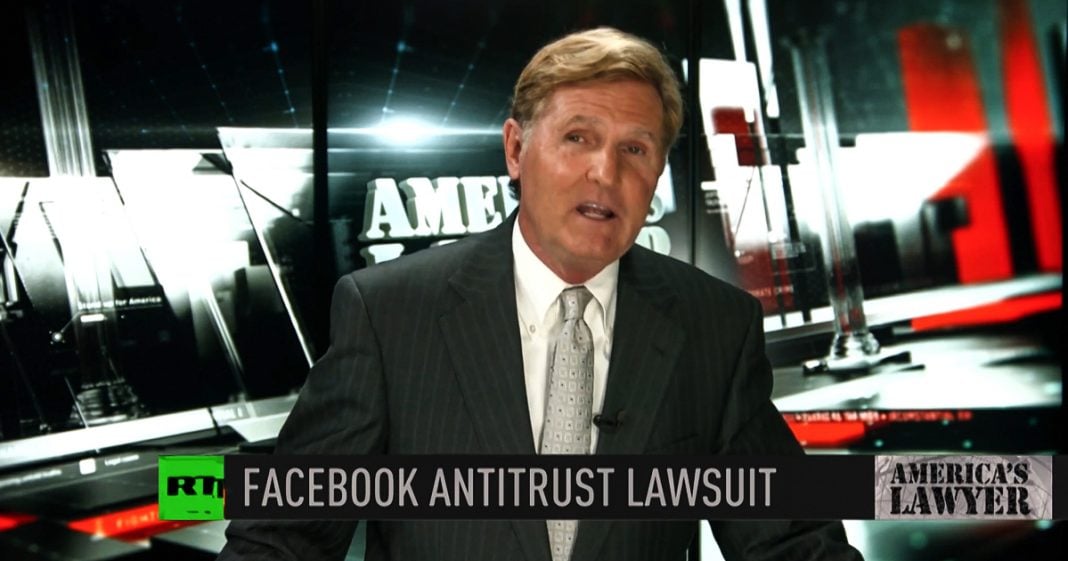 Via America’s Lawyer: Facebook is the latest in Big Tech to face an antitrust lawsuit filed by the FTC, alleging its acquisitions of Instagram and WhatsApp unfairly squashed competition. Mike Papantonio explains more.

Finally tonight some good news. The federal trade commission has officially filed a lawsuit against Facebook, where they have accused the tech giant of being a monopoly. It’s about time. Specifically, they’re accusing Facebook of buying out their competition and blocking rivals from entering the market. That’s been going on for decades. Here’s why this story is such good news. Facebook has spent the past few years actually sucking up to every politician and media figure imaginable. Mark Zuckerberg has made the rounds, personally met with the president. He’s met with Democrats. He’s met with Republicans from Congress. He’s even spent time with, if you can call them media personalities, like Glenn Beck and in an attempt to whitewash the face of his company. None of it worked. This may be one of the few times in recent history that no amount of lobbying, no amount of schmoozing and no amount of campaign money was enough to save the company from the regulators. And they’re going to end up paying a big price for acting in such a lawless manner for so many years. Now, it’s time to go after the rest of them, Google, Amazon, and the rest of them.

That’s all for tonight. Find us on Twitter and on Facebook @facebook.com/rtamericaslawyer. You can watch all RT America programs on Direct TV channel 321 and also stream them live on YouTube. And be sure to check out RT’s new portable app, where you can watch all your favorite shows. I’m Mike Papantonio and this is America’s Lawyer where every week we tell you the stories that corporate media is ordered not to tell because their advertisers won’t Let them. Have a great night.