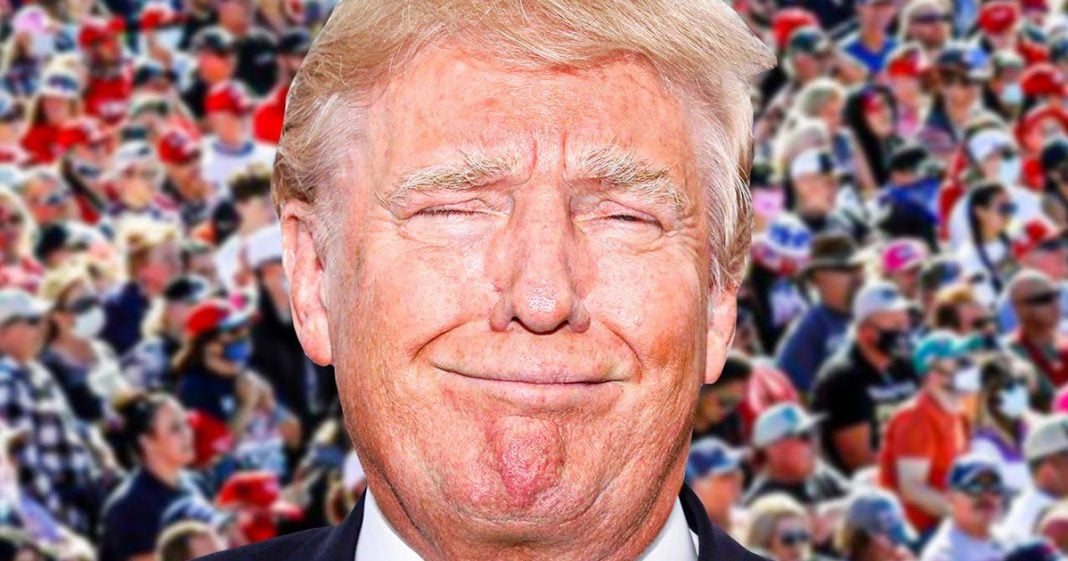 Democratic Representative Hakeem Jeffries announced that the Democratic Party, specifically the incoming Biden Administration, doesn’t want to look backward at the crimes committed by the Trump administration (as recently as his Saturday phone call) because they want to “look forward.” This is the same idiotic statement that the Obama administration made about the Bush administration, and we all know how that worked out. Ring of Fire’s Farron Cousins discusses this.

Yesterday, Hakeem Jeffries, democratic representative from the state of New York told the world that the Democrats really aren’t all that interested in holding Donald Trump accountable for this alleged crime that took place over the weekend with his phone call with Georgia secretary of state Brad Raffensperger, uh, here is Jeffrey’s in his own words, explaining why Democrats are just going to let it go. Here it is.

Hakeem Jeffries:             I have not viewed the transcript. We’re not looking backward, we’re looking forward to the inauguration of Joe Biden on January 20th.

This is an incredibly stupid statement that Jeffrey says made here. And then he missed a like, why haven’t you read the transcript? You haven’t even read it. And you’re out there making a friggin decision on it. That’s idiotic remove him from office immediately. Please. Like you can’t make a decision when you yourself admit that you’ve ignored the evidence. Th th this is knots and this has everything wrong with the democratic party today. Accountability is the key to a successful, and let’s face it a reputable government. If there is no accountability, there is no faith in the government. That’s the bottom line. And Jeffrey’s is saying right there. What I’m sure many Democrats in the house agree with him on. And that is who cares. I’m just gonna let it go. It’s felony election tampering, uh, mentioned in a video on Monday, the specific us code that he violated, um, Georgia Democrats have actually said, we want to push for prosecution here in the state of Georgia.

Um, so that’s good, I guess, because God knows the folks in DC, aren’t gonna do anything about this, but folks, this is why Democrats lose. And I know you’re saying, but very religious retained the house and they want, no, no, no. Listen to me, this is going to come back to bite them. It always does. It always does. You have to hold these people accountable. It’s not hard. And the only reason I can think why Democrats don’t ever do this is because they don’t want Republicans coming back and popping them for the things they do wrong. Honestly, I truly believe that. I truly believe that that is why Obama didn’t go after. And that is why Donald Trump didn’t actually end up going after Obama. And that’s why Biden won’t end up going after Trump. It’s one big club and we ain’t in it. But if you are in it, good for you, you’re officially above the law, no matter what you do, your friends in DC, even the ones who are technically your enemies in DC are always going to stand up and they’re always going to protect you.

And as long as there continues to be no accountability, people are going to push the limits even further, further. Every time we didn’t think that things could get worse than they were under Bush with a lawless ness of that administration, the open, uh, openly committing these war crimes that they committed. And yes, they were war crimes. Torture is a war crime, but Hey, nobody could have foreseen the Trump administration, right? Actually we could have many of us predicted it because that is what happens when there’s no accountability. When there is no justice, Donald Trump gets away with it. All absolutely gets away with it all. And then every single time he does, he pushes it even further. This administration’s not even over yet. And he still openly committing what is very likely criminal behavior in Democrats already bowing down and saying, even though we don’t know what it’s about, we’re not going to do a thing about it.