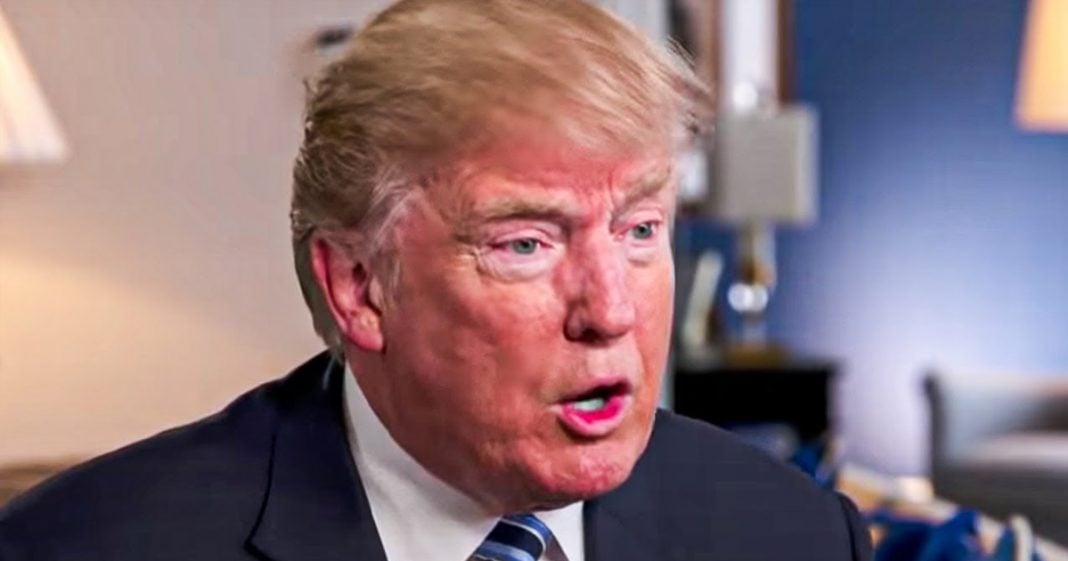 The bombshell report about Trump’s phone call with Georgia Secretary of State Brad Raffensperger this weekend, and the subsequent audio that is available to the public, likely amounts to felony election tampering, according to legal experts. This is what happens after years of pushing the rules to the limits without being held accountable. Ring of Fire’s Farron Cousins explains what’s happening.

Uh, by now, unless of course you’ve spent the last few days, just absolutely disconnected from the news in any way. I’m sure everybody knows about Donald Trump’s call with Georgia secretary of state, Brad Raffensperger. And if you don’t, here’s the quick refresher Donald Trump made a call to Georgia secretary of state, Brad Ravensburger on Saturday Raffensperger recorded the call. It was given to the new you, uh, Washington post, excuse me. Uh, they released it. The call in its entirety over an hour long were Donald Trump repeatedly told Georgia officials, including Raffensperger himself, that, uh, you got to go find 11,000 votes for me, basically telling him y’all need to go out there, do whatever you have to do, but you’re going to find 11,000 votes and I’m going to win the state. He repeatedly said on the call that he did in fact, when the state by thousands and thousands and thousands of votes. So he’s not sure what they’re doing. Raffensperger corrected him and said, sir, you know, with all due respect, your data’s wrong. Don’t know what you’re talking about, but that’s not what happened here in Georgia. Uh, he said, you got to do signature match. And he said, sir, we’ve done that. We’ve done the audits. We’ve done the recounts. We’ve literally done everything you’ve accused us of not doing. And every time we do it, uh, you lose again.

So, uh, pardon my screw-ups in the reading of that, but let’s just boil it down this way. Yes. With Donald Trump does, uh, did, in that phone would fit under those criteria. Therefore it is a prosecutable offense and the president himself could be subjected to a fine or up to five years in prison or both. Here’s the problem In order for any of that to happen, Joe Biden’s administration, his department of justice is going to have to pursue this, or the state of Georgia would have to pursue this. George is controlled by Republicans. We know that ensure they have run a foul of Donald Trump. They’re not a big fan of big fans of him anymore. He has publicly attack them. He has privately attacked him. He attacked Raffenspergerr on that phone call with Raffensperger in between, by the way, flattering him like he would flatter him. Then he would attack him. Then he’d flatter him. It’s ridiculous. Trump’s insane. So are these Republicans willing to do what Joe Biden? Isn’t, it’s cut and dry. We have the full unedited version of that phone call. I know some Republicans out there saying, well, you’re going to lose the whole thing they did. And they released a transcript in case you don’t want to listen to it. You just want to read it. It’s all out there from start to finish. There are no excuses. Trump broke the law. Will he ever, ever be held accountable for it is the only question that remains.