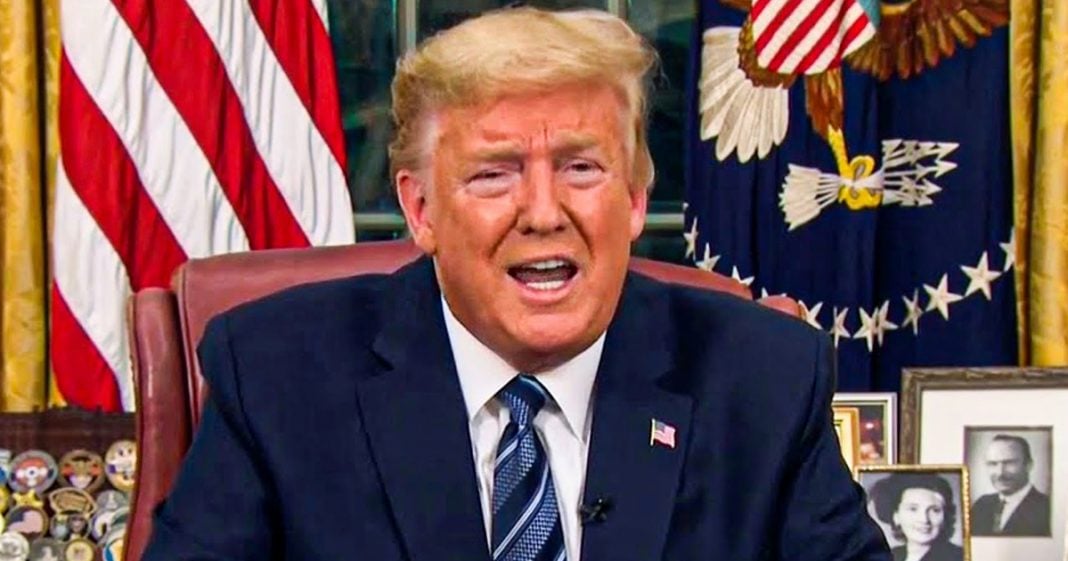 According to a top official in Iran, Donald Trump is desperate to launch a war against Iran before he leaves office, and he is hoping to falsify some kind of pretext in order to do that. This news came after the U.S. once again flew B-52 bombers over the Persian Gulf last week, another show of strength and possibly an attempt to get Iran to react so the U.S. can attack. Ring of Fire’s Farron Cousins explains what’s happening.

As Americans we’ve had a lot happening in the last couple of weeks, not just the usual madness of the holidays and all of that distracting us from what’s happening. We’ve also had the, the COVID, uh, stimulus talks that have captivated. All of us, we have had Donald Trump’s very public meltdown. We’ve had the focus on the Senate runoff in Georgia, which has huge implications for the United States. But one story that has been widely overlooked, uh, to our detriment is the fact that the United States, Donald Trump specifically is still beating the drums to drum up a war with Iran, according to Iranian, uh, foreign minister, Mohammad Javad Zarif, who was one of the chief negotiators of the Iran nuclear deal. Um, Donald Trump last week, once again, flew a couple of B 52 bombers over the Persian Gulf. Once again, kind of doing that shot across the bow saying, look what we have look good.

We can do. We’re just kind of flying right into space. You, what are you going to do about it? Um, and this came days after Trump accused Iran of bombing a us embassy. Um, the details of that are still a little sketchy. We don’t know for certain, but what Trump is doing right now in Iran, Iran knows this, they know this, they admitted it. They said their intelligence shows that Trump is trying to create a reason to attack them. And he is trying to go them into doing something with all these bombers that he’s been flying over, because this is not the first time. This is not the first time since the election that Donald Trump has just been flying his war planes right up to Iran, begging them to do something. Fire bullet. I dare you fire a missile and watch what happens. We are here and we are ready to strike because, because, and that’s the biggest question, Mark, out of all this, right?

Why, why, what is Iran doing that the United States feels the need to hurt them. It feels the need to go to war with them, feels the need to stop them. That’s a question that for the life of me, I cannot seem to find the answer to, I have been looking, I’ve been studying. I’ve been trying to research this to find out just why in the hell is this even happening? And the only thing I can find from the guardian over in the UK is the fact that Saudi Arabia wants Iran attacked. Now they don’t want to do it themselves. They want to keep their hands clean, but they have been other countries to go over there and fight in Iran. Other countries in the middle East, they’ve been paying a Sudanese fighters to go over there. And you’d better believe that if it’s something that Saudi Arabia wants, the United States will be right there to make sure it happens. So as best I can tell that’s what this is about because Iran does earn, excuse me, Saudi Arabia doesn’t want to run meddling with their affairs interfering with their oil activities. And so Donald Trump is desperate, desperate to give Saudi Arabia one final victory before he leaves office. Because as he said himself, he likes him. They buy a lot of real estate from him. And that’s the profession that Trump is about to go right back to any love to come out of the presidency with a really big sale to a country, with a lot of money.