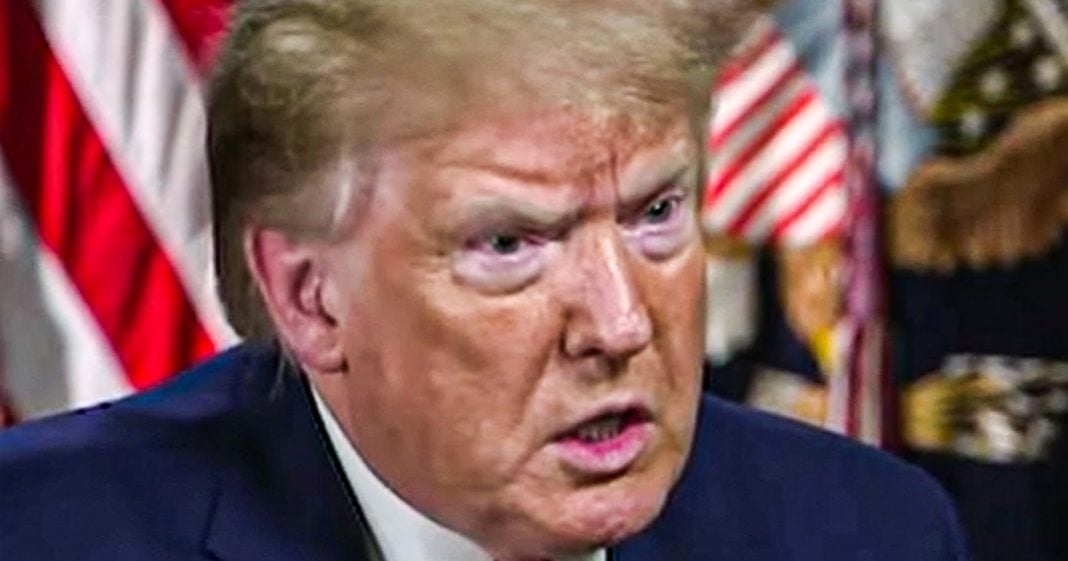 Hardcore Trump supporters are planning on causing all sorts of havoc in Washington, D.C. on January 6th – the day that the joint session of Congress will officially count and record the electoral college votes. At least one hotel has announced they will be shutting down that day as the Proud Boys had been wanting to use it as their base of operations and their online message boards indicated that the events could easily turn violent. Ring of Fire’s Farron Cousins explains what’s happening.

So next week on January 6th, the joint session of Congress overseen by vice president, Mike Pence, it’s going to commence. They’re going to count the electoral college votes and the 2020 election will at that point officially be over, right? There’s no more challenges. There’s no more ridiculous court cases. There’s no more ridiculousness from Republicans and trying to overturn it and no more talk of coups. It’s none, except for the events that Republicans are planning on that day to protest the election that they have already repeatedly protested. And unfortunately, those in DC business owners in DC hotel owners in DC are having to prepare for a day of violence. And that is because the proud boys who are going to be showing up in DC for these demonstrations on January six, have pretty much made it clear from their social media posts, that they are planning a day of violence.

Uh, the hotel, they usually congregate at included, which is also the one they congregated at at the December 12th, uh, demonstration in DC hotel. Harrington has actually announced that they’re just straight up shutting down on the day. Proud boys cannot stay there. Nobody can stay there. The bar in the hotel lobby that they typically congregate at Harry’s is going to be closed. And the hotel is doing this because of what they have seen online from the proud boys posts. They fear for the lives of their staff. They fear for the safety of themselves to the point where they are willing to give up all the profits they would make from these crazed Trump loving individuals, staying at their hotel, you know, getting drinks at their bar. They would rather not make that money than have to serve these people that tells you a lot about what the proud boys are.

But here’s the problem. Proud boys typically show up and unlike Antifa, who shows up with, as we’ve heard, uh, milkshakes geek, uh, proud boys show up with guns, proud boys show up in flak jackets. They show up like they’re about to storm Fallujah while Oh, Antifa. They have a mask on, ah, yeah, the proud boys are a real threat. The FBI knows it. Law enforcement agencies across the country know it. We’ve seen the, they know it and they know what these individuals are doing. Hopefully we can get through January six without any violence. Hopefully we do not see any kind of atrocities being committed by anyone on January 6th. But after January 6th, one of the priorities of this country has to be deprogramming. We absolutely have to get through to these individuals and break them out of their Donald. Trump is God trance. And furthermore, could you imagine any other human being that is less admirable, less likable than Donald Trump?

Like how in the hell did this man become their idol? You know, I could understand. I mean, believe me, I could totally understand if there was like some kind of Colt around like a George Clooney type, you know, a Brad Pitt, really anybody from the ocean’s 11 movie, not the sequence, but ocean’s 11. Sure. Or if there was a cult around a Scarlett Johannson, sure. These are individuals attractive. They’re smart. They’re good. Uh, good actors. They’ve got money, but then you pick a guy like Donald Trump instead this bloated angry whiny man child. And you’re like, Nope, that’s the one. That’s the one where hitching our wagon to, I don’t get it. I, I honest to God truly don’t get it. I don’t get any kind of celebrity or hero worship or anything like that. But at least maybe next time pick somebody. Who’s not such a grotesque disgusting inside and out individual.

If you’re going to have a cult, at least make it around somebody that people can understand why you would pick them to be your leader. I don’t know. But anyway, that’s making light of a very serious situation. The proud boys are a threat. The proud boys need to be deprogrammed and law enforcement better be on guard because these people are the real threat. Don’t be distracted by right-wing media telling you that. No, no, no. It’s the Antifa crowd. It’s not, we know it. Law enforcement agencies know it. Everybody knows it. Watch out for these individuals, protect yourselves. If you are in DC and do not engage with them, let them go out there and have their public temper tantrum and then crawl back home to their basements and lead. Mommy take care of them.