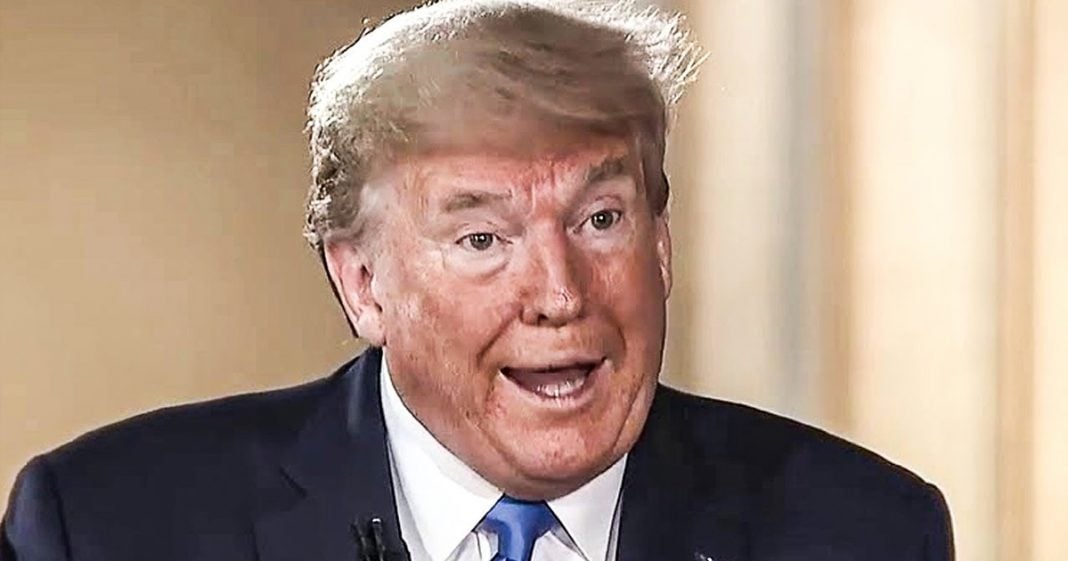 According to the latest round of polling, a majority of Americans disapprove of how Donald Trump has handled the transition to the Biden administration, with most people agreeing that the whole thing has been ridiculous. The world has witnessed Trump go through a solid two-month long temper tantrum, and most people are ready for him to just go away and for us all to move on. Ring of Fire’s Farron Cousins discusses this.

According to a new poll this week from business insider 54% of Americans in this country do not approve of Donald Trump’s transition of power to president elect Joe Biden. They don’t like what Trump has been doing. They don’t like what Trump has been saying. They don’t like how his administration is not cooperating with the Biden team. They’re unhappy. And just, what is it? 31% said they approve of it. Somewhat approved, kind of approve whatever 31% approve of it, uh, to some degree or to all degrees. So a very, very big difference there. 54 to 31 15% said home, which has always the dumbest number in any poll like 15% say they don’t know, whatever, whatever, 15% maybe start paying attention to the world. Either way. Majority of people in this country, they’re sick and tired of this. And I got to tell you as somebody who has to talk about this stuff, literally every single day, I’m also tired of this too.

I’m tired of this being the dominating factor in the news cycle. It is time for everybody to move on, but unfortunately we cannot, until Donald Trump does now, things are going to be different next week. You know, once we hit January 6th, once that electoral college vote is certified, there’s nothing can be done. It is over at that point. I mean, there’s nothing can be done now. Let’s be honest. But once that day hits, the media has to move on. They have to stop covering these Donald Trump temper tantrums, Twitter and Facebook should both go ahead and revoke his world leader status at that point. Uh, I know they won’t. They say they’re waiting for January 20th, but the sooner we get the world to move on from Donald Trump’s temper tantrums, the better Americans are tired of it. That’s what this poll shows. The international community is laughing at us In between bouts of COVID.

We have to move on from this guy so that we can move on as a country on to other more important things. You know, we still have a stimulus fight happening, you know, whatever we end up with from this round is not going to be enough to sustain us until we can get enough people vaccinated to hit that herd immunity point or to have enough people vaccinated to where the spread is virtually impossible. That’s going to be probably nine months at the earliest. Most of us are looking at not even being able to get an a vaccine line until the end of And lesson.

Of course, Joe Biden does use the defense production act and he has more companies making these vaccines so we can get more doses out here. That is the correct thing to do. Just a matter of Willy, do it either way. This has real issues that we have to tackle. We have real problems that have to be addressed, and we need real grown-up people to do that. But as long as Donald Trump continues to go out there and throw his very public temper tantrums and support these crazed conspiracy theorists all the time. Yeah. He keeps doing that. He’s going to continue to hold the country back. And as this latest poll shows, most of us Are sick and tired of it.