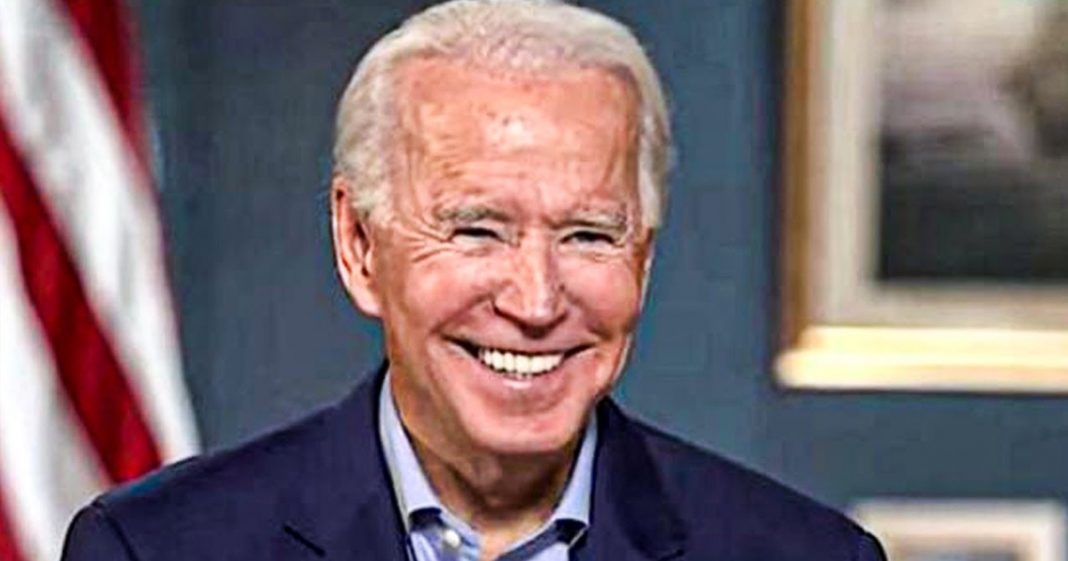 Aides to Joe Biden say that the President-elect is likely to use the Defense Production Act in order to create more doses of the COVID vaccine and get it distributed with a greater speed here in the United States once he takes office. This would be a success in the face of a glaring failure by Trump, who had originally promised more than 20 million doses would have been administered before the end of the year. Ring of Fire’s Farron Cousins explains what’s happening.

Donald Trump promised us not that long ago, that 20 million doses of the vaccine would be distributed before the end of the year. That didn’t happen. And for the record, nobody should be surprised that that didn’t happen. Even at the time when he promised that that was a lofty goal, that everybody knew we were never going to be able to hit, but it was a lie he told because of course he wanted to win the election. Now here’s the thing, Joe Biden president elect gonna be sworn in, uh, you know, under a month. Now he has the opportunity Here to succeed Where Trump failed to score an early victory in his administration. If he does what AIDS this week, two Biden have said he is going to do. And that is to use the defense production act to make more doses of the vaccine. This would increase the supply. He could also use the defense production act to help with the distribution of the vaccine, get it out there, get it, uh, injected into as many people as possible because the sooner we do this, and then we go through, we get the booster. Um, based on what I’ve read, they say essentially from your first shot takes 28 days with a booster in between for you to really build up the antibodies that make you, I guess, quote, safe from the virus. Now you could still contracted, you could still get sick, but it’s supposed to make it to where it would almost be more like a cold last a couple of days.

And then you’re okay. Uh, you know, wouldn’t cause the severe distress, unless of course the vaccine didn’t work for you, but that’s a discussion for another day. The more people who get the vaccine, the quicker we get to herd immunity without having to deal with the million or so deaths that herd immunity would get us. Joe Biden could do that. And again, AIDS this week have said that Biden is wanting to use the defense production act to do it. And honestly, there is no reason not to do this. This is what needs to happen. This is why things like the defense production act exist in cases of emergency to take care of the American public and to get us what we need. We need that vaccine. You know, you have all these Republicans out there still whining about Mark Downs. Okay, well, we can end those. If we have more vaccines, If we get people and not collated, they can get back to their lives, you know, get your shot. 28 days later, your risk of transmission and contraction Drops To a low enough number where you’re deemed Safe. We can Go back to maybe not having to wear a mask in the grocery store. Although if you are sick, whether it’s a cold or flu, whatever it is, you should still do that. We should normalize wearing masks in public when we’re ill, because obviously we’ve proven we can’t stay home when we’re ill. So at the very least wear a mask, but folks, Donald Trump does not have enough of the vaccine.

The drug companies, uh, each individual one does not have the production means necessary to pump out 600 million doses, uh, to cover everybody in this country who wants one, that’s both the vaccine, the first vaccine and the booster. So you’d need 600 million more than 600 million in order to inoculate everybody, the vaccines are rolling out. Sure. But the rolling out slowly, you know, we’ve got these wait lists, we’ve got the lines, you know, the priorities. Where do you fall in the line? And more importantly, how do you even get in the line? That’s a question. A lot of people have, Oh, well, we’re going to get the high risk people in the third batch. Cool. How do you, how do you sign up for that? If you’re high risk Zen by no, no you don’t because there’s not an answer to that yet. Do you have to talk to your doctor? Does your doctor put you on a list? What if your doctor’s not one of the doctors that’s going to be getting the vaccine, Pharmacy, CVS, Walgreens, Publix. They’re not even going to be getting the vaccine for people to make an appointment and walk in and get it Until next season. April may We are. We’re a long ways away, but we wouldn’t have to be. We could do it a lot sooner. If Biden does invoke the defense production act and he says, listen, other drug companies here, you make in this. Now you making it for three, four weeks. We’re going to pay you. We shouldn’t, but we will make this, get it out there, get people inoculate. And then by God, let’s get Back to normal. Aides are saying he is going to do that. And if he does, like I said, it’s going to be a big victory. It’s going to be an early victory. And it’s going to set the stage for the rest of the administration. He has the chance to do something. Great. Willie, take it. That’s the question.