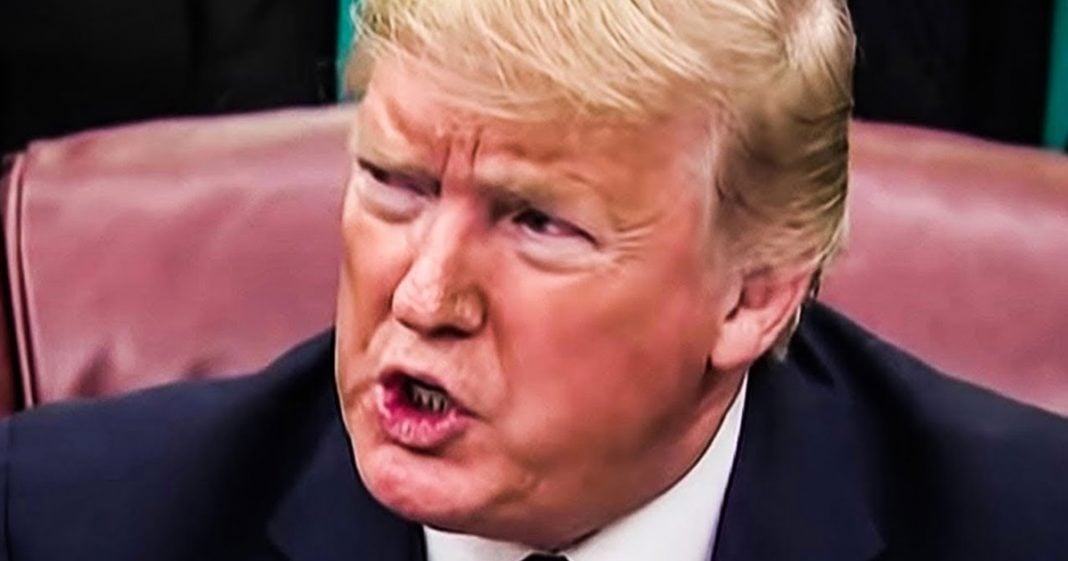 Donald Trump has put one-third of the current Supreme Court justices on the bench, but that knowledge didn’t stop him from attacking those Justices in a weekend tweet this past Saturday. Trump lashed out at the SCOTUS judges for not helping him overturn the Presidential election results, something that actually came as a bit of a surprise to most. Ring of Fire’s Farron Cousins discusses Trump’s anger and why the situation was actually quite predictable.

This past Saturday, before 9:00 AM, which was, I think when Donald Trump left to go golfing for the day he got on Twitter and he wants again railed about the fact that Republicans, Republicans, who should be loyal to him, refused to overturn the 20, 20 presidential election results. But these weren’t just any Republicans that he was attacking here. Oh no folks. It was the Republicans on the United States, Supreme court, three out of nine of which 33% he put on the bench. So even though 33% of the Supreme court should be loyal to him, they wouldn’t help him overturn the election. And by golly, he was furious. He tweeted the following. He said the U S Supreme court has been totally incompetent and weak on the massive election fraud that took place in the 20, 20 presidential election. We have absolute proof in all caps, but they don’t want to see it.

No standing. They say, if we have corrupt elections, we have no country. You know what? You actually hit the nail on the head right there. And this is something by the way, uh, that I’ve been talking about recently too, if Donald Trump was in fact staging a coup, it would mean that we technically do not have a country anymore. He would be violating his own constitution. And if he remains in power, the constitution would technically no longer be in effect. We would have no country, nothing would matter anymore. And he is trying to say that because they will not overturn the election. We have no country, no Supreme courts actually doing what they’re supposed to be doing. It is true. And by the way, when this lawsuit was first filed, when the other challenges, right? I told you from the beginning, they have no standing. Like you literally cannot challenge what happens in another state.

When the constitution specifically says, every individual state can figure it out on their own. Like you have no standing. You also have no proof. By the way, you have been given countless opportunities over the past two months to provide any shred of evidence to literally anyone you could have provided it to those of us online, who rant and rave about politics all day, you could have provided it to Fox news. You could have provided it to the other lawyers on your team who asked Sidney Powell and Rudy Giuliani for it. And most importantly, you could have given it to the courts, but you never ever did because it never ever existed. Trump wants the Supreme court to be loyal to him instead. They thank God we’re loyal to the constitution, but that’s not hard to figure out because again, as I had said, if they had said, okay, yeah, we’ll overturn it.

We’ll overturn the constitution. Then suddenly the constitution becomes a meaningless document, which suddenly means those Supreme court justice become meaningless individuals. This country would not go quietly, you know, from democratic Republic to a dictatorship, I’m willing to bet there’s going to be some kind of uprising if it were to go that way. Uh, and I’m pretty sure the Supreme court understands that, Hmm we’d we’d probably be in trouble if that happened. And they don’t want to do it not to mention the fact. And I think Republicans and, uh, even Democrats to a degree overlook this, those judges on the Supreme court. Yes, they have their individual ideology. And yes, that is going to influence how they rule on cases. And those cases are going to influence how we are able to live our lives. But when it comes down to party loyalty, they have not anymore because they don’t have to, they have that appointment for, for life it’s there.

So while they can reflect their independent ideology on their rulings, they don’t have to cow tow to any particular political party, because you’re already on the Supreme court for the rest of your life. You can’t get a promotion from that. So that’s why they don’t owe you anything. And that’s also why probably in your best interest to not them off, but you’ve already burned that bridge. Didn’t should Trump. And now hopefully, hopefully for you, all those other lawsuits you’re facing, as soon as you leave office, hopefully the Supreme court won’t get to decide on those because I’m pretty sure calling them in competent and weak. That’s not going to bode well for you. Is it.