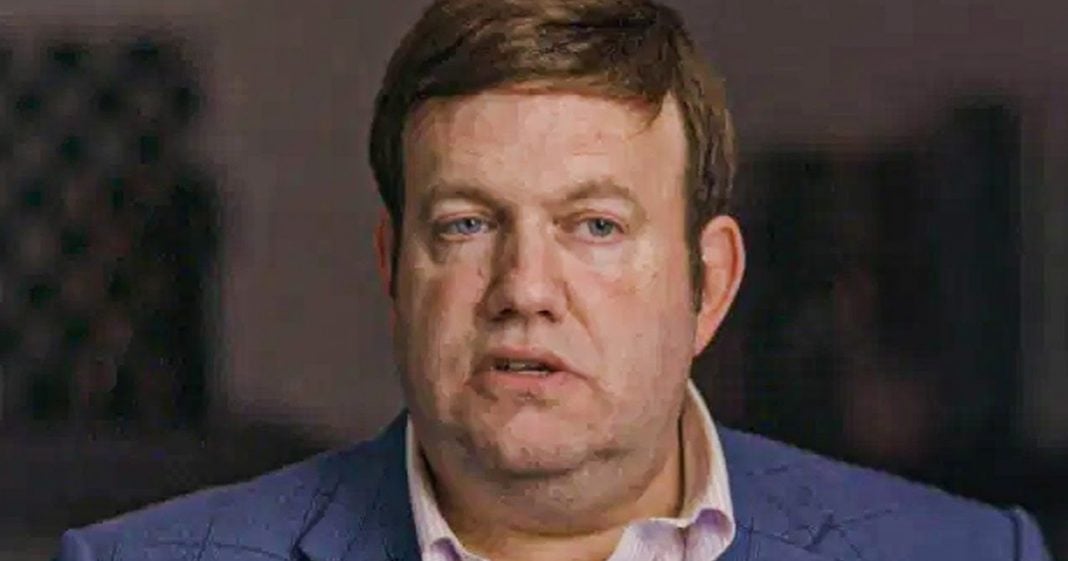 According to Republican pollster Frank Luntz, Donald Trump might have already cost Republicans the runoff election in Georgia. His stunt with the COVID relief package put Republicans on the defensive, and allowed the Democrats to emerge as the party trying to help average people. But Trump may be the least of the worries in Georgia, as the politicians the Republicans have put up are corrupt to their core. Ring of Fire’s Farron Cousins discusses this.

Well folks at this point, we’re only days away, really from the Georgia Senate runoff that is going to determine which party is going to control the United States Senate. And this past weekend, according to Republican pollster, Frank Luntz, Trump may have already lost it for the Republican party. And he did it according to Lence with his little stunt, to get $2,000 stimulus checks to the American public. Now you may think to yourself, we’ll hold up $2,000 checks or are good. It’s much better than the 600. So how could that screw things up? Well, honestly, and I think lunch misses this cause Lon says the kind of Republican who wants to blame all the parties problems on Trump. Uh, what Lence doesn’t realize is that Trump didn’t hurt your party, bud. Your party hurts your party. Cause all they had to do when Trump said, I want $2,000 checks is say, okay.

Yes, sir. We’ll do it. I mean, literally you guys went along with every single horrible thing. Trump did you want to put babies in cages? Put them in cages. Oh, you want to think about attacking Iran? Here’s the plan I drew up on it. Oh, you want to launch a trade war? That sounds great, sir. Don’t worry about the farmers and the bankruptcy. Oh, you want to give more money to American citizens? No, no. We must draw the line somewhere, sir. You are out of line, but I will help you overturn the election. If you want me to just, just don’t give money to people facing eviction. That would be crazy. See Frank, it’s not Trump actually in this part, Trump did the right thing for once. It’s literally everybody else in your party that hates people so much. You hate humanity so much that you’re unwilling to help them out in this time of unprecedented crises.

That’s what it is, Frank and yes, that is going to hurt your prospects in the state of Georgia and y’all deserve it. Um, here’s the other thing too. $2,000 checks, $600 checks. Uh, the public shaming of the Republican party that’s been happening for over a week. Cause they don’t want people to have more money. Uh, yeah, all that aside. You still have to deal with the fact that you’ve got to have the most corrupt senators up for reelection. And because you also don’t have the distraction of all the other elections. Now the entire country is laser-focused on those two corrupt individuals, Leffler and Purdue we’re finally looking at Oh wow. Did she engage in insider trading along with her husband, the CEO of the New York stock exchange. Oh wow. Purdue, uh, he’s got his own stock issues that looks like he’s trading things that he ought not be trading with information.

He ought not be using. Oh, Oh, Oh, Oh. They’re selling homes for way below value and then getting a tax kickback. What is going on there? Oh yeah. See folks. That’s why it’s so difficult for Republicans when everybody is focused on them because you start to smell the rats we’ve turned on the light. The cockroaches are scattering, but the cockroach is still wants you to vote for them. And instead of blaming themselves for this infestation, they’re trying to pin it all on Donald Trump. No, no, no, no, no. It is not Donald Trump’s fault. Donald Trump is just another cockroach. It’s the rot within the party that attracted them. And as long as people like Frank Lutsen Z exist to say that, Oh no, no, no. It’s just the biggest Roach. The biggest Roach is the problem. Donald Trump is the problem. Now it’s that rot at the center of your party that is forever going to attract all those cockroaches unless you clear it out. And that’s not something that I think Republicans are ever willing to do because they’re not even willing to admit that the rot is there.