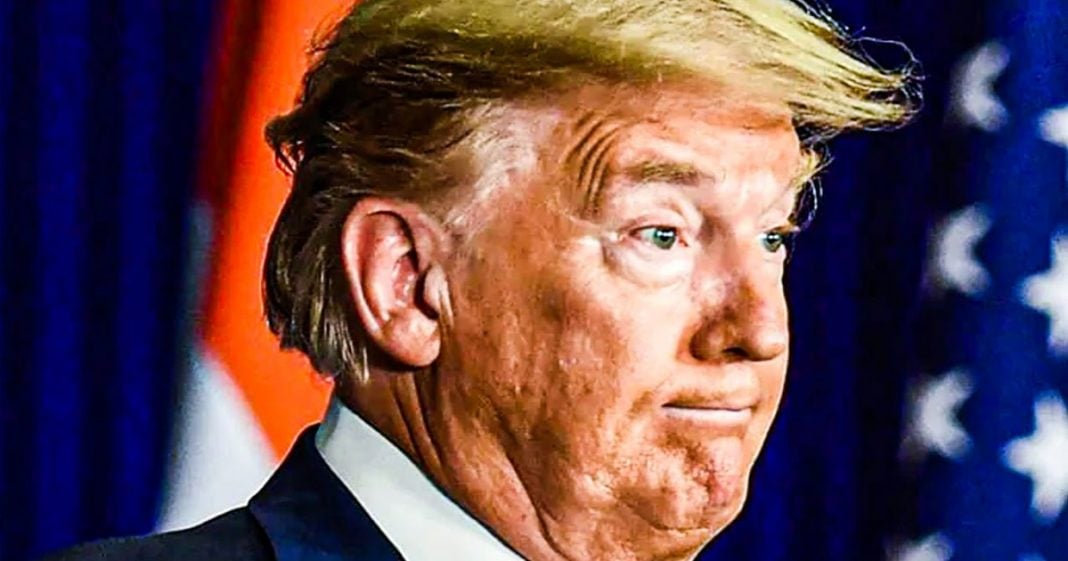 A staggering $8 billion was spent during the 2020 election in races across the country, and in far too many instances, that money played absolutely no role in attracting or repelling voters. Democrats spent a few hundred million on two races alone, and they lost both by double digits, defying polling expectations. But this system is out of control, and Farron Cousins explains how this hurts the country.

According to a recent analysis in 2020 and the 2020 election cycle $8 billion was spent on political ads, $8 billion. That’s not just the presidential race. That is all races across the board coast to coast border to border, uh, presidential to dog catcher, whatever it is, eight frickin billion dollars wasted on polo advertising. And when I say wasted it’s because the most recent analyses out there show that this money was wasted by both parties, to be honest. Um, here’s the thing Democrats over in Kentucky and South Carolina spent hundreds of millions of dollars to lose two Senate races, one to Mitch McConnell, one to Lindsay Graham lost so bad that it actually defied the polling expectations. You know, basically McConnell and Lindsey Graham, uh, beat the spread. I guess you could say in those elections, the feeding their democratic opponents by double digits, in spite of the fact that the Democrats were better funded and spent hell of a lot more money, hundreds of millions in those two races to lose.

And I don’t care which way you slice it. That is money that is wasted Republicans, similar things. They spent millions of dollars for Tommy Tuberville to beat Doug Jones in the Florida, the Senate race, you could have literally run a rock and say it was a Republican in the state of Alabama. And the voters would have picked that rock over anyone calling themselves a Democrat. That’s what would have happened. You didn’t have to spend millions of dollars for that. That money is wasted in a state that has poverty so bad. The United nations had to come in and issue a warning about the severe extreme poverty in the state of Alabama. And you spent millions on a candidate that was already going to win. Regardless.

The reason I bring up the issue of poverty in Alabama is because again, we spent $8 billion. That’s $8 billion from corporations, $8 billion from individual donors. That’s $8 billion that could have literally been spent on anything else in this country to make people’s lives better. But instead it was spent to further the careers of politicians who promised they’re going to do something for you. And I swear to God, they’ll never deliver on it in your lifetime ever. So why do we do this? We do it because we assume this is the way it’s supposed be. We do it because citizens United tells us than money is free. Speech and McCutcheon tells us that unlimited money is unlimited free speech. So corporations give, and then individuals give more to try to combat that. But the whole system is designed to keep power in power, to prevent challengers. We have to move away from this funding mechanism for elections. We have to go to fully publicly funded elections, a hundred percent. You know, why not just because it’ll help stop us from wasting this much money, but because it will open the door to competition. If I were to run for office right now, I would have to pick one of these two major parties. I would have to be a Democrat or I would have to be a Republican. Do you know why? Because if I tried to run as anything else, the funding apparatus is not there.

Oh sure. I could register. I could get the signatures. I could get on a ballot, but nobody would know who the hell I am. I’d get shut out of debates, which would make me get shut out of the polling, which would make me get shut out of future debates. I wouldn’t be able to run fancy ads on television because I wouldn’t have the money for that. I wouldn’t be able to pay these high priced consultants to get out there and get my name out. No, Because The monies within the two party system and by God, they’re going to waste $8 billion again, if they have to, because they get paid, they don’t care how much money they waste because it’s not wasted for them. They get paid along the way. CMC to recently actually following the 2020 election did a phenomenal piece on it. Maybe it was before. I’m sorry. I don’t remember. But either way Sam explained these consultants out there, you know, the ones who go out and they say, Hey, campaign, you know, we’ve got an idea for this ad that we want to do for you. Uh, you know, you pay us, we’re going to go and we’re going to hire, you know, the people to do it or, or, Hey, I’m just the middleman here. Anyway, they get paid every step of the way. Like, even if you’re just the ad buyer, you get a cut of that money along the way, even though you’ve done nothing, but make a phone call or send an email,

It’s a scam. The whole thing is a scam. And yet we sit here, we play into it, you know, Oh, I’m going to swim as SIM $10. I did it too. It’s the first year I’ve ever sent money to politicians. I sent, um, little bit to Bernie Sanders. I sent a little bit, uh, to Janke huger. I sent, uh, a lot to ed Mark a lot for me to ed Markey. Um, but by doing that, we’re also feeding the system because not all that money I donated made it to all those people cause they use the same funding, apparatus act blue. Some of that Gets taken out along the way before it makes it to that candidate. The system has to stop. We cannot continue to waste $8 billion every election cycle. When we have millions of Americans out of work, millions of Americans, one in four children starving, no $8 billion on elections. That’s an insult to everybody in this country that is struggling to make ends meet and we have to get rid of it. We have to abolish it. We have to move to publicly funded elections. And I promise you if we do that, we just might see some better politicians come out of that.