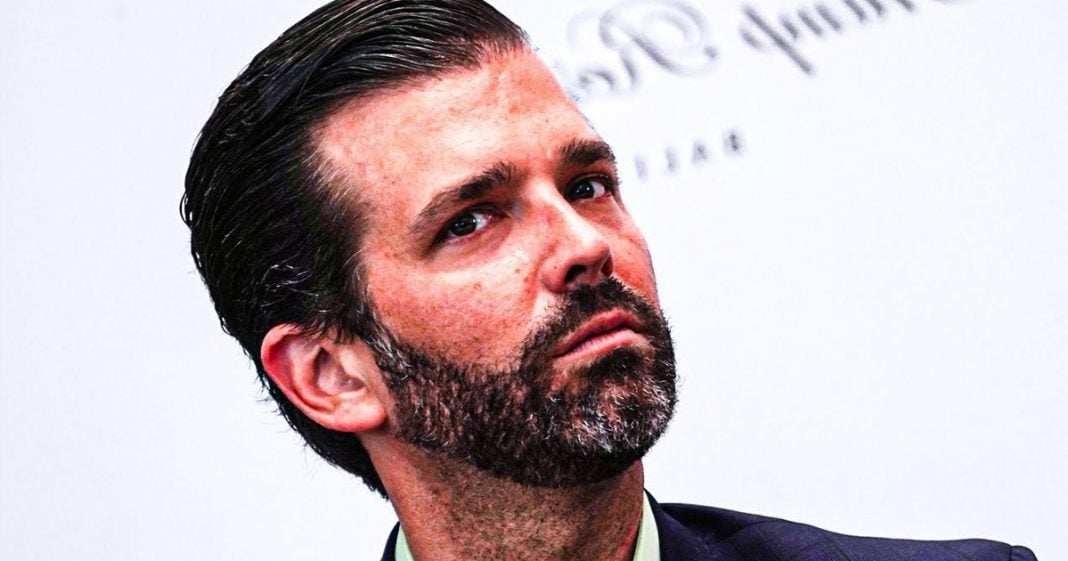 Donald Trump, Jr. was mocked relentlessly on social media on Monday after he claimed that “Freedom is losing ground to tyranny very quickly.” Junior made the comments after his father lost the state of Georgia for the third time on Monday. But there’s a reason why Trump, Jr. is ranting about “freedom,” and it is likely because his could be on the line now that his dad’s job title can’t keep his family out of trouble. Ring of Fire’s Farron Cousins discusses this.

This video originally aired as a Tier 3 member-exclusive. Not a member? Become one today!