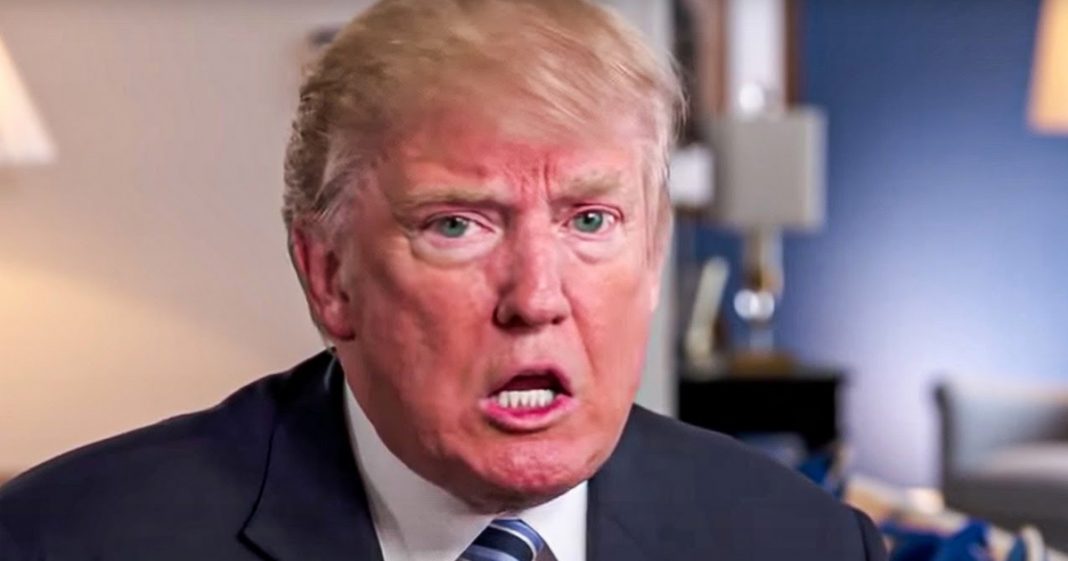 Donald Trump has never won a Nobel Prize, and he will likely NEVER win a Nobel Prize. And that knowledge is eating him up inside. This week, Trump released a campaign-style ad that featured him pictured with world leaders as the image of a Nobel Prize is superimposed on the screen. He is trying to create the illusion that he won the prestigious award, and Ring of Fire’s Farron Cousins explains why.

On Monday of this week, Donald Trump tweeted out a truly bizarre video that looked like it was a campaign ad, but apparently it was just a video they created to stoke his ego a little bit. And there was a very weird part where Donald Trump is, you know, pictured at the white house and he’s got, uh, leaders from the middle East up there with him. This was part of the Abraham Accords for other countries to normalize relations with Israel. They’re standing there for their photo op and then the video at this point, they superimpose a little image of the Nobel peace prize. Uh, he didn’t win the Nobel peace prize. So I don’t know why they would do this, except for the fact that we all know exactly why they’re doing this. Donald Trump is still fieriness about the fact that he never won a Nobel prize and Obama did see that’s what gets him, just the fact that he’s never won it wouldn’t bother him so much if Obama had also not gotten a Nobel prize, but because Obama did, and Republicans have been about that for 12 years now, but Obama did and Trump didn’t and that will forever him off.

But here’s the thing, bud. You haven’t done any, like you’ve made the world worse. Granted, listen, Obama got one and nobody, you know, was really even quite sure why, other than the fact that he was the first black American president, that’s a big accomplishment. Now isn’t an accomplishment worthy of a Nobel prize. Um, I don’t know. It’s a huge accomplishment. It’s obviously going to be in history books forever, but did it bring peace? I mean, no. So yeah, there’s a big question Mark over that one too. But Obama promised and pledged to bring the country together after a time of very intense division. Trump didn’t do that. Trump fed the division, stoked. The division depended on that division. And uh, yeah, I mean, there’s, there’s your difference though? There’s your difference?

Not to mention the fact that Donald Trump did not play a role, really, any kind of measurable role in what these other countries have been agreeing to. Um, he has caused far more chaos in the middle East than he has caused peace. You know, it’s a net loss over there right now when you weigh out the good and the bad of what he has done of what the United States has done for, you know, 40, 50 years at this point, over in the middle East, we have made things so much worse while occasionally doing one or two little good things while we’re doing horrendous, uh, war crimes. When we think nobody’s looking. So that’s where we’re at right now. But this ad that he has put together is absolutely ridiculous. And again, the whole purpose of it, obviously since he’s not running for president anymore here, he wanted to soak his ego. He’s been a little sad. He’s been a little upset that he, you know, didn’t win. He started to come to grips with that starting to really weigh on him. So he needed a pick me up. And this is what it was super imposing, an image of the Nobel peace prize over an event that I’m pretty sure he couldn’t explain to you if he tried.