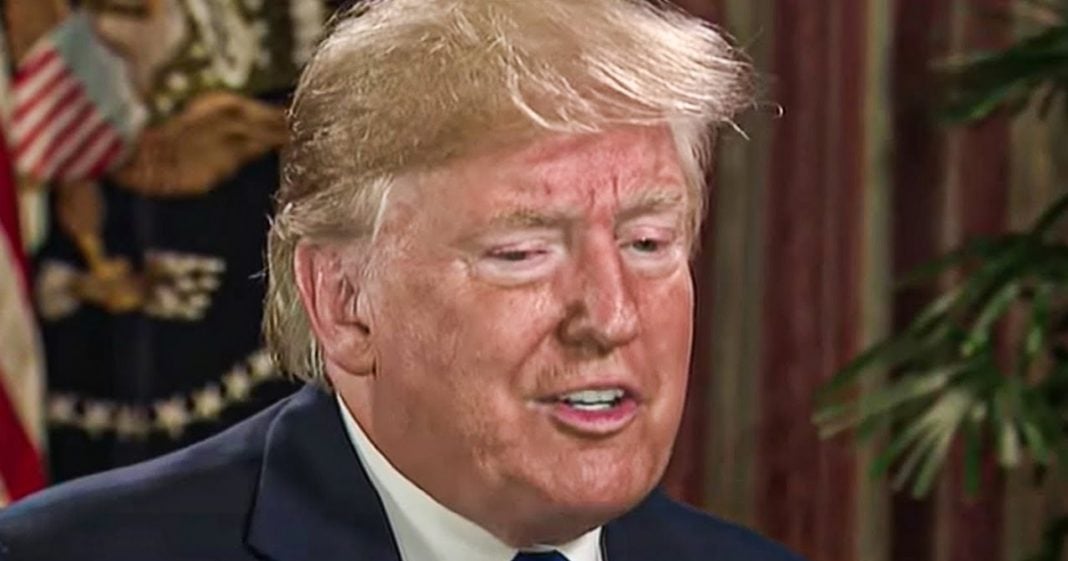 A panel from the D.C. District Court this week ruled that Donald Trump cannot continue to hide from subpoenas from a House panel, even if only a minority of members wanted to issue the subpoena in the first place. The court upheld what is called the “7-member rule”, and this will allow a minority of members of the Oversight Committee to subpoena information using their broad powers. Ring of Fire’s Farron Cousins discusses this ruling.

Donald Trump suffered another pretty significant, uh, legal blow this week as the DC circuit court of appeals ruled in a two to one decision that the house panel on government reform and oversight does in fact, correct, have a seven member rule that is legal, that allows any seven members of that oversight committee. If he can, it’s seven members who say, we want this particular information, they can get it. You don’t have to have majority of the committee. If you’ve got the seven members, you can do this. And the oversight committee has very broad, uh, subpoena powers, I guess you would call them. They call them subpoena like powers. Um, and because it’s oversight, they can say, listen, we think somebody over here at this office, we think the president may have, we think this cabinet member may have anyway. We think this one individual may have done something wrong.

Give us this information so we can just double check, make sure everything’s on the level. Uh, so when I say they have broad powers, they really have broad powers. If they think you’ve done something wrong in your in government, uh, they can get whatever information they want. And now as the DC circuit court says, they can get it with just seven members. So why is this a setback for Donald Trump? Well, it’s a setback for Donald Trump because this was a lawsuit that was brought against him. You see seven members, four years ago, uh, of the oversight committee sought to get information about Trump international hotel. Uh, they believe there could be some shady dealings happening or some self-dealing. I believe it was with the hotel and Donald Trump and the Trump campaign. Uh, and this again was in the very, very, very early days of the Trump administration.

Trump refused to turn over the info, the lawsuit resulted. They said, Hey, you don’t have the majority here. You can’t do this. It is what it is. So finally, four years later, we get the decision that says, okay, yes, you can have this information with the minority rule. Now, a lot of articles out there about this are saying, we’ll be careful Democrats, because this could cut both ways. Oh no, listen. If somebody in government is doing self-dealing, if somebody in government is breaking the law, it doesn’t matter if there’s a D next to their name, or there’s an R next to their name. We need to know about it. Yeah. Congress occasionally goes on fish fishing expeditions. We’ve seen that a lot over the last few, uh, decades, really. But if they uncover real wrongdoing, that’s a good thing.

Just like the Mueller investigation, you know, the rush, the hysteria that surrounded it, that was a bit overblown. What wasn’t overblown was the fact that it’s members of this administration absolutely broke the law and they got taken down for it until of course, you know, week or so ago when they all got pardoned, nevertheless, crime was rooted out. Criminals were rooted out. So I don’t care if this means that Republicans can now get their seven members to go after Democrats. Fantastic. If you have legitimate reason to believe that somebody committed a crime, I don’t care if it’s a Republican or a Democrat rooted out and get it out. There’s corruption all over this country. But the one place we really should avoid having corruption is with the people who are running the country. And if you disagree with that, then I don’t know what to tell you.