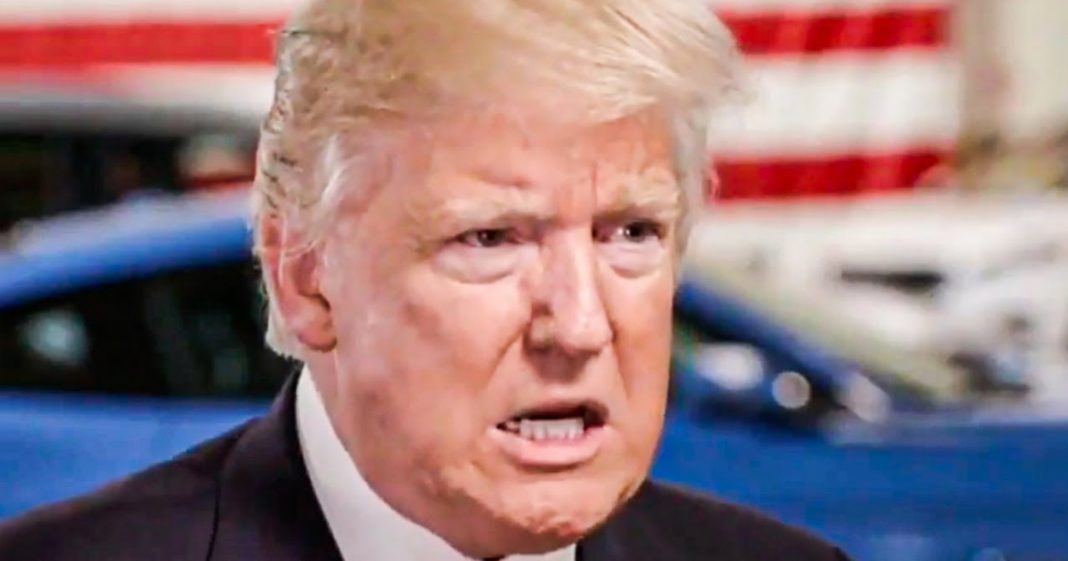 Mellissa Carone, the woman who Rudy Giuliani made famous by having her testify publicly about voter fraud but she just came across as a crazy person, has been issued a warning by Dominion voting machine company to stop it with her lies or face legal action. She is just the latest in the long line of Trump’s allies who are facing legal action over their lies, and the companies need to stop dragging their feet and start filing the lawsuits. Ring of Fire’s Farron Cousins discusses this.

A lot of Donald Trump’s friends and allies and, uh, just people who are desperate to suck up to the president, the ones who’ve been working over time to try to overturn the United States election and effectively destroy the United States. Um, they’re going to find themselves in a word of a world of financial pain in the very near future, as they continue toYou to slander the Voting machine company, the minion voting Services, the most recent person to receive a cease and desist letter. And the one Who has said she ain’t going to cease and desist from dominion for spreading lies about the inaccuracy of their machines is Melissa Karoni. Now you may remember her as the woman who Rudy Giuliani brought out as his star witness to talk about all the voting fraud she witnessed. And she ended up, Uh, kind of looking like a bit of a wacko person, Uh, SNL mocked, her relentlessly, you know, we did a video on it. Everybody remembers Melissa Corona.

You may not know her name, But you who’ve seen her, uh, either way. She continues to go Go out there because she has now become a right-wing media darling. Uh, she continues to go out there and say, the dominion voting machines are horrible. They cannot be trusted. They’re switching votes, things like that, none of which she has any evidence whatsoever To prove. So last Tuesday, She got hit with a cease and desist letter from dominion, which is the first step before they file a slander lawsuit against her. The greatest part about this is that, uh, Ms. Karoni says Shang and do it. This is what she said. Um, well, first of all, she said that the letter from the attorneys was degrading because the letter from Dominion’s attorneys, uh, said that her only experience with these voting machines was being hired through a temp agency to clean them, to wipe down the screens and perform other menial tasks. She says that is the grading. And then she says, I’m not concerned about it. They’re scared of me and she vows to not stop. Um, you’re going to get sued. Like you’re going to get shooed very soon.

You need to find a good lawyer and please don’t let it be Rudy Giuliani, because you’re going to get sued and you’re going to have to pay a lot of money. And if you’re unable to pay that money, then there’s a chance you may end up in jail for your lies. You’re not going to become a right-wing media star. You’re not going to become a right-wing media icon, Your, this season’s Ken bone, your Joe, the plumber, your something that pops really Quick. And then two months from now is going to be like, what? Who, what? I don’t even remember that thing. Just like, I’m sure there’s a of people watching this saying, what the hell is a Joe, the plumber. What’s a Ken bone. You work in this Industry long enough. You start to remember all kinds of obscure stuff. But yes, that is what this woman is. She doesn’t have the financial resources to survive a slander lawsuit. She also apparently doesn’t have, you know, the, the, the capacity to understand what is at stake here.

That’s, what’s so scary about this. I truly believe that she doesn’t quite know she has gone too far deep into these right wing conspiracy theories to not understand that there are real world consequences to these things. Somebody needs to explain that to her. Some lawyer, a good lawyer, not any of the ones that have worked for Trump or worked on behalf of Trump. None of them, no Lynn woods or Sidney Powells or Giuliani’s or Jenna Ellis’ no, she needs a real lawyer to sit her down and be like, look, you’re going to pay a lot of money that you don’t have. And if you’re not able to pay that money, you’re going to be in a world of financial pain, probably for the rest of your life. This isn’t a game. This isn’t funny, and you’re not going to walk away from this with some kind of right wing career. This is going to ruin you. All you have To do is stop spreading the lies and it goes, It was away. But this woman by her own admission, Isn’t even willing to do that. She is willing to ruin the rest of her life. F two 10. You to spread lies for a president who doesn’t even know she exists.