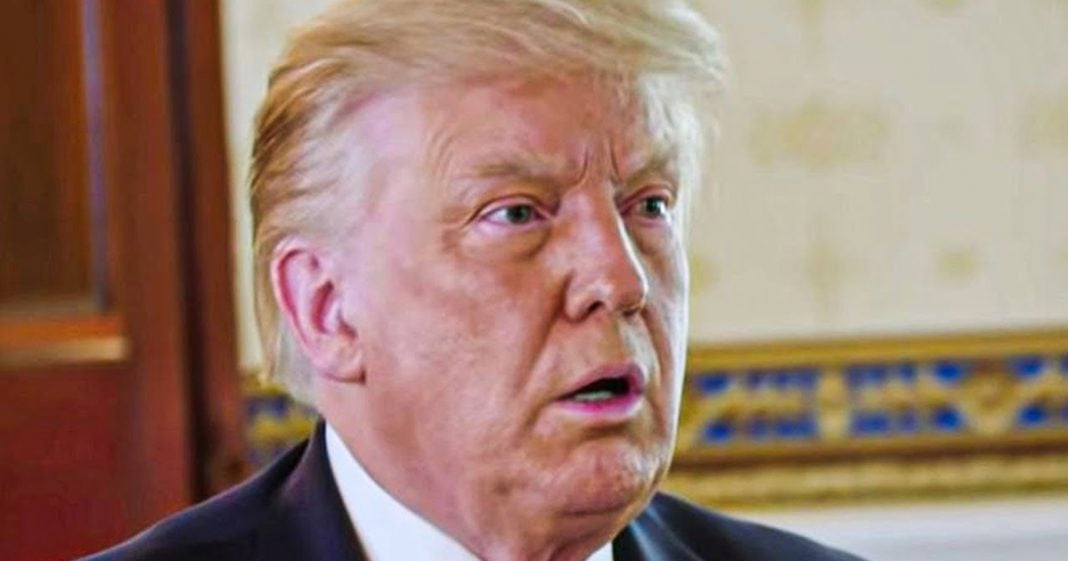 The United States recently experienced a foreign attack on our digital systems, and a domestic terrorist attack in a major city. In spite of all of this, Donald Trump is back to refusing to cooperate with Joe Biden’s transition team, leaving them out of vital intelligence conversations. The issues happening now are problems that Biden is going to have to address, not Trump, and the Biden team may have to resort to filing lawsuits to stop the obstruction. Ring of Fire’s Farron Cousins explains what’s happening.

According to Joe Biden. Donald Trump has, once again began obstructing his transition team from being able to get any information whatsoever from the white house, from the intelligence briefings, from whatever it is. Trump is no longer letting the Biden people have this information. And this comes at a time when, just in the last few weeks, we have seen a major cyber attack on institutions here in the United States government institutions here in the United States, uh, that most likely originated from Russia. And just last week on Christmas day, we had a domestic terrorist attack. So why, why in God’s name would Donald Trump want to keep any information right now from Joe Biden? Other than, of course, to set them up for failure because you see these two things that have happened in just the last couple of weeks. Those are things Joe Biden is going to have to deal with.

Those are issues Joe Biden has to address Donald Trump will be long gone before these issues even get resolved before the investigations really even heat up to find out what the heck happened in either instance. So it’s all going to be on Joe Biden and what Trump is doing right now. I know some people think, well, he’s trying to protect Russia. I don’t even think it’s that. I don’t think it’s that at all. I think it’s that he is setting Biden up to fail the longer he was Holt withholds information, the less prepared this administration is when they come into office. Oh sure. They can handle the other things, right. They know what’s happening with COVID. Uh, they’ve already talked about some big plans with what they’re going to try to do with this. Um, they know what’s happening with the economy. They know what they need to do in terms of stimulus.

What they don’t know is what’s necessarily happening with the foreign policy or with these other domestic policies in terms of intelligence, you know, the things that are actually threats to our way of life. Those are the things they need to be prepared to address. That’s not the kind of thing you want. Somebody walking in blind to one day, one of the jobs saying, okay, what’s happened the last four years. I got no idea. Oh Lord. Yeah. That’s not going to end well for the United States. But Donald Trump is willing to throw every one of us under the bus. You know, it doesn’t matter if you’re a Democrat or if you’re a Republican, if you’re left or right, or green or libertarian or whatever, he’s lumping us all together and saying I’m screwing every one of you because I mad because folks that’s what happens with policies like this, you know, with our foreign policy, with the country being attacked, uh, digitally by another country.

That’s not just a ha this is bad for Democrats or hot. It’s bad for Republicans. Now it’s bad for all of us. We’re all kind of United and things like that. We all get screwed. It not just one party or the other. And Trump says, I don’t care. I’m going to keep them from getting this information to be able to map out a plan on how they want to handle it. So instead more than a month will go by. They won’t know what to do until they come into office and get the full information. Unless of course, Biden finally does what he should’ve done a month ago and takes these idiots, the court, and forces them to cooperate with the transition team. It is beyond appalling again that they didn’t do this a month ago, or even before that. But they didn’t because that’s what Joe Biden does talks a big game, like act all big and bad when he’s dealing with those on the left. But when it comes to dealing with Republican obstruction, he just kind of kicks his foot in the ground and says, can you please, can I please play with you? Yeah, it ain’t going to happen. And if you don’t start getting tough about it, we’re going to be in for a Rocky first few months when Joe Biden finally gets sworn in.