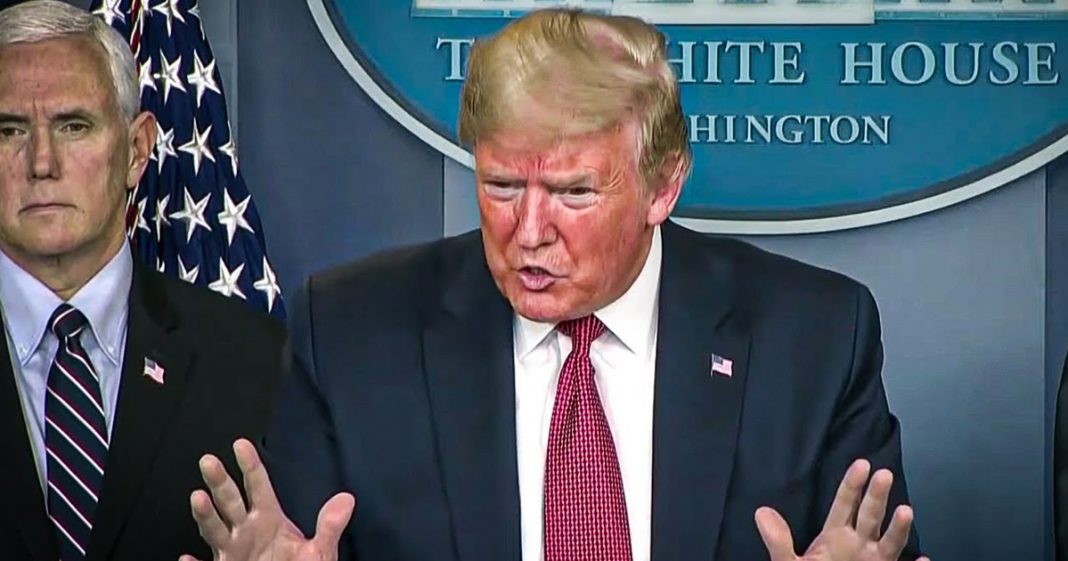 Donald Trump is clearly abusing his ability to pardon individuals, and this program or practice or whatever you want to call it has to go. And this isn’t about his pardons for his criminal buddies who helped him win the White House – this is about the war criminal murderers that the President pardoned. Those men murdered civilians in the Middle East in cold blood, and there is no reason they should have been granted a pardon after what they did. Ring of Fire’s Farron Cousins discusses this.

So another thing that happened, uh, during this whole holiday break thing, as Donald Trump was in the middle of his Twitter meltdowns and not giving us the relief we needed, uh, was this pardon spree that he went on. Not surprising most of them. Right. We understood the guy who was going to pardon his criminal buddies. Yo, he throws one to Jared Kushner’s father. Uh, he throws one to all the people involved in the Russia investigation. Yeah. And people were off about that, which I don’t understand, like you knew this was going to happen. He unfortunately has the authority to do this. Not much we can do. Uh, and of course, whatever, you know, move on from that crap. I don’t even care. At this point. Then there were the ones that were like, hold up now this isn’t cool. And those are the ones, people like Duncan Hunter, Doug Collins, you know, the former Republican politicians who got busted.

One of them for misusing campaign funds to help cover up at a fair and live a lavish lifestyle. The other one for insider trading. Um, yeah, those guys needed to be punished for that crap. That’s that’s pretty serious thing. And then of course you have the ones that make you realize this entire pardon system is broken and needs to be dismantled. And those were the black water guards who committed war crimes by straight up murdering civilians in Iraq in 2007. Trump. Pardon those individuals? Pardon him done? You murdered people intentionally. Okay. This wasn’t an accident. You shot one of the little boys in the head to the point where the father described it. As they literally blew his brains out. His father saw his son’s brain on the ground because of these Blackwater guards That Trump pardoned.

Here’s the thing too. Um, mute a bunch of people on the left. Some of the folks that I guess you could say, maybe they’ve gone so far left that they’re almost on the right now, um, who were absolutely certain by the way that Donald Trump was going to pardon Julian Assange. Oh, we’re going to get that assigned. Pardon. Right? Which we should, honestly, Julian Assange deserves to be pardoned. I don’t care what you think about, Oh, he’s partisan. No, he’s a journalist. Or you know what he does is important and valuable to journalism. He should be pardoned. And they were all clamoring for that. I don’t know if you spend any time on Twitter at all, but they were all clamoring for it. They were all certain it was going to happen. They all seem to have forgotten the simple fact that it was Trump’s DOJ that issued the charges against the syringe so that wasn’t going to happen. And then he turns around and instead of giving a pardon to a songy, he pardons actual war criminals. So all those talking points that we’ve heard from some of those, again, who are so far on the left, that they’re actually on the right. Uh, some of those Trump apologists from the left and you all know the folks I’m talking about who have said that, Oh, Trump’s not a warmonger. Like the rest of them bull you’re four years of lies just blew up in your face and you have all now been exposed.

But none of that even matters. Either kids are dead. Civilians are dead, innocent. Human beings are dead because these four Blackwater guards intentionally walked up to them and. Yeah. And now they’re free men because Donald Trump looked at that and said, I see no problem with this. Go enjoy the rest of your life. The pardon system has to go. This is insane. We cannot allow the president of the United States to just look at a murderer and say, yeah, you can go. No, Nope, no. There has to be limits on this. A victimless crime. Sure. I’m okay with that. Okay. You got caught with drugs. Yeah. You can be pardoned. Okay. You were caught insider trading iffy, but at least she didn’t kill somebody. Folks. Do you understand? We’re probably this close to seeing Donald Trump issue a preemptive. Pardon to Kyle Rittenhouse. Yeah. Be prepared for that. Be prepared for the outrage. That’s going to come from that one. Because at this point I will be shocked if it doesn’t happen, but this system has to go. The president should not be allowed to tell a murderer. Hey, go ahead and get on out of prison, bud. You’re free to go. No, no. These men were convicted. The evidence was overwhelming. They’re murderers. Who’s the party, a law and order now.