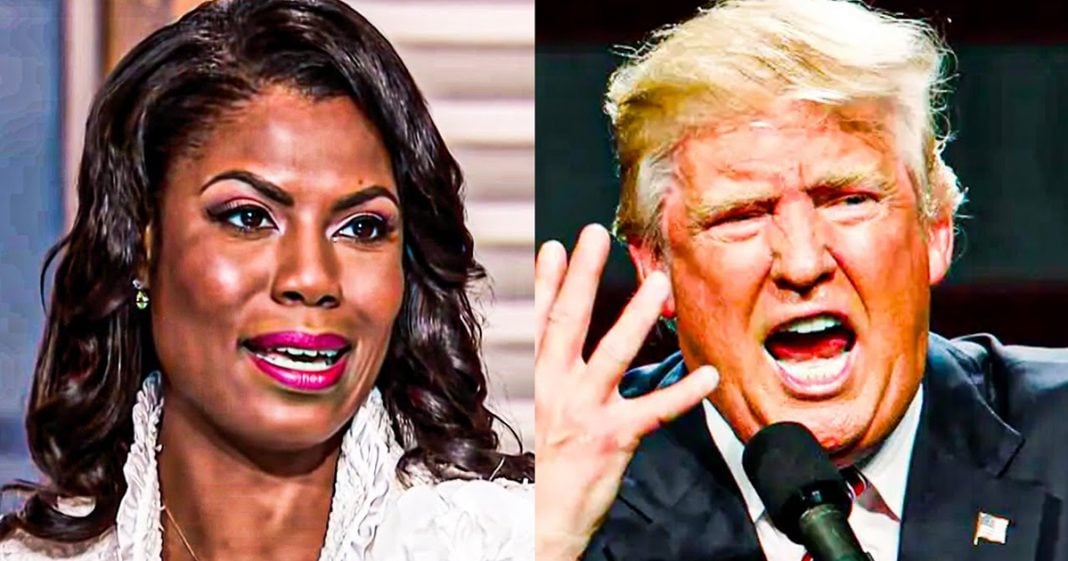 Former Apprentice contestant and Trump aid Omarosa Manigault Newman told MSNBC this past weekend that she believes Donald Trump is going through a psychotic episode because he lost the election. There’s no doubt that this is the case, and to take it even further, it appears as if he has gaslit himself into believing his own election lies. Ring of Fire’s Farron Cousins discusses this.

During an interview with MSNBC this past weekend, uh, Omarosa Manigault Newman, the former apprentice contestant and former Trump aide said that she believes Donald Trump is absolutely experiencing a psychotic episode right now with his refusal to accept the results of the 2020 presidential election. Now, Omarosa is not a mental health expert. Mental health experts have told us pretty much the same thing. No, and I don’t disagree with that either. Again, totally not a mental health expert, but let’s just look at the available evidence. Shall we for almost two months now coming up this time, next week, it will be for two straight months, Donald Trump has been whining and crying about non-existence voter, a nonexistent voter fraud. He has been whining and crying about nobody wanting to help him join his little crusade against his own government. He’s whining about the Supreme court that he put in place.

He’s whining about Republicans. He’s making up all these clubs. I’d say [inaudible] Oh, he knew you didn’t though. And so I think, again, Omarosa’s correct here, but I think the person who is even more correct is Donald Trump’s niece, Mary Trump, who she is, uh, an expert in this arena. She said recently that she believes that the president, her uncle Donald Trump has in fact gas lit himself, the gas lit or gas lighted. I don’t know, but whatever which one of those it is, he did that to himself because if you go back and you look at the early days of Trump’s denial, it wasn’t as desperate. It wasn’t as outlet dish. You know, he was talking with his own age about the transition about, uh, you know, he’s going to announce his run again. He’s, you know, gonna try to above a bla, you know, when Biden takes over all that talk went away though.

Like we’re not hearing those things anymore because I think he genuinely believed for, for the longest time there he was going to overturn this. Now he obviously doesn’t think that anymore. Uh, the Republican party has turned against him. His own Supreme court has in fact said, no, we’re not going to help you steal it. So he knows that’s not happening, but he believes that the fraud did happen. Whereas in the early days of this, I promise you, he didn’t actually think that. But he said it so many times. He had so many crazy people in his ear like Sidney Powell and Rudy Giuliani, that he was able with their help to Gaslight himself into thinking, you know what? This is, this is real. Wonderland is real. There is a Cheshire cat out there that can disappear. No, it’s all one big hallucination, bod you all, or living in an alternative reality.

This is part of your psychotic episode that you are having right now. Now none of it is real com come back to reality except your defeat. But as Omarosa also correctly points out. That’s not something he’s ever going to do because his ego will prevent him for the rest of his life. From actually admitting that he lost. As I have said, repeatedly Deezer claims we will live with, for the remainder of his life. As long as there is life in his body, as long as he can form words, he is always going to tell us the 2020 election was stolen from him. Even though after months of trying, they can’t produce a single piece of evidence to suggest that it was.