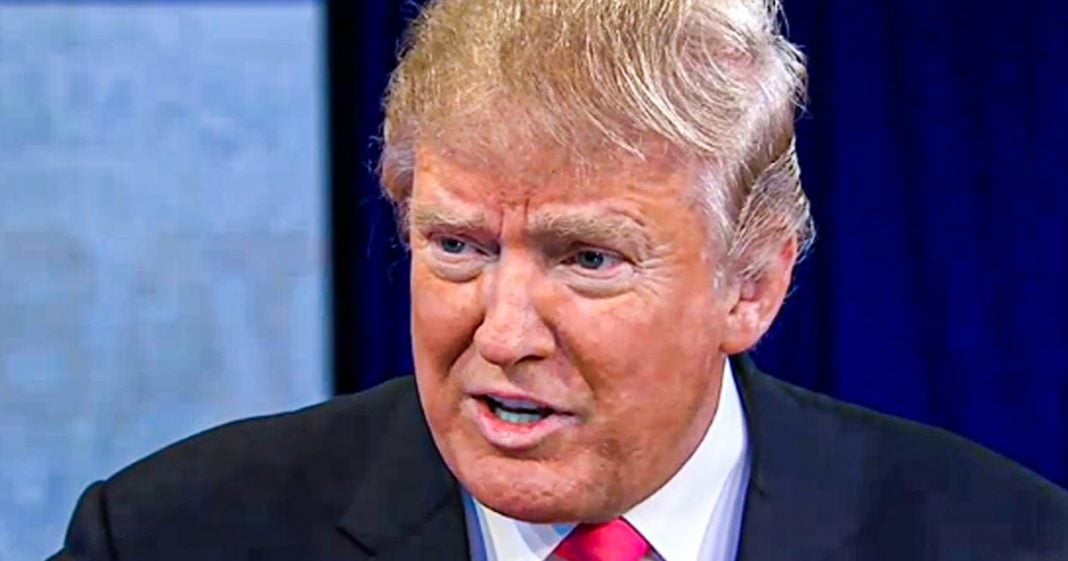 Donald Trump is finally starting to realize that he has no friends left, and the only people who are still supporting him and encouraging him are the fringe wingnuts and crackpots that regular people don’t take seriously. This is what this man has done to his legacy, and he deserves every second of it. The only question is what kind of damage will these “allies” convince him to cause before he leaves office. Ring of Fire’s Farron Cousins discusses this.

According to reports this week, Donald Trump has slowly, slowly this week been coming to terms with the fact that he lost the presidential election. Now I know he teased on Tuesday evening that, Hey, maybe the next administration is going to be him, but deep down, he’s starting to understand that no, the next administration is not going to be you. The voters rejected you overwhelmingly it’s over. But the other thing he is starting to come to grips with is the fact that he has no friends. And that’s the thing that’s actually him off. The election results are making him depressed. According to reports, the lack of friends is making him angry. See, he is mad. And we talked about this earlier the week that people like Mike Pence, Mitch McConnell, uh, Pat Cipollini white house counsel, that they’re not standing up for him and saying the election was stolen, even though it clearly wasn’t.

So he’s mad at them. The only people he has left in his inner circle, the only people he has left to comfort him are the crazy people. Sorry if that offends anybody, but you call it what it is. You know, we all know about his, uh, last Friday meeting at the white house with Sidney Powell and Michael Flynn, where they actually talked about using the military to overthrow the government itself. I guess, even though they are the governments, I don’t know how that works, but he has, he has the wackos, the crackpots, the fringe wing nuts. And it’s not just those two idiots who aren’t actually a part of the administration members of Congress. You know, most members of Congress have already moved on from this, but the few like truly wacko folk, they haven’t Matt Gates. He’s on president Trump’s side. He’s willing to overthrow the federal government by claiming this election was stolen.

He’s one of the Republicans that signed onto that, uh, election challenge, Jim Jordan, the guy that you should never allow into an actual gym. Uh, yeah, he’s, he’s still a good ally. Donald Trump, uh, ran Paul ran Paul, you know, ran Paul who doesn’t know what he believes on any given day. Uh, the guy who actually recently in front of Congress wanted more protection because they’ve shown his house on CNN. You know, he doesn’t seem to care about the fact that right-wingers are literally trying to kidnap and murder democratic governors. No, but because they showed his house on CNN, Oh God, he needs protection. You need protection from your own neighbor dude. And he knows where you live. He didn’t have to watch CNN for that. Nevertheless, these are people that other people, the rest of the country, most of the country doesn’t take seriously. These are people that we laugh at and we make fun of because of how nutso they are. And those are the only friends that Donald Trump has left. Those are the only people still in his inner circle. Those are the only people still willing to go out there. Make absolute fools of themselves, deny reality itself. Just to say that their buddy, their boy, their guy, Donald Trump Totally Won that election. Even though the rest of us in reality, you understand? No, no, he didn’t. He got rejected by a huge margin and we all just want to see him gone.