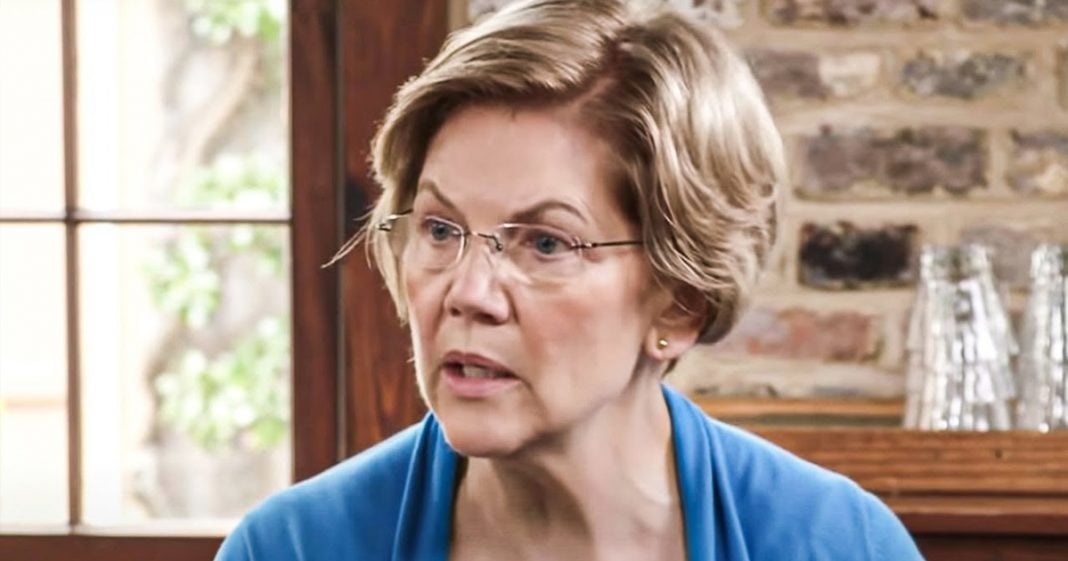 Senator Elizabeth Warren has introduced legislation in the Senate, with Rep. Pramilla Jayapal introducing companion legislation in the House, that would actually ban members of Congress from trading stocks of any kind. This is a direct result of the scandals surrounding Senators Perdue and Loeffler, who have both been accused of making trades based on insider knowledge. Ring of Fire’s Farron Cousins explains why this legislation is absolutely necessary.

Late last week, Senator Elizabeth Warren in representative Pramila Jayapal over in the house of representatives, uh, released companion legislation in both chambers that would ban the trading of stocks among members of Congress. In fact, they both in their joint statement, mentioned the scandals surrounding senators, David Perdue, and Kelly Leffler down there in Georgia who were both facing reelection right now. Very tough race, uh, in their introduction of this legislation. Now here’s the thing. This legislation is not going to pass at all, but they’re doing it to bring light to this situation. And I, I think 100%, this legislation needs to pass, obviously, as I’m sure most people do, because what we have seen over the years, and again, this is not just limited to Republicans. We have seen Democrats do it too. Um, Feinstein’s name jumps out at me as somebody who actually, uh, was doing this earlier this year as well.

So here’s what happens. These members of Congress sit on committees, where they get to make decisions, financial decisions that are going to benefit certain companies. You know, they actually get to decide in committee who this contract, this government contract is going to go to, whether it’s, you know, military, whether it’s energy, whether it’s transportation, they make those decisions. A lot of times in the committee and we find out more and more and more and more that members of these committees own stocks in these companies. And then they direct the money. The contracts to the company, they own stock in the stock goes up, they increase their net worth. Or in the case of LeFlore, they own stocks. They have a secret meeting with intelligence. The rest of the country does not know about yet. They call their brokers and they say, Hey, dump this, dump this, dump this, move it all over here because bad things like a pandemic are about to happen.

Uh, that’s what’s alleged to have happened with Kelly Leffler and her husband, Jeff Sprecher, uh, although apparently they’re not being investigated for this. So not sure why that is. Oh wait. Yes, I am. Because they’re worth a combined $800 million. This practice has to stop and I don’t even think it’s okay if they put it in a blind trust. No, if you want to serve our country in the ranks of our government, you have to sell it. You have to sell it before you ever get sworn in. You can’t own a single stock. Owning stock is not a right. It is not something guaranteed in the constitution. It’s not something mentioned in the constitution. We have other requirements for being able to serve. Why not throw in there? You can’t own stock because you can’t financially benefit from your time. This is a service, not a get rich quick scheme.

That’s what we need. They need to be banned from owning stock, not just from trading it, but owning it. You want to buy it after you leave office. Fantastic. You don’t want to give up the money you may make by owning stock. Cool. Don’t run for office. You have to make a choice. You have to make a sacrifice. That’s what serving in government used to be. We have too many millionaires sitting in Washington, DC right now acting as if they’re actually our representatives or senators. They’re there to make money for themselves. This legislation would pour cool water on that, but not enough. You got to go the step further and you have to ban the ownership until we do that. Corruption will reign Supreme.