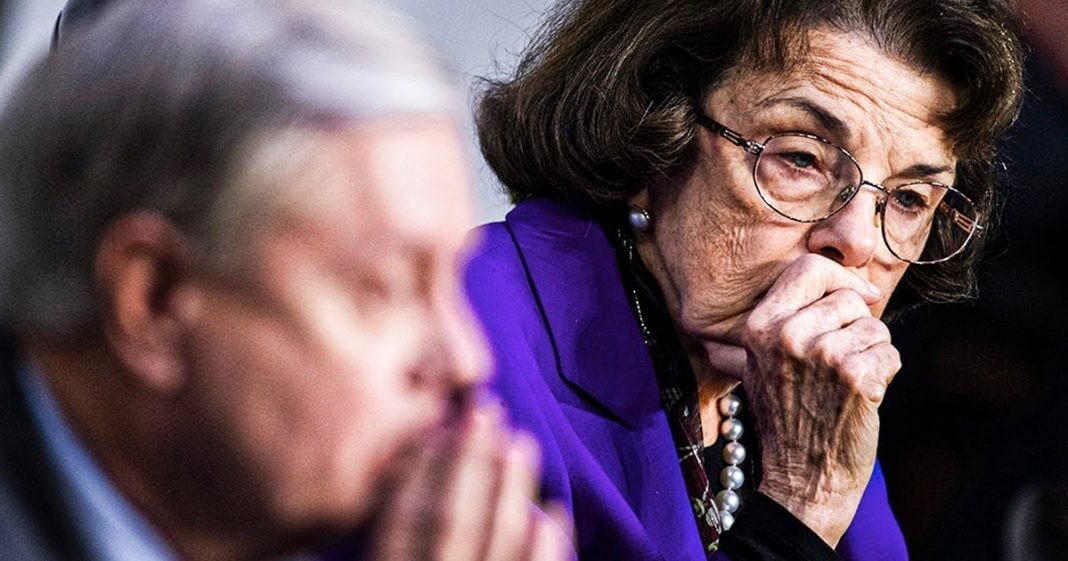 Recent reports have said that Democratic Senator Dianne Feinstein is forgetting meetings and briefings with an alarming frequency. These reports, along with others, have called into question whether certain members of Congress are even able to serve in their positions anymore, and signs are increasingly pointing to “no.” Ring of Fire’s Farron Cousins explains what is happening and why it is so important that we know which members of Congress aren’t mentally up to the task of leading.

Recently, there’s been quite a few reports that have said that a democratic Senator Dianne Feinstein has been forgetting things quite frequently. The 87 year old democratic Senator, according to these reports for gets meetings, forgets briefings, forgets things she’s been told forgets to be places where she has to be. She’s getting forgetful and these reports tie it to her age again, 87 years old. Now you walk a fine line talking about things like this, right? You cannot come across as ageist. You can’t just straight up say if you’re that old, you can’t serve. No, that’s not true. But what we do have to have real honest and open discussions about here in the United States is at what point can we do something? A report came out. God, I don’t even remember when maybe about a year ago where a pharmacist in DC, he admitted that he has filled Alzheimer prescriptions for several different members of Congress.

These are the people that run the country, the people that go up for reelection, and they’re not telling us everything we need to know. Look, we’ve been through four years of a president with very severe mental issues. Now I’m not saying necessarily cognitive decline, but we do know there is clinical [inaudible]. There, there is clinical pathology there, and there is also evidence of mental decline. Sure. Uh, Joe Biden, let’s be honest. There is evidence of decline Feinstein. If these reports are accurate, which we have no reason to doubt them decline. We are a country that’s ruled by a bunch of senior citizens and that’s not a knock on senior citizens. Is it all? But it’s not representative of this country at all. Furthermore, if they’re not up to the task mentally anymore, we need to know that this is information that we have to have so that we can say, listen, thank you for your service, but we’re not going to reelect you.

Okay? We’re not going to let you serve in the, in the Senate until you’re in your mid nineties. That’s irresponsible of us. There has to be a better system in place. We, the public need to be able to call for, you know, uh, competency tests for these individuals, regardless of their age, mental decline can happen at any time. But according to psychologists, mental decline actually does start when you’re about. Middle-aged not for everybody, but a majority of people. Yes, it does. That’s just human nature. And we need to be aware of the folks that have it in a severe enough form that it prevents them from doing their job. And I would say at this point, it’s clear, Feinstein cannot do her job properly anymore. That’s concerning, but things like this cannot continue to be hidden. We need to know these people essentially control our lives. They make decisions every day that affect us directly. We should be able to know if there’s something happening with them that is preventing them from being able to execute this job properly because it’s not overstating it to say that our livelihoods are on the line here.