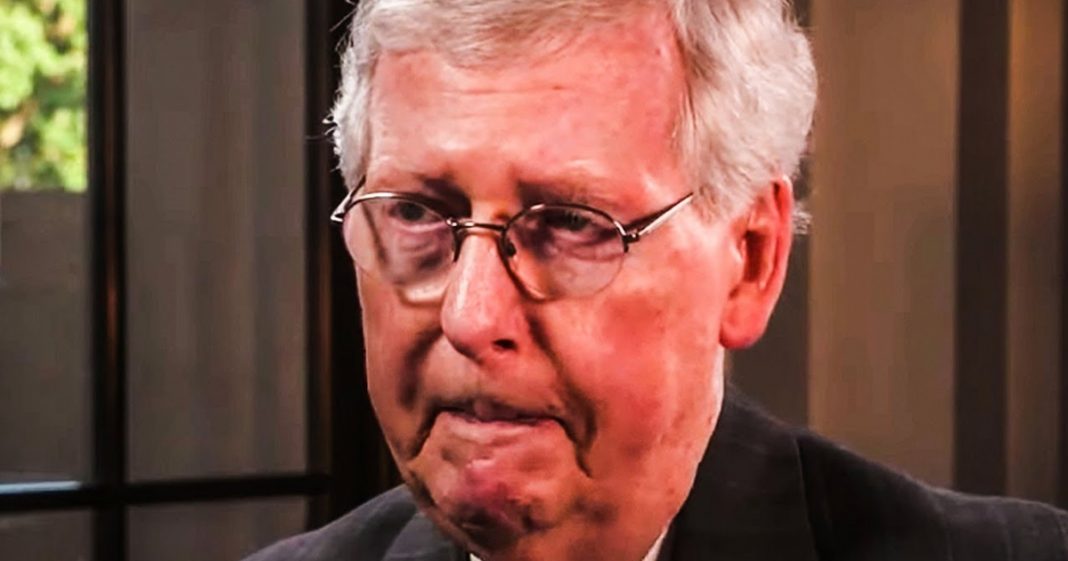 One of the main reasons that the pandemic hit the United States so hard is because of the many failures of conservative ideology. The distrust of scientists, the lack of resources among federal agencies to help, and the overall arrogance the country approached the pandemic with are all hallmarks of the Republican Party, and they helped lead to the massive death toll. Ring of Fire’s Farron Cousins explains why all this happened.

The pandemic here in the United States has claimed the lives of more than 300,000 Americans. The federal government’s response to this has been an absolute train wreck, a train wreck crashing into a dumpster fire. And the reason for that is because this is what conservative ideology is all about. I honestly don’t think things would have been any different. If any other Republican in this country running the show. I do not think this is a uniquely Trumpian thing. This is what conservative ideology has always been about. At least for our lifetime. My lifetime here it is Republicans for more than 20 years now have been telling us that we, the average Joe out there, you know, so much more than those elites from those fancy universities, with their fancy degrees, even though all those Republicans have the same kind of degrees, not doctorates, mind you, but they went to the same prestigious schools that they love to crap on so much, you know, think back to the 2004 election and maybe I’m dating myself on this, but the attacks on John Kerry, who was it, he was an out of touch elitist.

What were the attacks on Al Gore? He is an out of touch, just boring droll, just talking about intellectual things. The common man has nothing in common with them. Why? Listen to these people, same thing with climate change. Are we really going to let these scientists tell us what to do? We know how to run our country best. They can’t tell us these things that they’re experts in and not. That is a port of conservative ideology, ignoring facts, ignoring science, ignoring statistics, and just doing whatever the hell we want to do, because we think we’re the smartest.

And now more than 300,000 people have died just this year from a disease that we really could have gotten a handle on. If we had just listened to the people smarter than us beginning, conservative ideology led to this disaster and nodular with the denial of science. Think about the other things conservative ideology tells us. We have to do. We have to shrink the size of the federal government. We have to cut back all these government agencies. We have to them, Oh, but then we have a national international disaster. And at that point we need the government to be able to function. But oops, years and years and years of underfunding, these agencies of attacking these agencies of getting rid of the experts and putting industry insiders in place, suddenly we can’t respond to it properly. Suddenly we’re caught with our tail between our legs wondering, Oh God, I hope somebody else comes up with an idea because we don’t know no folks.