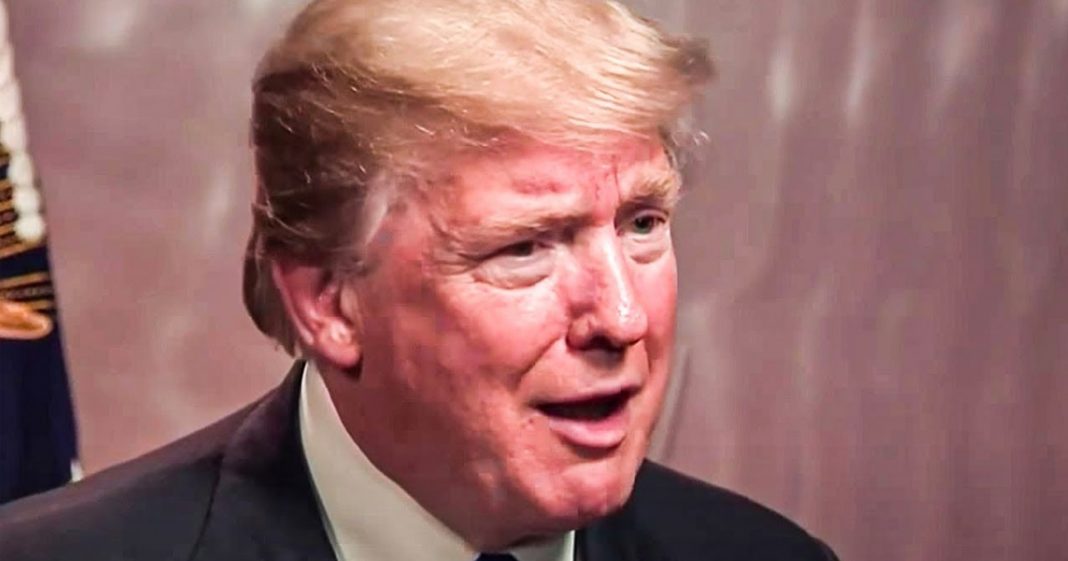 Reports suggest that Donald Trump’s administration has intentionally been withholding data from immigration officials and attorneys in order to slow down, or possibly even prevent, the reunification of separated families. This proves that the cruelty was always the point, and Trump doesn’t want to be seen as weak in front of his delusional base. Ring of Fire’s Farron Cousins discusses this.

I know it’s been lost in the shuffle because there’s a lot of other insanity happening in this country right now, specifically with Donald Trump’s attempted soft coup, uh, but we still have hundreds of children along our Southern border in detention facilities that have not yet been reunited with their parents. They don’t know where their families are. And according to recent court filings from about two weeks ago, it turns out that the Trump administration had actually been hiding that data from the court system, from immigration officials and from the attorneys trying to reunite these children with their families. Now they now have what they believe to be most of that data, but there was about 648 individuals, uh, where the data was lacking. It existed, it was in the government’s database, but they refused to give that to the lawyers, trying to reunite these individuals, which proves this was never about anything other than cruelty.

There was no reason other than to just be jackasses that this administration would withhold that data after all, we weren’t actually trying to bring all these people into the United States, right? They can’t withhold it being like, no, cause you’re just going to bring them into the U S and we can’t have immigration. No, no, no. We were trying to find out where the hell to send the kids. Like, where are their parents? Where did you send their parents? Or in some cases where just send the kids so we can get them back to their parents. We have the parent, we don’t have the kid, or we have the kid, we don’t have the parent. The cruelty was always the point. And they admitted this. They admitted that they were trying to use this as a deterrent. And that is why they suppressed this data, why they didn’t want the lawyers to have it because of people thought they could come over here.

And, Oh, well eventually I’ll get my kids back. Maybe we’ll just try it anyway. That is some absolutely illogical thinking, which of course has been the hallmark of the entire Trump administration. But as everybody sits down to nice Christmas Eve and a nice Christmas dinner tomorrow, let’s not forget about what has happened during this administration. Let’s not be distracted by the insanity coming out of the lunatic in the white house, because behind the ridiculous tweets, there is abject cruelty at play. And it’s been a play for a long time. Trump isn’t the first president to put those kids in cages. Trump isn’t the first president to separate families. Certainly did it to a greater extent than other certainly did it for a longer period of time than others. But Obama’s guilty here too. Absolutely Biden is too. He was a part of that administration. He can write this, he can fix it, but will he, he has to, and we get is our job to hold him to it every single day. Because if don’t, we all become complicit in this as well, the policy doesn’t just suddenly end because we have a new president. He actually has to end it. He has to do that. Otherwise it will continue. And if you don’t hold them accountable, if I don’t hold them accountable, then we’re a part of it too. And by God, I’m not going to let that happen.