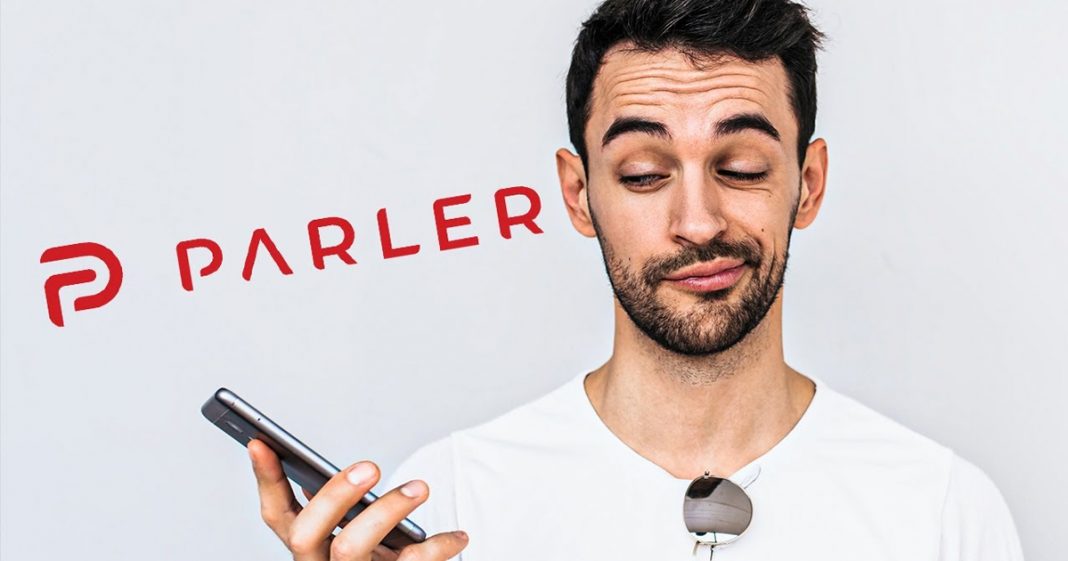 According to new reports, the right wing answer to Twitter, Parler, is already experiencing a severe decline in activity because Republicans find the site too boring. Apparently yelling to an audience that already agrees with you isn’t as fun as Republicans thought it would be, and the entire experiment is likely to go down as a giant waste of money for wealthy conservatives. Ring of Fire’s Farron Cousins explains what’s happening.

According to recent reports Parler, the right wing answer to Twitter is already experiencing a mass Exodus of users because as it turns out, Republicans don’t really like just yelling in the dark Parler has been played since the beginning with not having enough users. Now there are roughly 10 million people signed up for Parler, but according to the reports, there’s only about 4 million active users. Compare that to the tens of millions of people on Twitter every single day. And you start to realize that this place is pretty boring, and that’s why Republicans are already leaving this doomed endeavor. Now Parler has received a couple of million dollars, uh, to start up from the Mercer family, wealthy right-wing Republicans who love to fund some of the most horrific candidates and causes here in the United States. They pumped money into Parler to keep it going. And it looks like they’re not going to get too much for their investment.

Cause again, Republicans find it boring when they don’t have people to argue with when they don’t have other people willing to call them out people to get in fights with it’s it’s all just one big, giant echo chamber where you’re yelling and then what’s, you’re yelling comes right back at you from other people because you all agree with the same thing and it’s, there’s no fun. There’s no debate. There’s no liveliness. There’s nothing on Parler. Now I love this right Parler was doomed to fail from the beginning because not enough Republicans saw it as a real alternative. And the reason for that again is because you’re not getting enough people over there. You’re not getting people from the other side over there. And the free speech problem that they claimed Twitter was having, which is why Parler was allegedly founded to begin with. Isn’t a real thing.

Now this might change, uh, when Trump leaves office and I’m willing to bet he’s probably going to be suspended from Twitter, at least at some point. I mean, they’ve made it clear. They want to do that, but they’re not going to do it till after Biden is. Yeah. [inaudible] so maybe he’ll go to Parler and maybe that’ll give it a little spark of life, but it’s not going to be enough, but here’s the bigger issue. The issue is that Republicans always find money to do stupid things. The Mercers, again, they came in, they put a couple million into this and it became a thing. 10 million people signed up for it. 4 million active users. There is no amalgam of that on the left there simply isn’t. I know Republicans like to think that George Soros funds everything on the left, but trust me, he truly doesn’t. We’re all on our own.

You know, we don’t have any kind of cohesion. I mean, look at what’s happening right now. Still we’re all fighting with one another about policy and procedure, which is actually a good fight to have, like we’re not fighting about petty things. We are fighting. Uh, for the most part, when you get past the personal attacks, we’re fighting on how best to move forward. That’s a good fight to have, but we don’t have the money behind us that Republicans do. And that is always going to put us at a disadvantage. And that is why a lot of the fighting on the left right now is, you know, actually kind of harmful. We have to stick together because the right, when these projects fail, if Parler goes under, which I’m assuming it’s going to eventually these wealthy donors, they will have already made that money back in other ventures.

And they’ll just take that new money to go fund another project. There’s always going to be these little right-wing things popping up always. And those of us on the left, we need to get our act together and start fighting back against these things and maybe possibly form our own group to do something. Because even if one fails, eventually they’re going to come along with something else that won’t, and it’s begun to, uh, going to become a powerful messaging apparatus that the entire Republican party is going to use. And if we don’t start coming together, now we are going to be severely, severely at a disadvantage compared to what they’re going to be able to create. This one was a failure. The next one might not be.