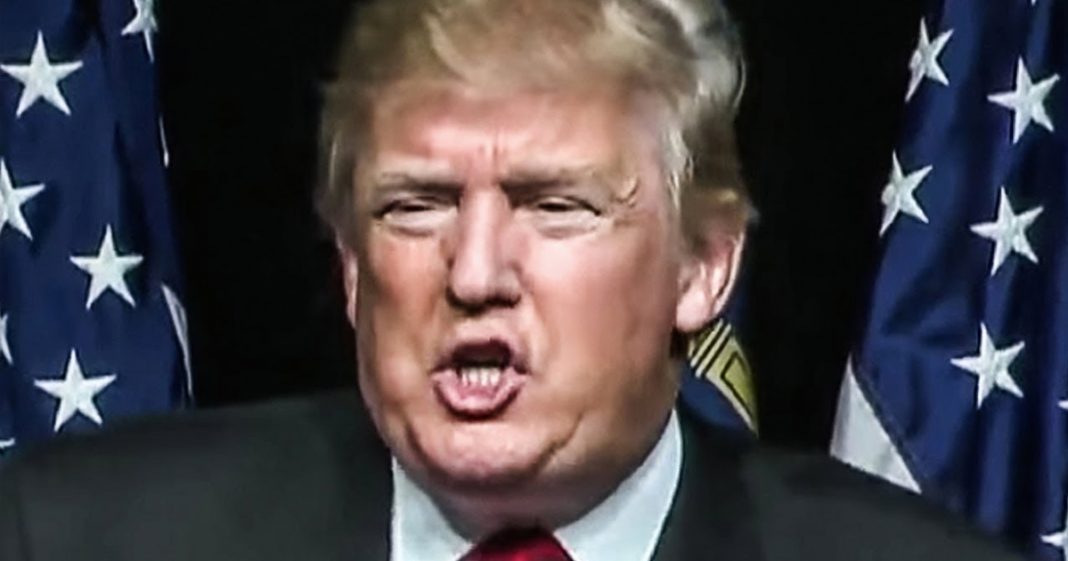 Allies of President Donald Trump hired a data scientist in Nevada to try and locate all of the instances of voter fraud that they have been hyping for weeks. Instead, he ended up actually disproving their talking points by finding that none of what they have been saying has any truth to it. Ring of Fire’s Farron Cousins explains why we actually need more of this in order to deprogram the Trump cultists.

Trump supporters have not given up hope that somehow they’re going to find massive voter fraud and be able to overturn the results of the election and give Trump another four years in office. And, uh, over in Nevada, they’ve actually attempted to do this by, by getting a little analytical, right? Finally, starting to look at the numbers, look at the data and said, listen, we need a guy who knows data when you need a data scientist or a data expert, essentially. So they found one, they found a Nevada resident who is a data expert by the name of Rex Briggs. And they said, Mr. Briggs, will you please go out here? Will you investigate this? You have all the raw data now, will you tell us where the fraud happened and where we can direct our anger and Rexburg said, yeah, sure. We’ll take a look at this. Why not? So Rex Briggs over there in Nevada starts pouring through all the data, comparing all the numbers, comparing 2016 to 2020, looking at turnout by County, looking at voter registration by County, looking at the vote totals, everything Mr. Rex Briggs came to one definitive conclusion. There was absolutely no fraud.

None of the claims being made by any Trump supporters about fraud, at least in the state of Nevada are accurate. They’re all lies. Uh, here it is this from alternate, uh, the data that Briggs analyzed at the request of Trump’s supporters included voter registration, 2016 versus 2020 turnout by County 2016 versus 2020, as well as turnout exceeding registered voters and margin of victory by County Republicans versus Democrats 2016 and 2020 Briggs was also asked to analyze age anomalies and voter registration, EEG, potentially dead voters or underage voters and out of state voters in party registration. After analyzing the data, Briggs found that no evidence of rigging the voter registration process for Biden in Nevada and no evidence of rigging turnout for Biden in Nevada, as well as no evidence of stuffing ballots for Biden in Nevada, which means according to Briggs, as he wrote in an op-ed, there were no counties where there were more voters than residents. See, that’s a big lie. That’s been overlooked by the way, by some of these Trump people saying, well, there was more, more votes than people. Yeah. That went into indicate what he calls, you know, ballot stuffing that’s what’s called ballot stuffing. Excuse me. Um, there was no ballot stuffing, no County had more votes than voters.

And What’s really funny about this is like you actually had to hire a guy. You had to pay somebody money to look and say, well, here’s the population of registered voters. Here’s the number of votes, huh? Okay. This one is bigger. You literally gave a guy money to do that. Y’all are idiots. I’m sorry, but you are, but Hey, good for Mr. Rex Briggs. And here’s the thing we need more Rex. Briggs is out there. This, we need Rex Briggs to go to Georgia. We need Rex Briggs to go to Philadelphia and Michigan and Wisconsin and Arizona. That should probably be the first stop because it’s closest to Nevada and he needs to go through and look at these numbers and convince all of these Trump supporters. Look, here’s the data. This is a number. And this is another number, which one’s bigger and teach them slowly one by one that Donald Trump loss. And there’s nothing they can do about it.