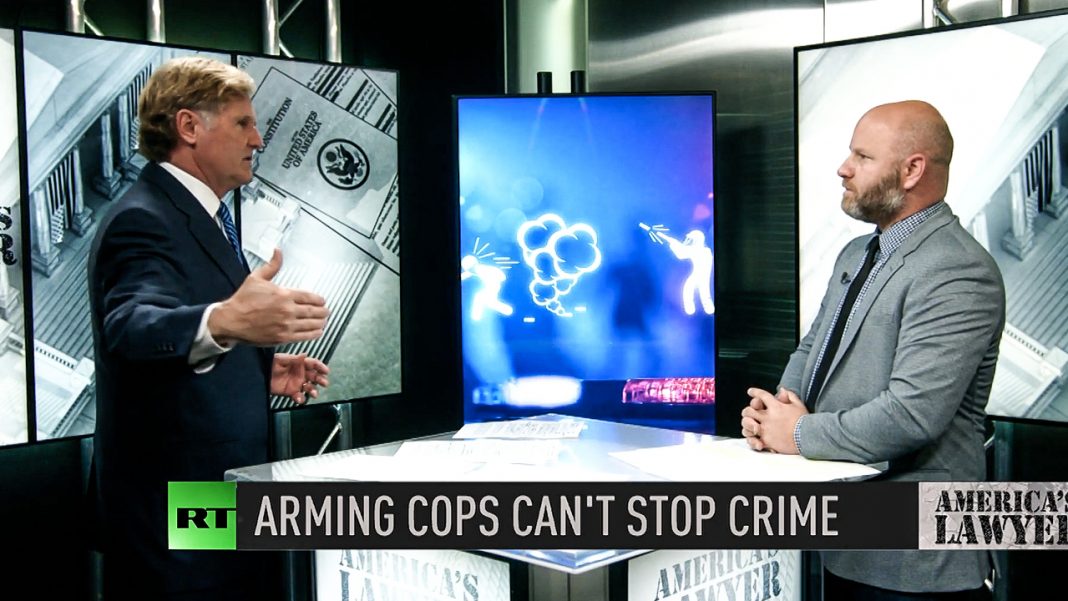 Via America’s Lawyer: Studies show that militarizing local police forces with weapons of war does nothing to reduce crime rates. Mike Papantonio & Farron Cousins discuss more. Plus, media analyst David Lamb joins Mike Papantonio to describe the sentiment among GOP voters, and whether we are in fact witnessing the end of Trump’s barrage of election lawsuits.

David Lamb:                         Well, he’s raising hundreds of millions of dollars, you know, his, his campaign and, and, and a pac that he has set up is raising a ton of money to contest the election. They’re not spending any of that yet, but they’re raising a bunch of it. A poll taken of do you want Trump to run again, nationally, no. Okay. 60% plus do not want Trump to run again, but 76% of Republicans believe that he will run in 2024. And if he does a poll taken of, so these are just Republicans, all right. Who would you vote for in 2024? Trump does the best. That’s no surprise, 52%. Pence though, surprisingly comes, he’s second with 45%, followed by Ted Cruz, Don Jr., Nikki Haley. I wonder if that is why Mike Pence is relatively quiet right now and through this process.

Mike Papantonio:             But, but look. With Pence, I’ve always wanted to put a mirror under his nose and see if there’s condensation. Because I, I don’t sometimes I wonder is the guy alive.

Mike Papantonio:             Trump is raising money for something else. He understands his fights with the media.

Mike Papantonio:             He wants to create his own media infrastructure.

Mike Papantonio:             My prediction is Donald Jr. as you know, is already out running, raising money for this.

Mike Papantonio:             Yes. Yes. Yes. And they do that by building a media empire, much like Fox. Is there anyone on the GOP side who can make a run that you feel, I mean, you say Pence is the guy?

David Lamb:                         Pence at this point is, but what happened, a lot’s going to happen between now and then. And, and as, as mercurial to be gracious as Trump is, Pence can easily get in the Trump doghouse. And what happens whenever, whenever Pence does, does not lap it up as much as Trump wants.

Mike Papantonio:             Upset. Yeah. Upsets anything Trump has to say, Trump goes crazy and tries to deconstruct him. That’s your point.

Mike Papantonio:             Don, Don, Don Jr. doesn’t have a chance in hell, okay. He’s a terrible candidate. But what he is is he’s the lead to build this new media empire. I really think that’s what you’re going to see in the next four years. He’s raising serious money.

Mike Papantonio:             Hundreds of millions of dollars already to build this media empire. And when he does it, you’re going to see that divide in America get even stronger.