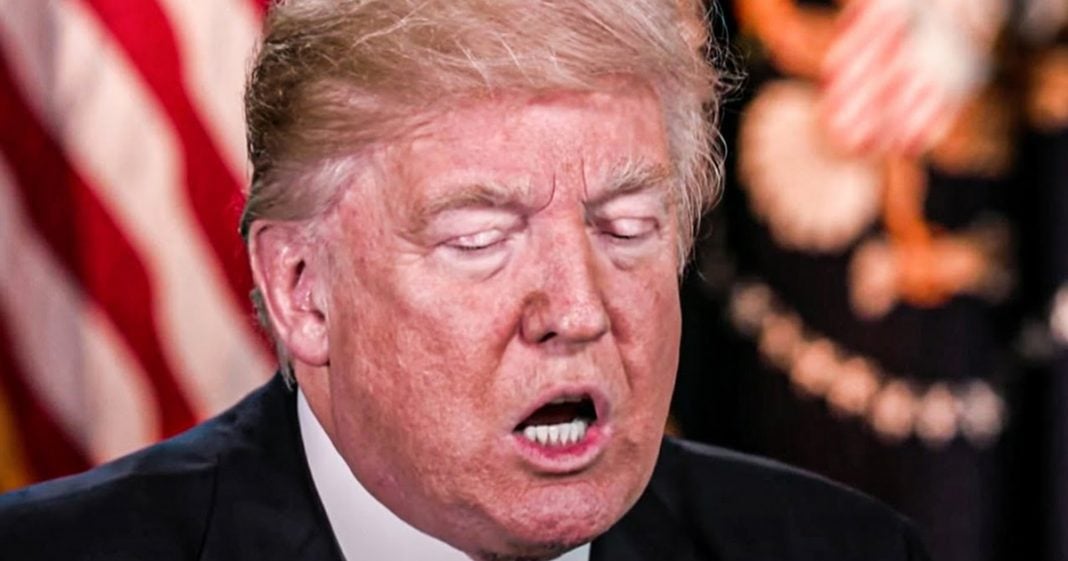 A watchdog has provided information to House Democrats showing that Trump appointees attempted to edit or suppress at least a dozen different reports from the CDC and other government entities during the pandemic. The goal was to prevent the public from learning how bad the situation really was, and this has helped convince millions of Americans that everything is overblown. Ring of Fire’s Farron Cousins explains what happened.

According to a new report by Politico, a representative, Jim Cliburn has gotten his hands on a watchdog report saying that 13 times in the past year, officials Trump appointees from this administration attempted to either alter, edit, or block scientific reports from coming out to the public about the Corona virus situation, at least 13 different times. These Trump officials didn’t want you to know the truth. That’s 13 times in under 12 months, that’s a pretty horrifying average folks. At least once a month, during this pandemic, the Trump administration sitting there saying, no, they can’t no, this, no, this makes us look bad. No, we can’t say this. And this has been the administration’s stance on everything since day one, with this pandemic, how this psychopath got 73 million votes in the election is still beyond me. How 73 plus million people looked at what had happened this year and said, give me four more years of that.

Clearly 73 million people in this country have a death. Wish this man and everyone, he is put in power that was involved in this little scandal here, a scandal, which by the way, they’re never going to be held accountable for, I mean, technically there’s obviously no criminal activity here. Just dishonesty. It’s morally wrong. It’s ethically wrong. But unforced, unfortunately stews me. There is nothing prosecutable in here. So that’s disappointing. But hell, even if there were nobody would do anything about it. Nobody ever holds anybody else accountable in Washington, DC and that’s what’s becoming infuriating. Oh sure. Republicans try to pin everything they can on Democrats only to find out later. Oh, well it turns out there’s no criminal activity there. And then Democrats get all this evidence of all this wrongdoing by Republicans. And they’re like, well, I don’t even think we should have a hearing about it.

I want to go home for the holiday. Yeah. That’s why nothing ever changes. That’s why nothing ever happens. That’s why nobody’s ever held accountable. Oh, you hide your impeachment thing. Sure. But that’s only because you later found out or as it went on, you found out he was trying to screw with Joe Biden and you weren’t going to have that. No. When he was screwing with the constitution that y’all, didn’t care about that, but it comes to one of your own who will get them. Now this is ridiculous. People are dead. People are dead because of the actions of this administration because of their suppression of the data, because of their blocking of it. Because of their editing of it, editing that we also know that Kellyanne Conway, that Ivanka Trump, they were involved in this as well. Why? Because the CDC, HHS, they were going to put out information that ran counter to what Donald Trump was saying publicly. And because they were going to put out information that they thought might make the administration look bad and heck it was an election year. Can’t have the president looking weak. That’s why this happened. That’s why more than 300,000 Americans are in an early age grave right now because of Donald Trump because of his incompetence. And because this entire administration cared more about preserving their power more than they did about saving lives.