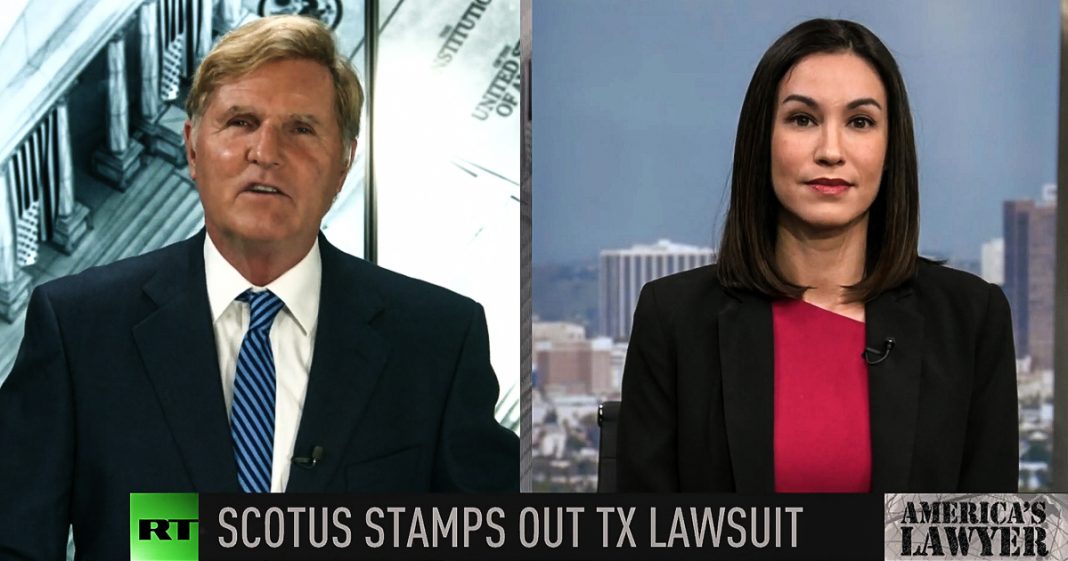 Mike Papantonio:             A Republican Senator is proposing jail time for live streaming outlets that violate copyright law. Oh my God. Comcast, MSNBC, I mean, NBC, huge money moving into this space that are getting these, do nothing politicians that don’t do anything unless they receive really big money. This guy right here, right? He won’t do anything unless he gets money from, from the media industry. So what is the media industry trying to accomplish here?

Farron Cousins:                  This is absolutely terrifying, you know, for, for, for us, for what we do, because Thom Tillis has put this rider on a must pass spending bill, which could come to a vote this week, that says if you use any kind of copyrighted material, if it’s a clip from another network, if it’s a song owned by one of these, you know, music outlets, instead of it being just the, you know, Facebook or whoever is going to flag you for it, no, we want to be able to prosecute you with a minimum sentence of jail time, prison time for using a clip of a song in your video. I mean, these are things that we do every single day here and we have for many years. We don’t use copyrighted material, but sometimes if you’re showing a clip from another network, you know, if somebody on MSNBC or Fox news says something weird, you put that in there. They want to be able to put you in jail for using five seconds of their video.

Mike Papantonio:             Yeah. So I went back and looked a little further. You know who the face of all this was when it started, Harvey Weinstein. This is, this was the face of the guy going and saying, oh, we need some new laws, this pig of a person, absolute pig of a person leading the charge on behalf of the media. Then comes Tillis, right? Tillis is the guy that’s writing the legislation. He’s their gimp. He’s the one they pull out of the box anytime they need something. They pull the gimp out of the box and then the media industry, corporate media pulls him out and gets whatever they want. I hope this dies just like Justin Bieber, I’m not a huge Justin Bieber fan, but he says this is disgusting, it’s revolting. That what you’re trying to do is you’re trying to dampen creative effect in the United States.

Farron Cousins:                  Well, and a lot of it is too, is this is, you know, the corporate media fighting back against independent media, because that is where a lot of these viewers are now turning. They’re turning off the television, they’re going to YouTube, they’re going to Twitch and they’re watching these people with new independent ideas that they know are not influenced by corporate shareholders. They’re flocking more to that and these networks are trying to hold onto the last little bit they have and say, okay, but if you use our material, it’s going to be hard for you to stream when you’re behind bars.

Mike Papantonio:             Yeah. So as you think about it, you think you have some sympathy for corporate media, for Comcast and NBC and Sony and all these folks trying to make this happen. Visualize the pig, Harvey Weinstein, he was the face of this when it started, before they threw him in prison for raping people.

Mike Papantonio:             The US Supreme Court has rejected Texas bid to in, to invalidate the results of this year’s presidential election in four swing States where Donald Trump lost. Brigida Santos joins me now to put this in perspective, you know, Brigida to me, no surprise here, even though, you know, you have everybody who was, oh my God, the Supreme Court is lost to the right. They’re not going to be judges anymore. Doesn’t this kind of get in the way of that argument? Why has the high court denied the complaints? I mean, what’s their reasoning.

Brigida Santos:                   Yeah. This gets in the way of that, for sure. Now the US Supreme Court has rejected a complaint aiming to invalidate election results in Pennsylvania, Michigan, Wisconsin, and Georgia. The lawsuit was spearheaded by Texas attorney general, Ken Paxton, who accuses government officials in the four defendant States of unconstitutionally revising their state’s election statutes without legislative authority when updating mail in ballot rules during the pandemic. Now in the lawsuit, Paxton also questions the security of mail-in ballots and accuses the States of weakening signature verification and witness requirements for the ballots that were cast. But SCOTUS has denied the motion citing lack of standing under article three of the constitution. The high court States, “Texas hasn’t demonstrated a judicially recognizable interest in the manner in which another state conducts its elections. All other pending motions are dismissed as moot.” The Supreme court’s rejection is widely seen as the final stop for those in the Republican party who are seeking to overturn the results of the presidential election.

Mike Papantonio:             Yeah. I mean, coming from Ken Paxton being charged that there’s crimes taking place, that is very special because five years ago, Ken Paxton, the guy who’s making these accusations well, he was charged with crimes and it’s issues still going on. You know, why hasn’t he gone to trial? He instead, he’s up there making this issue in front of the Supreme Court. Starts with no legitimacy, simply because it’s Paxton to begin with. He hasn’t gone to trial yet, has he? Is something happened with Paxton that I missed?

Brigida Santos:                   No, he hasn’t gone to trial. Texas attorney general, Ken Paxton was indicted on felony securities fraud charges back in 2015. And this October seven of the highest ranking officials in his office wrote a letter to the Texas director of human resources stating that they have good faith, belief and knowledge that Paxton is violating federal and or state laws, including improper influence, bribery, abuse of office, and other possible crimes. Paxton denies the allegations. As to why he’s yet to face trial, well, that’s not clear, it’s, it reeks of corruption. So far there’s no trial date on the books and the main activity in the case has been venue changes and disputes over payments to these special prosecutors handling the case. But the recent whistleblower complaints and Paxton’s highly publicized efforts here to overturn the election results are renewing the pressure to get a trial on the books. Now we’ll see if that happens. A lot of people believe that he filed this lawsuit as a plea to president Trump, to try to get a pardon.

Mike Papantonio:             In other words, corruption center led by Paxton in Texas, I mean the very heart of corruption is going to the Supreme Court and they’re saying there’s corruption in the electoral process. That is very rich. You know, this, this week the electoral college has officially affirmed Joe Biden’s presidential win, but the Donald, well, he continues to fight the court. What’s his latest legal battle. We know the, we know the ending to the legal battle and nothing has worked for him because there’s no evidence. It’s like somebody was interviewed the other day on, on corporate media and they were saying, well, what evidence do you have that there’s been anything on, on toward here? And the guy says, well, I don’t, I, I didn’t actually, I wasn’t there when they landed on the moon. So isn’t that an analogy here? That’s, that’s the kind of thinking we have. What’s your take on this?

Brigida Santos:                   Yeah. Look despite the actions of the electoral college and Supreme Court this week, president Trump and his legal team, of course, they’re not going to give up. They’re now filing another election lawsuit, this time in New Mexico, accusing the state of breaking the law when allowing voters to drop off absentee ballots, rather than handing them to the location’s presiding judge in person. Now, at this point, any new lawsuits are completely performative. This is unsurprising for the president. He’s not going to go down without a fight and he’ll probably drag this out all the way to the end.

Mike Papantonio:             Yeah. The question is how much damage does he do to the democratic process while he’s doing that? That’s what we ought to be focusing on. Brigida, thank you. I, I, we want to do another story in a few weeks and I think it’s going to be the same story and Trump is going to have the same results. Nothing is going to happen here. Joe Biden is the president. Get over it, Trump. Thank you for joining me. Okay.