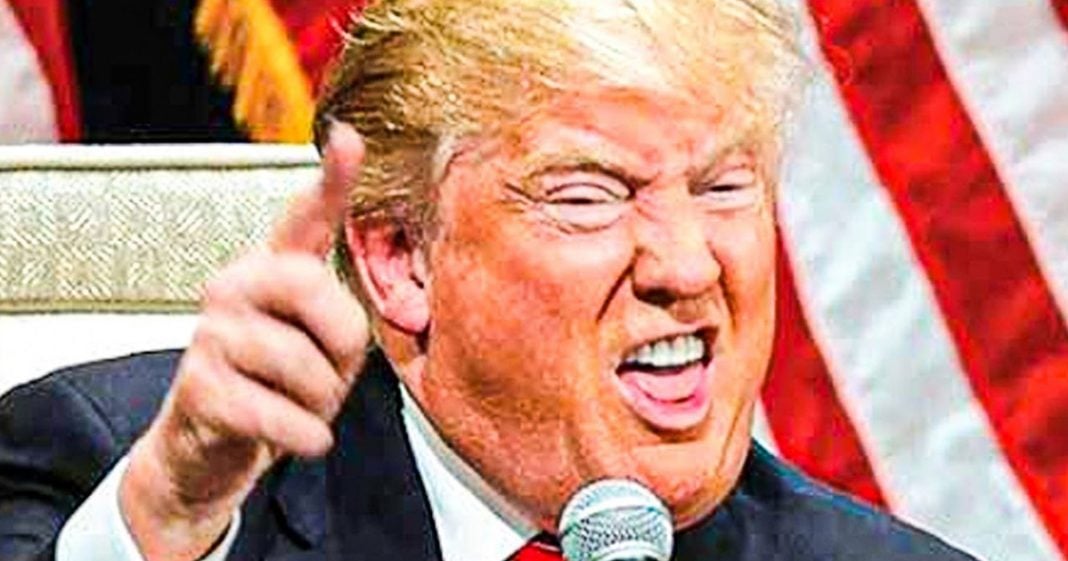 Newsmax was forced to issue a massive apology and correction about their reporting for the past month and half in order to avoid a lawsuit from voting machine companies. The network admitted that most of what they had said about the companies in question was a lie, and this led to conservatives flipping out and claiming that the network was now a part of the “system.” Ring of Fire’s Farron Cousins explains what happened.

Yesterday Newsmax, one of Donald Trump’s new favored networks was forced to issue an on-air correction slash apology slash admission that they had lied about both smart MADEC voting software and dominion voting machines. And of course they had to admit that they’d been telling these lies pretty much every day since the election. Now we’re going to show the clip of a reporter, John tobacco, sorry. It sounds like the most fake name ever. Uh, anyway, John tobacco, uh, talking about the, uh, uh, issuing the apology, but first why? Right. Why, why is Newsmax suddenly out there saying, okay, we’ve been lying about all this fraud. We lied about what happened. We lied, lied, lied, lied, lied. Here’s the truth. Why are they doing it now? Because both Smartmatic and dominion are about this close to filing slander lawsuits against Newsmax one America news network, Sidney Powell, possibly Rudy Giuliani, and possibly even the president of the United States for spreading these baseless conspiracy theories about their companies that is leading to them, not getting contracts. That is absolutely a slander and they can 100% Sue for this and they would win. Like they would win very quickly in these cases. So Newsmax to cover their own behinds had to issue this statement here.

John Tabacco:                     Since election day, various guests, attorneys and elected officials have appeared on Newsmax and offered opinions and claims about Smartmatic and Dominion systems. Both companies that offer voting software in the US and Newsmax would like to clarify its news coverage and note that it has not reported as true certain claims made about these companies. There are several facts our viewers and readers should be aware of. Newsmax has found no evidence that either Dominion or Smartmatic owns the other, or has any business association with each other. We have no evidence that Dominion uses Smartmatic software or vice versa. No evidence has been offered that Dominion or Smartmatic used software or reprogrammed software that manipulated votes in the 2020 election. Smartmatic has stated that its software was only used in the 2020 election in Los Angeles, was not used in any battleground state contested by the Trump campaign. Newsmax has no evidence to the contrary. Dominion has stated the company has no ownership relationship with the Pelosi family, the Feinstein family, the Clinton family, Hugo Chavez, or the government of Venezuela. Neither Dominion nor Smartmatic has any relationship with George Soros. Smartmatic is a US company and not owned by the Venezuelan government, Hugo Chavez or any foreign official or entity.

I love the fact that he actually has to address each and every lie that they told. Okay. So, you know, Hugo Chavez, it turns out was not involved in any of this most likely because the man died before any of these companies existed. Um, yeah. Okay. George Soros, totally not involved in this there’s there’s no connection to Pelosi or Schumer and you know, big foot was also not actually seen stealing votes. So I just all kinds of wackiness that John tobacco has to mention on air, like, okay, we had said this when we said this, we did this too. And it’s all fake all false. So after this, you had a massive right-wing freakout because conservatives apparently thought that Newsmax was above the level. They thought it would be as one comment or online. Put it the Robin hood of news agencies read a couple of responses here from angry conservatives about Newsmax having to apologize. Uh, one person just straight up said, Newsmax is so weak. Another said, now I learned the Newsmax is just a part of the deep state supporting the cheaters and trying to wipe the traces of the votes, stealing what a pity. I almost thought this channel was going to be the new Robin hood of news agencies. So they will be not.

So they will be not. Okay. Okay. Maybe watch some educational programming every now and then maybe just throw that into, mix it up. I’m just saying. So they will be not another said way over 300 sworn affidavits are evidence of illegal activity, but the liberals everywhere just ignore the truth. They are not after justice thereafter power. Yeah. 300 crazy people who go up and say, Hey man, I saw the fraud hotshot first hand, a Schwab or two. It really will. You swear under oath to it? Nah, nah, I won’t. Yeah. See, they, they leave out that part after the affidavit’s where most of them had to go back and admit like, yeah, Hey, I lied. What I said, didn’t happen. Or in most cases with most of these affidavits, what they’re describing is an actually fraud or vote stealing or anything that’s illegal. So that’s the problem with all of those affidavits.

They’re all garbage, not worth the paper they’re printed on. So there you have it Newsmax trying to cover themselves and Hey, here’s the good news folks. Maybe it doesn’t stop with dominion and Smartmatic. Maybe it goes to other groups, other people, other companies that these networks are slandering, slander and libel lawsuits are about the only thing we have to hold media outlets accountable. And in this particular instance, just the threat of a lawsuit that was coming down the pipelines that was enough to get this network to buckle. And I guarantee you, they’re going to be a little bit, not a ton, but a little bit more cautious. [inaudible] moving forward. And that is a win for America.